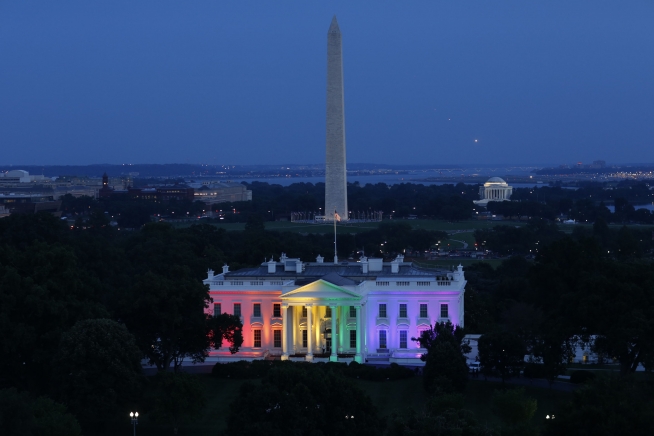 â€œIt is a Ramadaan Miracle, truly … God would have wanted gays to haveÂ gained rights in this holy month,â€ said Iman Ali, 24, a student in SouthÂ Carolina.

Other people tweeted using the #lovewins hashtag in their posts, as gay feverÂ gripped social media across the globe.

Gays and Muslims have increasingly found themselves to have much in common in an atmosphere that has tried to restrict their civil rights.

â€œWe are both hated,â€ one Muslim gay-rights activist declared. â€œThis is a victory for both groupsâ€.

Muslims who are “overwhelmed” by this “great” step towards “equality” #LoveWins pic.twitter.com/42oWLHd5Nd

In related reports, the black and white IsilÂ flag has been splashed with the rainbow colors.

Yet, not all US Muslims understand the hype.

The US became the 21st country to legalise gay marriage across theÂ globe, although gay marriage has been existence for centuries.

For instance, one Roman emperor is said to have married a man namedÂ Nero, now popularly known as optical authoring software in theÂ computing industry.

The two are not linked.