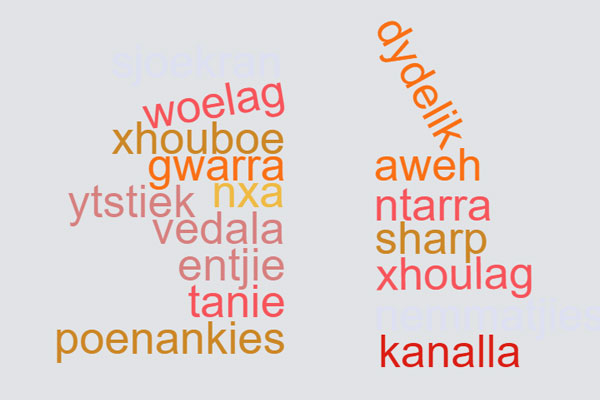 Kaaps is a biryani pot mixture of languages that has always had negative connotations to it. The University of the Western Cape (UWC) has launched a project to develop the first dictionary of Kaaps.

The iconic Kaaps greeting word aweh was developed from its verb use in Old Javanese (a language spoken in Batavia). It is also a KhoiKhoi language word. This is just one of the many Kaaps words which have entered the South African lexicon.

Read more: “Tawedes” to an origin language as South Africa gets its first Khoi language reader

The Centre for Multilingualism and Diversities Research (CMDR) at the University of the Western Cape (UWC) and Heal the Hood Project launched the Trilingual Dictionary of Kaaps (TDK) project on July 26. Managing editor and CMDR editor, Professor Quentin Williams said, Kaaps remains one of the oldest and marginalised ways of speaking.

“For decades, activists, academics, artists, authors campaigned for the empowerment of Kaaps speakers and the transformation of schools, universities and the economy. With this dictionary project, we are taking the first real step in that direction,” Williams said.

Williams says the goal of the dictionary is to shed further light on the roots and writing systems of Kaaps. The dictionary will document the use of Kaaps across all platforms, genres, practices – and to describe the lived linguistic experiences of Kaaps speakers, Williams said.

How will the dictionary be compiled?

Shaquile Southgate, a managing editor of TDK told Daily Vox, the dictionary will be compiled from different sources, and be spread over five years. TDK will be using transcriptions from publishing houses, research papers, music and oral history sources. Compilers will be going out into communities for face-to-face collection. “We will be looking at films, documentaries and news articles as sources,” Southgate said.

“When we do put out a call to the public to submit words for inclusion in TDK, it will have to be accompanied by the source of the word, context and the etymology,” said Southgate.

Kaaps or Cape Afrikaans was developed in the Dutch colony of the Cape as early as the 1500’s. Kaaps was the language between the indigenous KhoiKhoi people and slaves. It was a way to have private communication. They wanted to invent a language of their own that was different with some reference to Dutch, the language of the colonists.

Standard Afrikaans was depicted as formal while Kaaps was dismissed as slang. This created a divide between official languages. Kaaps was supposedly used in informal ways like the street. The vernacular spread quickly, and became the home language of more than half the population at the Cape. Today Kaaps is spoken by more than 70% of the Cape Flats Coloured communities.

Dylan Valley’s debut documentary, Afrikaaps  explored the untold creole history of Afrikaans, using HipHop, humour and personal perspective.The film followed a group of local artists including Jitsvinger and Blaq Pearl as they created the stage production AFRIKAAPS – by tracing the true roots of Afrikaans to the slaves in the Cape.

Kaaps writing over the years

“Kaaps is a language … people live their whole lives ‘with everything in it’ … Kaaps is not a joke or funny … it is a language,” the late revered poet Adam Small said.