Home As Told to “Uzalo has taught me that it is important to understand and accept...
WhatsApp
Facebook
Twitter
Email
Print 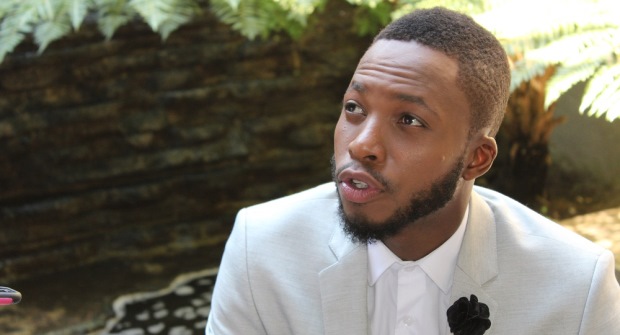 With Uzalo being the most popular show in Mzansi, Lizeka Maduna was lucky enough to catch up with NKOSINATHI “NAY MAPS” MAPHALALA (who plays Mxolisi Xulu-Mdletshe). He shared his challenges, passion and secret to success.

Growing up, my parents thought I would become an architect because I loved art, especially drawing. Although I was good at drawing, my heart was more into music, acting and television presenting.

At university, I did Information Technology but at a second level I realised that my calling is in acting and music. After dropping out, I started approaching different agencies and it was the most difficult journey as most of them turned me down. People didnâ€™t have faith in me and no one wanted to help me.

Telling my parents that I didnâ€™t want to enrol in IT anymore was not easy because I didnâ€™t know how they were going to take it.

Acting allows me to express myself and that alone is a form of art. It encourages me to do the best that I can and be. I am a man of faith and I believe in God. I believe that so long as one has faith, nothing is impossible. I am a living proof of that; there are always trying times but faith is the driving force behind possibilities and dreams.

Before I started my role on Uzalo as Mxolisi, I was featured in Isibaya as Tshepo in 2014 but I only played that role for a short while.

Being part of the Uzalo cast has been a tremendous experience and it has taught me so much in life. Working with people who I have always wanted to work with has been a dream come true. This role has thought me to embrace different people with different backgrounds and not to judge anyone.

Uzalo has taught me that it is important to understand and accept people for who they are. I have also learnt that whatever role or character one portrays, there are always similarities and differences between that person and that particular character.

Being featured on the show that has become widely popular in the country has been an honour, although there are challenges that come with it. There are always downfalls such as false stories that are being published in the media, which paintÂ some of us in a bad way and raise a lot of questions to our parents back at home.

My role on Uzalo has made my passion for acting stronger and someday I wish to take my talent to London and start producing my own show there which will feature mostly Mzansi talent.

Contributing to the show that has taken theÂ South African audience by storm and the love from people has humbled me. I wish young people could believe in themselves and know that with God anything is possible. All we have to do is believe, dream and work as hard as we can to achieve our dreams.

As told to Lizeka Maduna