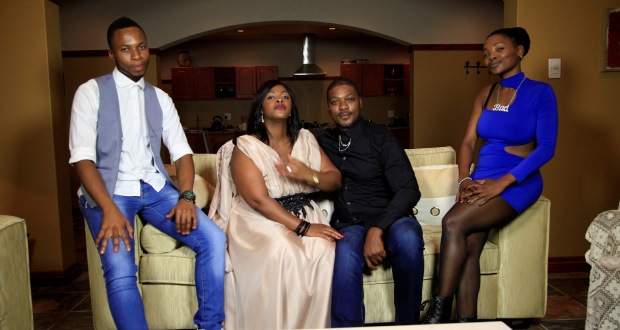 The second season of Uzaloâ€™s story line hasnâ€™t been clear enough since it first aired. The first season explored the secret of the switched babies and a huge family feud, but this season leaves the viewers with questions as to how it will unravel. LIZEKA MADUNA rounds up what you may have missed over the last few weeks.

After the secret of the switched babies was revealed and Gxabhashe was arrested, viewers were unsure what will be next. The next big plotline has focused around MaNgcobo and Mxolisi’s criminal activities.

After Mxolisi moved in at the Mdletshes, Nkosinathi had to be ready to move to Cape Town for his first year at university. After hearing something he wasnâ€™t supposed to, he vanished without any trace. He had come across MaNgcobo (Gxabhasheâ€™s wife) and Mxolisi at the panelbeating shop and overheard them conspiring about stealing cars for the last time.

Viewers wondered where Nkosinathi had disappeared to, and even started losing faith in the slow, when it was revealed that it was MaNgcobo and Mxolisi who had killed Nkosinathi. He had threatened to report them to the police for conspiring to steal cars. It seems like the criminals are all too happy to add murder to their list of dirty deeds, though.

Mxolisi has tried to clean up his own mess by framing his cousin Bandile with Nkosinathiâ€™s murder. One would think that Mxolisi would change his behaviour after moving in with a God-fearing family, but it looks like this leopard hasnâ€™t changed its spots.

This awful plan has just made a massive mess for MaNgcobo. Her nephew, Bandile, has been charged and sentenced for Nkosinathi’s murder â€“ who he doesnâ€™t even know â€“ and Bandileâ€™s mother (MaNgcoboâ€™s sister) had a heart attack after receiving the news about her son.

MaNzuza has finally accepted that Nkosinathi is gone following the murder case. But she is convinced that Bandile killed Nkosinathi in a scuffle over drugs. She is still in the dark about what kind of a person her prodigal son, Mxolisi really is. The secret of two babies who were switched at birth placed a strain on her, but as a woman of God, she prayed about it. When she discovers that her beloved son killed his only brother, will she find it in her heart to forgive him? This will certainly kill her.

As for Mxolisi, his own conscience hasnâ€™t given him a break since he killed his brother. Now that he has framed his cousin for his devious acts, will he ever find peace in his heart?

Now that an innocent boy has been framed and arrested instead of his aunt and cousin, does this mean MaNgcobo and Mxolisi have taken care of their mess for once and for all? Will they get away with this one too or is it just the beginning of the worst? More drama looms for Uzalo as the viewers wait in anticipation of how this season will play out.