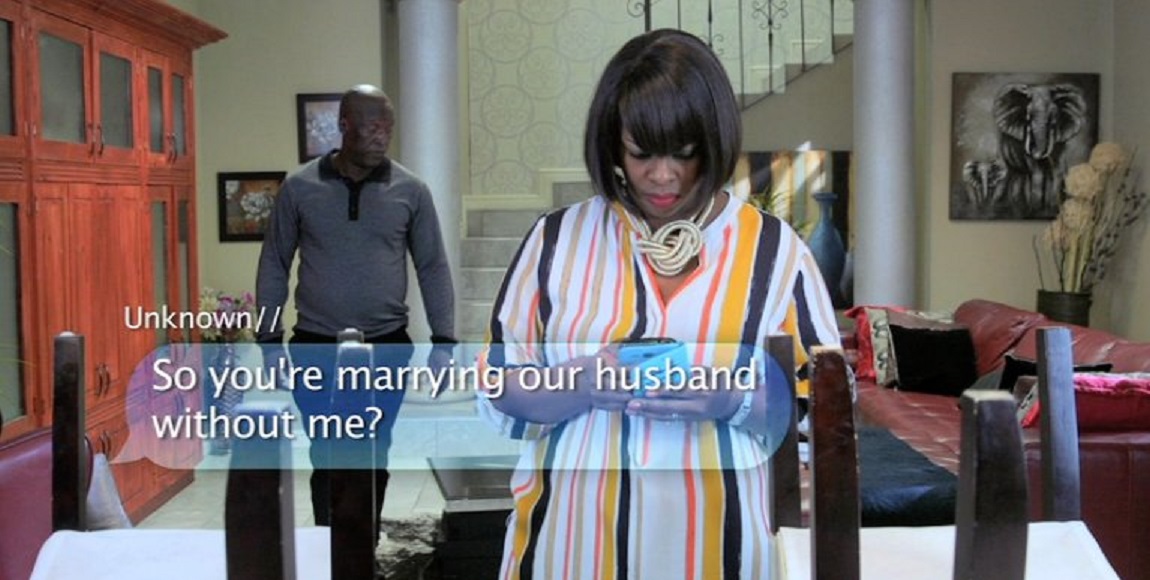 While MaMlambo is off on a quest to find GC and get her money back, MaNgcobo almost lost it when she received another shocking gift yesterday on Uzalo. Whoâ€™s behind the the mystery gifts and what do they want to gain?

This time the gift was a battered toy car from a â€œMr Revengeâ€. The toy car – which looked exactly like the one Nkunziâ€™s first wife, Innocentia used to drive – triggered a memory of the day when MaNgcobo killed Innocentia. MaNgcobo began to cry hysterically, causing a very confused Zekhethele to panic and call her father, Nkunzi to come home urgently. But this is not the first clue to MaNgcobo that someone knows her secret. Letâ€™s unpack.

MaNgcobo first received a strange note at her home which read, â€œDid you go ahead and get the massage without me,â€ she didnâ€™t quite understand. Was it a reference to the fact the two women used to go for pamper sessions together?

After her engagement party, around the time she and Nkunzi started making their wedding plans the second time round (their plans were scuppered the first time when Nkunzi got arrested on the wedding day) MaNgcobo received an SMS from an unknown number asking if she was going to marry â€œourâ€ husband.

MaNgcobo came to the conclusion that Innocentia is haunting her. Nkunzi tried to reassure her, telling her this isnâ€™t possible but MaNgcobo flipped and accused him of taking Innocentiaâ€™s side.

So is Innocentia really haunting Mangcobo or is she still alive?

If you recall, the police previously told the family that Innocentiaâ€™s car had fallen off a cliff. But when they eventually retrieved the car, they didnâ€™t find a body. MaNgcobo freaked out because sheâ€™d pepper-sprayed Innocentia and knocked her unconscious with a gun before putting her back in the car and pushing it off a cliff, thinking the fall would kill her.

If Innocentiaâ€™s body was never found, itâ€™s likely sheâ€™s somehow managed to escape and is the one sending MaNgcobo these clues and reminders from that day to torment her.

But the real story might not be so obvious. Letâ€™s assume Innocentia is really dead. This could mean someone else may have seen what MaNgcobo did that day and is trying to use it against her. But who would have been on hand to witness it, and what could they hope to gain from messing with MaNgcoboâ€™s mind?

This may sound far-fetched but Zekhethele never fully approved of her father taking a second wife, more so after she found out it was MaNgcobo. Even when her father told her they were getting back together, she never approved. Could she be the one who knows what MaNgcobo did to her mother? Either way, the truth is bound to come out eventually.

What if Duma Ndlovu is the one who keeps sending Mangcobo gifts?

Do you think you know who might be torturing MaNgcobo like this? Let us know in the comments.