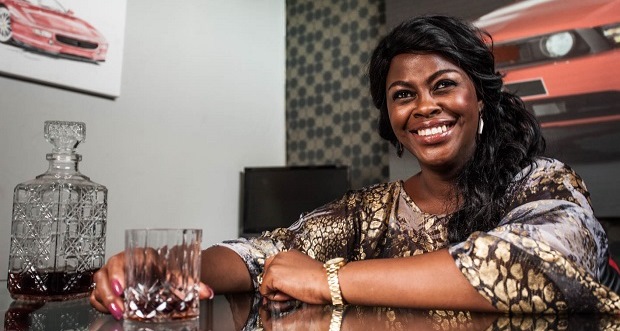 Dealing with mental illness in black communities is not easy, and it’s even more difficult for people who deal with mental illnesses to be open about it and continue living their lives. DAWN T KING, who plays Lindiwe “MaNgcobo” Xulu chatted to The Daily Vox about how she quit corporate, coped with depression and followed her spiritual calling through music.

It’s okay to admit that sometimes you need help, regardless of who you are. I need therapy every now and again, and that’s okay. I’ve became the person that I have always wanted to be.

Things don’t always go as planned so even though I always wanted to be an actress, I started in the corporate industry. Did my fair share there, got fed up with it and got so depressed with the fact that I wasn’t part of this industry. I struggled with depression for a very long time. I think it was because the energy was not being expressed. Once I got my first gig as an actress, a lot of the sadness and depression was left behind.

You never really deal with depression completely because it’s a chemical imbalance. You can’t wake up one day and it’s all gone. I just need to know to stay away from triggers. So when you go in you are educated better about what to do and how to handle the situation or how to handle the condition. I’ve never really worried about my children inheriting depression or bipolar but if it does happen, I will be better equipped to support my child through this because it’s manageable.

It was difficult to quit my corporate job though because of the perks it had. Plus I was grateful that I had a job because my peers I had graduated with struggled to find jobs. Nonetheless, I quit and moved my children and husband to Johannesburg to make my acting career happen. It wasn’t easy because it’s not like you get there and everything falls into place.

Things didn’t work out as well as I had thought and I found myself back in the corporate world again. Eventually I thought, “Look I’m going to slit my wrists or hang myself. This needs to happen”. I decided to quit again, get an agent and make it happen. I got a gig in 2012 and the rest is history.

In the midst of all this, something happened to me and I couldn’t explain it. I knew it wasn’t depression because I knew what that felt like. Turned out I had to go on a journey and become a sangoma. One of my gifts that my ancestors have given me is the ability to receive music. And I think that’s the kind of way that my ancestors want me to heal people. Besides the other stuff that you have as a spiritual person, that is just my one special one. As much as my acting is my priority number one, my music is priority number two.

I used to struggle on set because as a sangoma, we get affected by energies as well. We’d be shooting a scene and I’d just be a mess and not be able to continue working. I think my ancestors also didn’t understand what was going on because some scenes are deep and we end up crying. I noticed that my ancestors didn’t comprehend what was happening and were trying to protect me so I decided to have a ritual every time before getting on set. I’ve asked for space where I burn incense to communicate with my ancestors and then continue being my flamboyant self.

The spiritual journey is not carved in stone. It’s different for everybody that goes through it and it’s helped me a lot and helped me put things that I didn’t understand into perspective. I think my calling is really in acting and singing and although I consult people the traditional way, I still reach out to them through acting and singing.