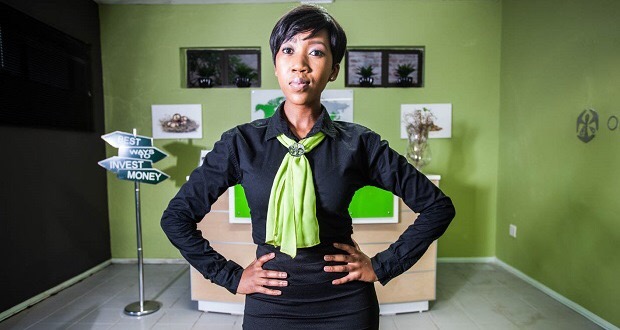 Young people sometimes feel the pressure to stay rooted in one place and go for the “safe” options. But the dynamic SIHLE NDABA proves that it doesn’t have to be that way. The actress, who plays Smangele Maphumulo on Uzalo, shared her love for acting what she’s learnt from the show.

I believe that everybody has their calling in life, and I believe mine is performance. My entire family sings and I’m the first one to choose acting as a career. I don’t know anything else, and I don’t want to know anything else. I know it sounds clichÃ©, but acting is my first love.

Iâ€™m from Ermelo in Mpumalanga. I moved to Pretoria to complete my tertiary studies, and I stayed in Johannesburg for a year before moving to Singapore for some time. Iâ€™ve learnt to live out of my suitcase, so moving to Durban for Uzalo wasnâ€™t that hard. The only disadvantage is that I miss my family a lot. I studied musical theatre so Iâ€™m trained in singing, acting and dancing. All of these disciplines somehow seem to take turns to flourish in my life, and I respect the time each discipline requires. Iâ€™ve fallen in love with acting at the moment, so for now Iâ€™m focusing on this medium.

In the seven years that Iâ€™ve been in the industry, I have learnt to work smart and hard, to be persistent and relentless. I still have a long way to go and I’m still learning in a lot of spheres. I am devoted to what I am doing and I’m always looking for ways to grow, which is why I try to travel as often as I can. I feel like when you are in the same space for too long, your perspective tends to stay the same. You need to remove yourself from a place and look at it from a different angle. Sometimes you have to just remove yourself and see what other people are doing. I want to experience the world.

Thereâ€™s no pressure besides what I put on myself to be the best that I can be. I really believe in the saying that “you are as best as your last performance”. Thatâ€™s why itâ€™s vital for me to work on my craft and bring the character I play to life. You can never assume you know everything even though youâ€™re similar or come from a similar background to the character you play.

Uzalo is an authentic story that is deeply rooted and based in the rurals of KwaZulu Natal. The stories are real and researched, and people can connect with the storyline because itâ€™s real-life scenarios about them or people they know. Waking up every day and knowing that Iâ€™m doing what I love and making a difference while Iâ€™m at it is the greatest reward. Working on Uzalo has been an experience; I learn all the time when Iâ€™m on set and I have the chance to work with legends such as Leleti Khumalo who inspires me to be a better actress.

The industry needs to open up, not only for new talent but for more women in â€œout of reachâ€ areas such as Mpumalanga and the Eastern Cape. Thereâ€™s a lot of talent in South Africa; people just need to find the talent while others work to expose their skills. My boss shows that itâ€™s possible. She opened up the industry in Durban and produces Uzalo from her backyard. That motivates me and I want to do the same thing for my hometown in Mpumalanga. We also have a ton of stories to tell and my boss has proved to me that it is possible.