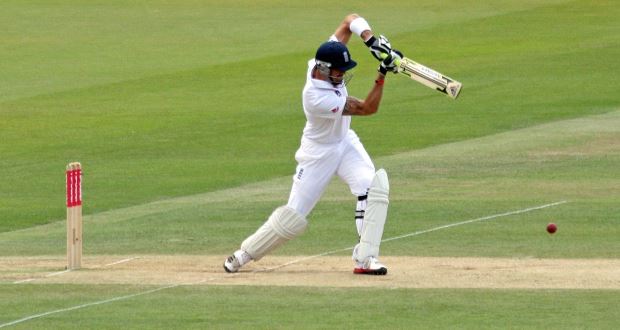 They say that Test matches are won by the team who wins the most sessions. The slow build-up of a Test Victory follows in the spirit of a good, tense chess game. Of course, there are moments when Test Matches are turned on their heads, by an individual act of bravery, madness, or a team effort of note. These are often few, and far between. And for most of the first Test match between South Africa and India, held at Newlands (5-8 January 2017), it certainly wasn’t clear who was in charge. Wickets tumbled, then runs flowed and just as you figured the batsmen were settling, another collapse would emerge. South Africa batted first making 286. India followed, scoring 209. In their second innings, South Africa limped to 130 all out, leaving India to make 208 to win. India was all out for 134, giving the Proteas victory by 78 runs in a low-scoring spectacle.

Here are five moments that lit up Newlands:

When Faf joined AB on the morning of the first day, South Africa was sitting at 12/3 in the most nightmarish of beginnings to the summer. With a long tail seemingly already in sight, India became a tad over excited and dished out a series of overzealous half volleys allowing AB and Faf to play their natural attacking game. AB and Faf accepted, playing with confidence and authority, and took India’s bowling to the cleaners. The duo took the team to safety with 114 run partnership.

Hardik Pandya is all brawn but his introduction to the crease when India was reeling at 92/7, showed that the man is a thoughtful player, too.Â  Aware he was losing partners, he decided to attack SAs bowling quartet. He slashed, and cut it over the slips and the keeper. He pulled and flicked with ease. He danced down the crease with swagger. Sure, he was dropped when he was 15, but his innings of 93 off 95 balls was sensational.Â It showed that even test matches could do with some madness.

Never in the history of test cricket were cricket fans so chuffed when the heavens opened on Sunday. The soft rain came as a reprieve as the region continues to battle a horrific drought. It was especially refreshing considering the scorching heat of Saturday. The shower allowed the city to breathe, if only for a bit. The rain also gave the wicket new life, with the moisture turning the wicket on Day 4 into a fresh starter.

Now that we got that win in the bag, let’s start praying for more rain ko Cape Town

For someone who is supposedly chill, Faf is quite an aggressive mofo. From his batting on day one to his attacking field settings, and sharp bowling changes, Faf has become increasingly at ease with leading this outfit. It was only when Pandya was blasting the team to all parts that he looked slightly silly, but that happens. Faf shuffled his seamers in the absence of Dale Steyn (due to injury) with aplomb. Faf was especially proactive during India’s second innings, sticking to his guns even as India got off to a decent start.

Where Kagiso Rabada impressed with pace and aggression, and Morne Morkel terrified with steep bounce and dependable breakthroughs, Philander was the sword, the architect of SA’s win. His match-winning performance of 6 for 42 and (9 for 75 overall) at Newlands was phenomenal to watch. A mixture of pace, swing and seam and discipline. It was his dismissal of Viral Kohli in the second innings that triggered India’s batting collapse and ultimate victory for the Proteas. And here’s how he did it: Philander bowled a series of outswingers to Kohli – perhaps more than two overs worth of deliveries – and then slipped in a ball that seamed back into Kohli who found himself trapped on the crease and plumb in front. Philander’s expert ability to push the bowl in both directions with taut discipline has been his signature since making his debut in 2011. And in just 48 matches, he has 182 wickets at an average of 21.68. Of course, Philander – stocky and coloured, lacking an exaggerated or feverish action, is not a natural pin-up. His working-class approach to hitting the deck won’t buy him popular acclaim. But make no mistake, he is the best we’ve got. The new leader of our pack.