Home Features Some of the victims of the #LimpopoCrash were the first in their...
WhatsApp
Facebook
Twitter
Email
Print 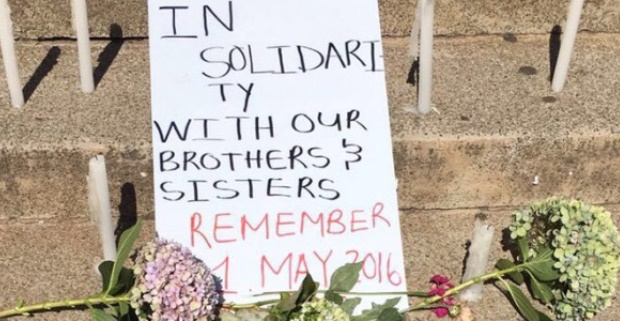 The Wits students who died in the minibus crash travelling back through Limpopo from a Zionist Christian Church (ZCC) pilgrimage on Sunday night included students “who were the first and only members of their family who were going to university”. AAISHA DADI PATEL rounds up.

On Monday afternoon, four of the five survivors of the crash were set off in a convoy of ambulances headed to Charlotte Maxeke Johannesburg Academic Hospital for treatment. One student is remaining in Polokwane, but she is getting the necessary care and her family is by her side, said Wits SRC Secretary-General, Hassan.

“Parents have been notified, but due to the gruesome nature of the accident, it’s very sad that most of the bodies have been burnt beyond recognition. Parents are currently undergoing counselling and providing DNA samples to aid in the identification process, so that the bodies can be identified and proper burial can be done,” said Hassan.

The university released a statement stating that the University flag is flying at half-mast in memory of the students who passed away, and confirmed that a memorial service will be arranged after consultation with the families. Students and staff traumatised by the news were urged to seek counselling at the university’s counselling unit.

A delegation including VC Prof Adam Habib, Dean of Students Dr Puleng LenkaBula and members of the SRC travelled to Limpopo on Monday to provide support for the families of the students involved in the crash.

Hassan says that it has been “incredibly heartbreaking” to witness the pain of the families. “Last night when we arrived, there was a mother and grandmother who hadn’t formally been told about their daughter who had passed away. When the mother was taken into the office we could see and hear – she just totally broke down. Wailing, sobs – we could hear everything.”

“They’re glad that we are here and they keep thanking us but also in other ways it shows them just how young we are.”