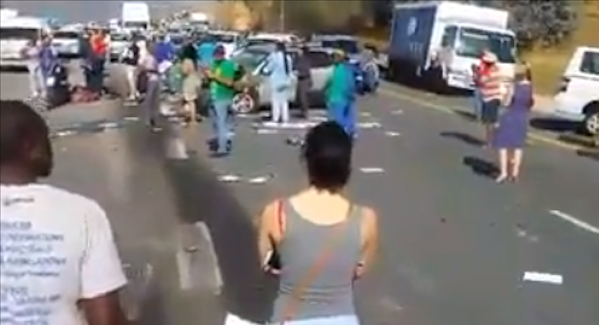 South Africans were shocked on Tuesday when news broke of a tragic accident near Alberton in Gauteng.

At least four people were killed in a 45-car-pile-up on the on N12 close to Alberton. Â Multiple reports suggest the accident occurred when a trucksâ€™ brakes failed causing it to plough through dozens of vehicles on the highway. The driver of the vehicle has since been arrested.

Watch the video below for a snippet into the devastating aftermath.

Here is more footage of the aftermath. Warning: This video contains some graphic images.