Home Reporters' Notebooks Vogue magazine to the big booty: You can sit with us
WhatsApp
Facebook
Twitter
Email
Print 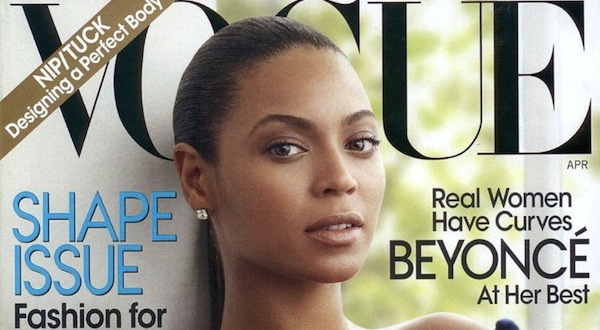 Vogue magazine has just discovered big booties. No, really.  An article on the website flamboyantly declares “We’re officially in the era of big butts”. Except, big butts have existed long before Vogue made its earth-shattering revelation. Despite its hype as a trendsetter, the magazine has proven just how remarkably backward it really is.

“For years it was exactly the opposite; a large butt was not something one aspired to,” Patricia Garcia writes in her article for Vogue.

The “one” that Garcia speaks of is ironically the likes of Vogue itself, which has long been a bastion of white beauty standards. The proof is in the numbers: in 2012 it was revealed that 99% of Vogue magazine covers are of white women. In the course of 118 years and 1,416 covers, Vogue has only had 14 covers featuring women of colour. Black bodies, with their curvaceous form and big booties, were almost never acceptable, and today big butts are still the “other”. Even in its article, Vogue steps away from really talking about the black body.

Celebrities like Iggy Azaelia, Rose McGowan, and Miley Cyrus made Vogue’s cut, with Beyonce, Nicki Minaj and Rihanna being the only black females worth mentioning. Yes, Miley Cyrus, who Vogue admits doesn’t have a large butt, was listed in an article about big butts. It appears Erykah Badu, Lil Kim, Jill Scott, Alicia Keys, and many other black women were ousted at the expense of Miley. A slideshow on the website provides a gallery of Vogue’s exemplar big-bootied females. Only four out of the 10 photos are of black women. And this is what Vogue has to say about a woman of colour’s derriere: “Lopez’s behind was so unique, and evidently so valuableâ€ Garcia writes of Latin American pop singer, Jennifer Lopez.

Did we just flash back to when white people discovered Sara Baartman? While JLo’s butt might attract more attention than others, to place some kind of value on a physical attribute which is part of the black body, immediately fetishises it in much the same way that Baartman’s body was when it was paraded in a human zoo for its supposed novelty value in the 1800s.

It’s 2014, but really, nothing much has changed. You may see a woman twerking on your television screen, but that in itself is often a spectacle, especially when it is performed by a white female a la Miley Cyrus. When it is not a spectacle, it is a protest against white hegemonic ideals of the “right” body, because in the words of Erykah Badu, “the booty don’t lie”.

The problem with Vogue’s piece is that it tells people what they should think of the black body, and it does this by showing the white body. In South Africa, we don’t need to look through the pages of Vogue magazine to see this. The realities of our society carry the weight of Vogue’s narrative.

Look at the Tukkies #blackface pic. The skin, doeks, big butts. It is performed stereotype of the black female body. pic.twitter.com/gyspkz2zyb

Less than a month ago, two white university students showed up to a costume party dressed up, ostensibly as black domestic workers. The girls smeared black paint on their faces and stuffed padding under their skirts to create the exaggerated illusion of big butts. They were not simply dressed as domestic workers. They were, as TO Molefe says, dressed in a “performance of anti-black stereotypes”.

Not much has changed since Sara Baartman. The ridicule is just performed in an environment that pretends to be educated. White people still point, mock and guffaw at the black body, and Vogue is just another member of the peanut gallery.

Why does Vogue assume that black women need its approval for their bodies to be accepted? There is no “ra” for big butts, and to suggest so is to imply that once the fun is over big butts will again be something to shame. But the booty is part of a black woman’s physique: it is quite literally a part of her existence. Who gives Vogue the right to approve of the parts of us that can exist, and the parts that need to go?

Garcia, you and Vogue might be telling black women that it’s now okay, that we can sit with the popular girls. But we have the power to say: Vogue, get lost.