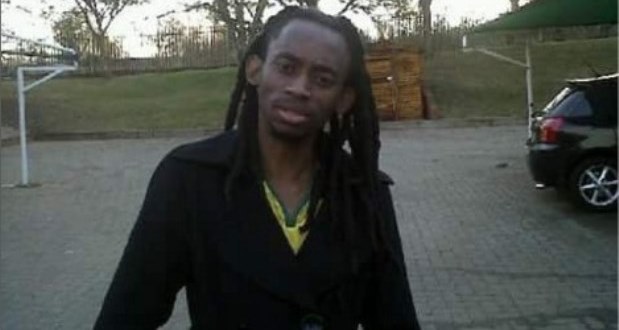 Last week, Vusi Mahlangu went missing, and comrades took to social media to call for his release. This week, he got arrested, and there are claims that his kidnapping was a fabrication. Confused about what on earth has been happening with the #OutsourcingMustFall figurehead? You’re not alone. DANA DA SILVA rounds up.

On Tuesday,Â Vusi Mahlangu met with the Hawks and was subsequently arrested for simulating his own kidnapping. Questions still remain over what motivated him to fake a kidnapping but nothing is clear at this stage, as he has not yet released any public statements.

Directorate for Priority Crime Investigation (Hawks) national spokesperson Major Robert Netshiunda told IOL that Mahlangu was arrested on Tuesday following his visit to the Hawks offices in the Eastern Cape.

EE, like everyone else, was led to believe that #VusiMahlangu was abducted. We rallied in support. But the kidnapping was a fabrication. 1/2

Vuyo Mntonintshi, who was one of the first people to sound the call of Mahlanguâ€™s disappearance, according to GroundUp also confirmed Mahlanguâ€™s arrest. â€œHe was in a meeting all yesterday in East London with the Hawks,â€ said Mntonintshi.

Mahlangu will appear in the Mthatha Magistrateâ€™s Court on Wednesday following his arrest on charges of defeating the ends of justice and perjury. The Hawks said his statement contradicted reports from witnesses as well as evidence that was collected by a task team.

#VusiMahlangu Outsourcing leaders say their member Vusi Mahlangu has been arrested by the Hawks on a charge of perjury. ML

Mahlangu, a spokesperson for the Outsourcing Must Fall movement, was reported missing by his friends last Tuesday. He was last seen that morning at 10am leaving a friendâ€™s home. He then disappeared while he was on his way to a meeting of outsourced workers at the Walter Sisulu Universityâ€™s Mthatha campus.

The news of his arrest has been met with confusion by those who have rallied to his support during his disappearance. A picket calling for his safe return was also held at Wits University.

Yazi we have serious struggles and then you go kidnap yourself here just to become popular, ai boss…#VusiMahlangu pic.twitter.com/PruFqGbShB

The news of Vusi Mahlangu faking his own kidnapping is a slap in the face to all who stood in solidarity. im Really disapointed in this Cde.