Home Reporters' Notebooks Waiting for the #Brixton141 to be released, I learned to be a...
WhatsApp
Facebook
Twitter
Email
Print 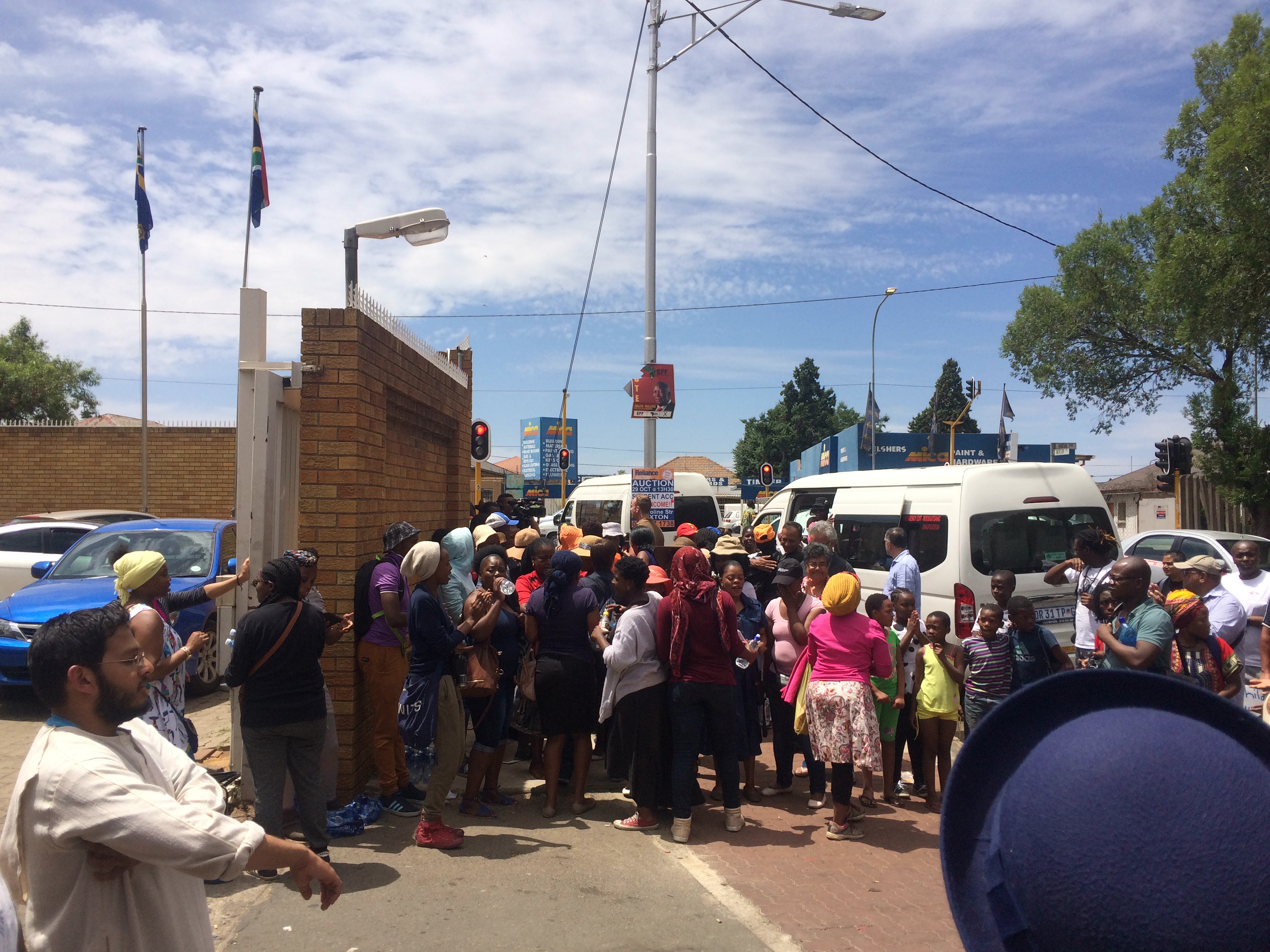 GOOLAM SAYNEDS was outsideÂ the Brixton police station on Saturday as protesting workers and students who were jailed on Friday afternoon were released. He learned important lessons in journalism while he waited.Â

On Friday night at around 11:30pm, a group of protesters picketing for the release of workers and students who had beenÂ arrested earlier that day outside the University of Johannesburg (UJ) received news that everyone would be released that night, on free bail.

It was a Â good thing nobody got their hopes up too high, because they spent the entire night and much of the next day outside Brixton Police Station. From the morning, the message was clear – “Vulela!”

Due to the bail agreements, it was initially decided that the #Brixton141 would be released in groups of 15, but it was later confirmed that they would be released in groups of 30. The women – who consisted primarily of workers and some students, were released first. While the second round was released I was fortunate to get an update from academic Naâ€™eem Jeenah, whose sons were jailed at UJ, and at the same time I was asked to spare some of my external battery life for a student whoÂ needed to make a call. I sensed her urgency and I could not refuse her. I mean, I was still forming part of this revolution. But I realised I needed an update, I was stressed out in this moment and needed to multitask.

For the course of the day, the next six hours or so, the rest of #Brixton141 were released in groups. Twice there were scares that the police station had run out of paperwork or the books needed for the charge process. While speaking to one student, he jokingly said that the station running out of paperwork was the last straw for him and it was rumoured that more was being sourced from Pretoria. â€œWhatâ€™s wrong with John Vorster?â€ he asked.

Eventually, all the women were released and the men followed suitÂ -Â not immediately though. The process dragged on throughÂ the afternoon. But every time someone was releasedÂ -Â anyone, from any groupÂ -Â they were treatedÂ to a hero’sÂ welcome, with tears of relief, and hugs of solidarity.

The protest and subsequent arrests that resulted in #Brixton141 was a call to UJ management, by students, workers, and academics toÂ endÂ outsourcing. The workers were central to the protest that has, in part, formed part of the national #FeesMustFall movement.

I asked Shir’a Jeenah Â for a few words when he was released. He told me he would only offer an updateÂ once I had spoken to workers. All of this, he pointed out, Â was for them.

As a young journalist I realised how important it is for me to hear from the workers themselves, but on this occasion it wasnâ€™t easy. Between the comfort of familiar embraces and tears of relief, thereâ€™s littleÂ room for a journalist. But I was led to a taxi where workers who were just released were waiting to leave. Two of them were willing to speak to me. The first worker gave me a short but soberingÂ account of her preceding night. In that moment my heart sank as I asked myself, what else happened last night that will go unheard of? Because certainly a night in the holding cells at Brixton police station can and probably will be a traumatic experience.

Were it not for the students, not only at UJ but down the road at Wits and across the country, would these workers have been shrugged off in mainstream media? Quite possibly. Would the workers themselves have been able to form a national movement calling for an end to outsoucing at academic institutions? Perhaps not. Bodies have tried, Nehawu especially, but the student-led #FeesMustFall movement that swept across our land in the spirit of Solomon Mahlangu unified a common struggle, and workers and students joined forces as a collaborated voice to be heard.

Saturday was about the workers. In fact whenever we think of #FeesMustFall, we must think of the workers. It appears this binary system is meant to co-exist, because ultimately, itâ€™s this outspoken youth that weâ€™re listening to, who are fundamentally leading this movement, and are hoping to write the rule books for transformation in South Africa.