Home As Told to Actress Wandi C on dropping out of varsity and trying to make...
WhatsApp
Facebook
Twitter
Email
Print 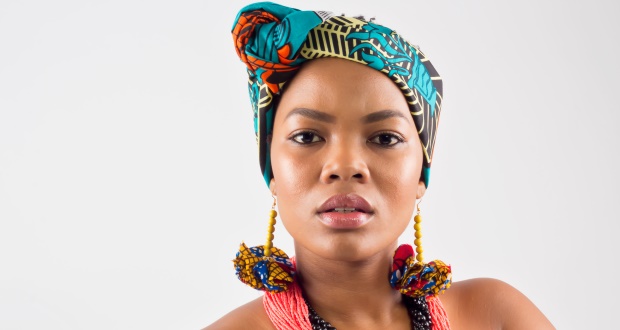 Born in Durban and having moved to Joburg six months ago because she had reached the ceiling in Durbanâ€™s entertainment industry, actress and TV presenter Wandisile Camane, known as WANDI C, opened up to Mbali Zwane about dropping out of varsity and life as a black creative.

I dropped out of varsity when I was in my second year. I grew up in Durban and moved to Joburg about six months ago because of work. I had a good childhood and I went to a very good school. I studied two years of teaching, I didnâ€™t complete it because I got into modelling, radio and presenting, and now acting. Iâ€™ve always wanted to be a teacher but that changed during the two years when I was doing my practical. It wasnâ€™t what I thought it would be. I tried my field at other stuff that I enjoy.

Iâ€™ve always known that I was a creative because of the stuff I had an interest in. I found that Iâ€™m happiest when Iâ€™m in front of or behind the camera, I feel more at ease there. When I initially told my mom that I want to drop out and pursue my career in the entertainment industry, it didnâ€™t go down well. I come from a well-educated family – my mother has a doctorate in education and my dad had his masters in education, my brother is an electrical engineer and my youngest brother is studying to be an architect – so it wasnâ€™t a thing. The oldest child dropping out and you want to pursue what? It was very hard, not in the sense that she wasnâ€™t supportive, but because I wasnâ€™t sure of the decision I was taking because of where I was coming from. All I knew is that it would make me really happy to do it.

Iâ€™ve never been the kind of person to say if this wouldâ€™ve happened differently then I wouldâ€™ve been wherever or things wouldâ€™ve worked out better. Everything that happened at that particular time, happened the way that it was supposed to happen. Situations give you purpose. If I was never in a classroom, I would have never known that I donâ€™t enjoy it and I enjoy something else.

Thereâ€™s this stigma towards people dropping out of school or varsity, especially if they drop out to get into the entertainment industry. What we do is fun – thatâ€™s no secret – and itâ€™s not really considered work. In order for someone to wrap their brain around the fact that you decided to not get a degree in a “professional” field like medicine or accounting but do something else. Being in the entertainment or creative industry is not considered work. The black community is not very supportive of the creative industry and it terrifies young black people who want to pursue a career in that industry. It makes them doubtful of their decision. I advised young people to study in their fields of interest, and do what you want to do.

Finding the work after I had decided to drop out was the hardest thing, followed by starting from scratch to let people know who I am and what it is that I actually do. Getting people to believe that I can do the things that I say I can do. I feel like thereâ€™s five thousand of us going after the same pie and itâ€™s so easy to be an overnight success that when you are, itâ€™s not something that is fascinating. The longer you stay and the work you do is the fascinating part.