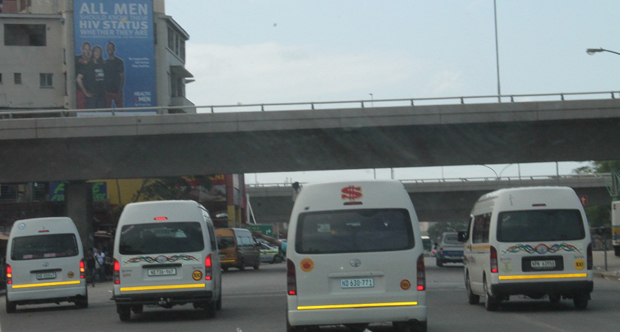 WANDILE NGCAWENI reflects on how a taxi ride taught them about the lived realities of, and differences between ordinary South Africans.

On Saturday afternoons I tutor isiZulu to a matric student from St. Johns College at his home in Bedford Gardens. The money is not good and the job is probably not worth my time and cost, but the guy really needs the help (I’m not one to refuse helping a black child). In order to manage the cost side of things (which doesn’t do any justice to my time), Iâ€™m required to take a taxi from Midrand to Eastgate then take the 15-minute walk past Bedford Centre to his house, which is a street away. Unfortunately, unlike Sisonke Msimang, I cannot afford the bourgeois luxury of taking an Uber to the lesson. Although I do have the app.

This past Saturday I finished the lesson late. As a result, I couldn’t find taxis to Midrand and the last taxi going in my direction was going to Tembisa. I found myself in a taxi to Tembisa but I was going to end up at Boulders in Midrand because the main rank where the driver would park his taxi for the night is there, so it wasn’t a big deal. I was still going to end up in Midrand. Anyway, taxis at Eastgate always mix Midrand passengers with those going “e2” in Tembisa. Of course, they always start by dropping passengers off in Midrand then they go on to Tembisa. I had honestly never had to ride through Tembisa before. Before Saturday evening, I had never been in Tembisa past Busy Corner. Thus my naivety.

Like Sisonke, I also sat in the front seat in this particular ride (I don’t usually sit in the front seat – I hate the technicalities of handling the driver’s money and responsibilities of counting people’s change). Not to feel “egalitarian” as Sisonke puts it, but to feel secure for the trip ahead and to see Tembisa best I could in the dark. If I was going on a taxi ride through a place Iâ€™d never been in the early evening, I wanted to be easily aware of where I was. God forbid, if anything went wrong with the taxi while in an unfamiliar area at night, I would remember landmarks we had driven past.

I didn’t know Tembisa was so big. We passed “e3”, went to “e2”, and by the time the taxi reached Kaalfontein, I wondered for a second whether we were really in Kaalfontein or actually in Oliven (Olievenhoutbosch). Silly, I know, but itâ€™s easy to get carried away while you marvel at black spaces, even as a black person. I hate it really, pretending to learn about a million peopleâ€™s realities from secure positions only for a few minutes like how white people do when they go to Vilakazi Street in Soweto or go on the Inanda Heritage Route in Durban.

I saw a township that was alive. On the road after 6pm was evidence – traffic. Cars were obviously going to and from somewhere. I don’t know where, but the amount of traffic on the roads on a Saturday evening showed that people were moving. Also, there were a lot of local taxis on the road – â€œamaphelaâ€ as they are popularly known, which are mostly Toyota Avanzas. This meant the community was active in social transactions, albeit at night and on a Saturday. Why weren’t these people relaxing in their homes, I asked myself, as I got more irritated with the traffic. It was quickly approaching 7 oâ€™clock and past 7pm I would find myself stranded again.

I found out that the township is a developing one. The pavements and roads are being fixed; there are solar geysers on the roofs the many homes. There are bus stop spaces on the road being made, meaning that there will soon be more public transport development in Tembisa.

Entrepreneurship is also thriving. It seems there is some sort of business every five houses. Be it tuckshop, a saloon, or auto repair shops, boards outside peopleâ€™s homes advertise a variety of products and services offered. People in Tembisa are doing it for themselves, which is important in a country where the culture of looting and corruption is prevalent and where unemployment figures keep rising exponentially.

So, like Sisonke, I tell a story of a South African taxi driver who probably has to get to work before sunrise and knocks off late, probably every day. But who, unlike the Uber driver, does not have the luxury of air-conditioning and does not work in the perfumed luxury of his own car. A man for whom being stuck in traffic costs him money rather than makes him money. Thereâ€™s no pay as you ride in the taxi, so time is always of the essence.

A story of a developing township, slowly, but developing nonetheless. One that will soon have a people so consumed by the politics of their survival that they live their lives not knowing icons like Mohammad Ali.

Unlike Sisonke, I did not see Tembisa or know the little I know about the township from social media timelines. Just through a taxi ride.

I sat in the front seat because I understand and I know how unpredictable taxi rides are. One never really enjoys fat chats with a taxi driver about how well business is going, like one does during an Uber ride. If you dare talk to him, itâ€™s probably in solidarity about a car making his already-impatient driving impossible when he wants to suddenly change lanes without a signal, or when a driver doesn’t allow him space to join a lane from the yellow line.

The taxi driver also doesn’t care how your ride is (as long as he doesnâ€™t kill you). You don’t get to request a car charger; you certainly don’t get to pick the radio station. Although I wish Iâ€™d had that option because the driver of that taxi was playing those â€œborn againâ€ church service recordings. You know the ones which are supposed to be motivational but always bring out the negative â€œmhhmmâ€ moments from you? The ones you sometimes hear on Ukhozi FM on Sunday evenings or those church channels on DSTV? One I particularly remember from Saturday was a pastor giving a service on how women should not marry more than once because itâ€™s unprincipled, because men are bloodsucking ticks that shouldnâ€™t be trusted with committing to someone who was another manâ€™s wife. Many â€œmhhmmâ€ moments I can assure you!

You see, there is never an illusion about your surroundings when you enter a taxi. You can never be too far off on your assumptions of the passengers in the taxi or the driver, and one also understands that realities post- the taxi ride often differ. But itâ€™s understood that most people use taxis as their primary form of transport. Another thing: you never have to worry about the taxi driver being your enemy or your friend. He simply doesnâ€™t have the conviction to be either.

Although my story is not similar to the one told by Sisonke, the comparisons are justified because there are commonalities in our stories. Our assumptions, consciously or otherwise, brought us to deplorable conclusions on a few facts about other peopleâ€™s realities.

Sadly, by the time I got to Boulders I found that taxis to my house in Carlswald had left so I had to request an Uber. Once inside I asked for warm air-conditioning and got to share ridiculous jokes with the driver who seemed to suggest that white people are overly warm-blooded because his white passengers always request cold air rather than warm air when they enter his car, however cold it might be. Funny guy.

I got home and reflected on my overall taxi trip experience through Tembisa. What did it mean? What had I expected going through the township? I am yet to answer these questions fully to myself. The journey has been a welcome experience, and I am glad Sisonke shared her story. Like her, I am disappointed in myself for forgetting that South Africa is not yet equal and for expecting too much and too little.

Wandile Ngcaweni is a postgraduate Development Studies student at Unisa.