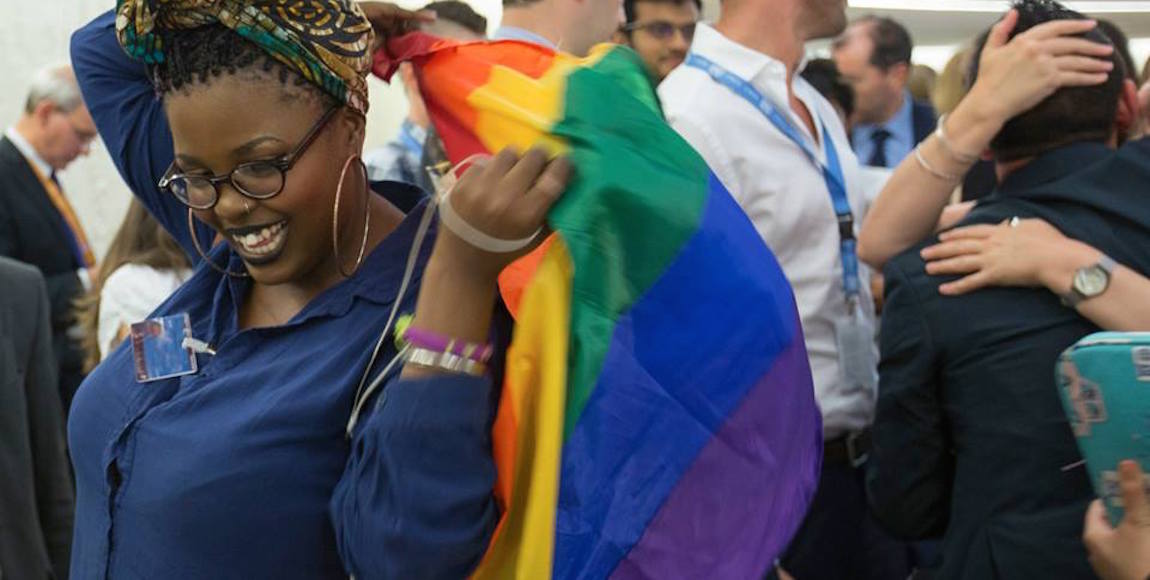 While the #FeesMustFall movement pushes for free decolonised education, students who are unable to afford university are still left to source tuition fees wherever they can. Recently, some students have turned to online crowdfunding to raise funds for their studies. The Daily Vox spoke to activist and writer Wanelisa Xaba about her recent decision to crowdfund her varsity fees.

What made you decide to crowdfund?

I needed funding for tuition and living expenses to be able to finish my master’s because ever since my honours year, Iâ€™ve been struggling with funding. This is my third year of masterâ€™s and I donâ€™t want to pause my degree and go work as Iâ€™ve done before, because itâ€™s taken me very long to raise the funds. So I thought, let me just crowdfund for my degree for the next couple of months so that I can focus solely on my degree and dissertation.

What does your master’s research focus on?

My research is in higher education, with the department of social development at UCT [University of Cape Town]. My honours thesis was about black studentsâ€™ experiences of racism at UCT. My masterâ€™s research focuses on how Black students navigate their identity in institutions of higher learning here in Cape Town. I look at colonial and apartheid legacies in education, institutional cultures, belonging, and academic/financial exclusion faced by young people in post-apartheid South Africa. Ultimately, I seek to understand what meanings young people attach to Blackness, how universities shape their Black identity and what it means to be a Black youth in South Africa. So Iâ€™m doing a comparative analysis on a historically black university and historically white university.

Is crowdfunding a viable alternative to free education?

Crowdfunding is definitely not an alternative to free education. Basically what youâ€™re doing with crowdfunding is that you have to put yourself out there – you have to put your story out there, your personal life and who you are. Then you pretty much have to hope that people will believe in what youâ€™re doing. In a way it can feel a little bit dehumanising because it can seem as though youâ€™re literally begging strangers to help you out.

For me personally, because Iâ€™m vocal with regard to the Fees Must Fall movement – I speak openly about personal violence, patriarchy and rape culture – I got a lot of shaming from people. People would share my crowdfunding link, laughing and tagging other people who seemed to take joy from my personal circumstances. So by putting yourself out there and admitting that you have no money and asking for help, you are opening yourself up to shaming – so it can be very humiliating and quite demotivating. You potentially make yourself very vulnerable in sharing your story. No one likes to say, â€œI donâ€™t have money.â€ No likes to say, â€œI canâ€™t afford something,â€ and then have people laugh.

Has being an activist for free education affected the responses to your campaign at all?

Itâ€™s all very funny because Iâ€™m vocally part of the Fees Must Fall movement – I wasnâ€™t doing it for social capital, Iâ€™m not in it because itâ€™s a popular thing to do. Iâ€™m literally in it because I know what it feels like to want to study and contribute but not be able to afford it. I knew it in undergrad as well as postgrad, and still know it while doing my master’s. So thatâ€™s why I, and many others, are part of it. I was never a middle-class kid who had privileges – Iâ€™m a poor student and come from a very poor home. Iâ€™m the breadwinner at home. The whole process of asking strangers for money is something Iâ€™d never wish for anyone to go through in order to get an education.

Do you know many people whoâ€™ve taken to crowdfunding as means to pay tuition?

I havenâ€™t seen a lot of people resort to crowdfunding, but one other #FeesMustFall student from the University of the Free State ran a campaign to crowdfund, and hers was successful, because she had a team of people who were dedicated towards getting her story out there. Some of the people in the networks where I was asking for help suggested that I do a crowdfunding thing, just to give context as to who I am, what I want to do and backing up where their money is going. So I asked the student from UFS which platform works best.

Were there any other avenues available to cover your fees? Is there enough outside support for black students who are pushing for transformation?

I think people should do it after having tried all other avenues. I had given myself a week before Iâ€™d give up. I was writing to people – people who have been very public about their decolonisation and transformation in South Africa, people who are the head of organisations, the heads of research foundations and councils, even academics whoâ€™d been writing about these things – which is what my research is on – yet all doors were closed and they said they werenâ€™t able to help. It got to the point where Iâ€™d nearly given up on pursuing my masterâ€™s. I think there are many other students who feel like this, and maybe crowdfunding is an option for them.