Home Accountability Want to have your say in the vote of no confidence? Just...
WhatsApp
Facebook
Twitter
Email
Print 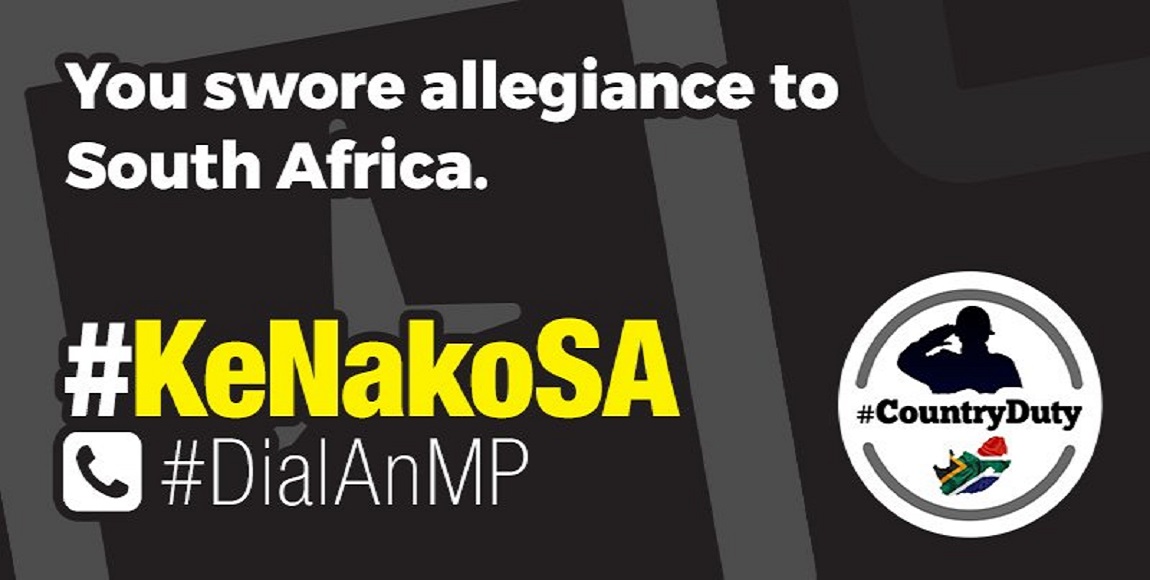 Tuesday afternoonâ€™s secret ballot looms, but many are doubtful that the ANC MPs will vote against Zuma. Parliament needs 50 ANC MPs to vote against him to force him to step down. Social media is using the #DialAnMP to hold ANC MPs accountable, urging them to vote with their conscience.

Speaker of Parliament Baleka Mbete shocked South Africans on Monday when she announced that the vote of no confidence against Zuma will be held by secret ballot in Parliament on Tuesday. Previous votes in Parliament had been transparent and many said the ANC MPs were unable to vote against Zuma publicly because they would be victimised for defying the party line.

Tumi Sole, a social activist, started a social media campaign called #DialAnMP which trended online on Monday evening. Sole has been publishing the names and contact details of ANC MPs under the hashtag #DialAnMP in the hope that social media users will SMS, call or email MPs to vote with their conscience.

â€œ[On Monday] we ran a social media campaign called #KeNakoSA where we put the email addresses and numbers of MPs and asking people to contact them â€œto vote with their conscience and nothing else,â€ Sole says.

The campaign is being run on theTwitter account, @CountryDutyZA.

Sole has been criticised for publishing MPsâ€™ contact details saying that this is a breach of privacy but he says that these are publically available numbers found on the Parliament website.

Sole urges the public to ask ANC MPs to do whatâ€™s best for the country.

â€œSMS, call, email them and say, â€˜listen, I have kids, Iâ€™d like a sustainable SAâ€™. The real issue is this one individual. Letâ€™s put him aside, work with what we have and move the country forward.â€

Social media users certainly did their country duty and SMSed MPs asking them to cast the vote against Zuma later on Tuesday.

Some MPs even responded indicating their party loyalty to the ANC.

Sole believes it is unlikely that Zuma will be voted out but says #DialAnMP is â€œan important attemptâ€ in persuading MPs to heed the the call of duty to the country and leave further dents in the division of the ANC.

For Sole, #DialanMP is â€œnothing else but putting the country first.â€