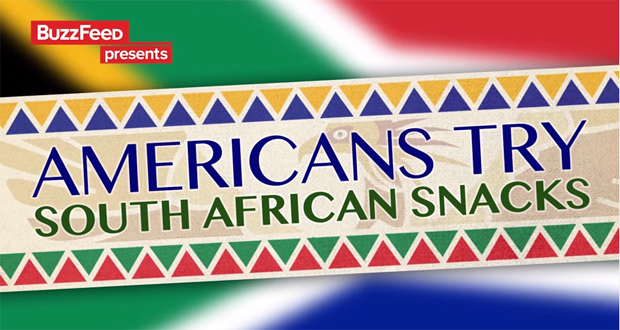 USÂ online media company BuzzFeed has finally sampled some â€œSouth Africanâ€ snacks in a popular video series featuring its American staff sampling foreign cuisine for the first time. The video has beenÂ widely shared overÂ the last couple of days but, as South Africans ourselves, weâ€™re shocked at the one-dimensional choice of foods. PONTSHO PILANE serves up some alternatives.

Never mind the state of the koeksisters or the complete snubbing of the humble boerewors roll; what was most noticeable was that the rainbow nationâ€™s cuisine was represented almost entirely byÂ Dutch or Afrikaans food. Who picked out this snackÂ food anyway?

As a former colony, South African cuisine is incredibly diverse. Among our local specialties, we can count dishes with Dutch, Malay, Indian and African roots.Â So, although the reactions to the video and ensuing commentary are hilarious, it is hardly representative.Â What about someÂ mageu,Â atchaarÂ orÂ bunny chow? All this food is synonymous with South Africa.Â And frankly, watching these guys chomp down on someÂ mopane worms would have been much more fun.

What do you think of BuzzFeedâ€™s choice of snacks? What other local snacksÂ could they have includedÂ to reflect the diversity of South African food?