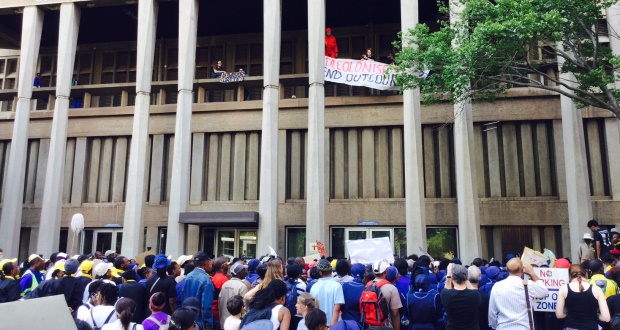 Due to unforeseen circumstances, the Wits Workers Solidarity Committee was unable to join us today. Chairperson Thembi Luckett will be with us at 2:30pm next Tuesday to discuss the recent #October6 marches that Â oppose the outsourcing of workers at university campuses nationwide.Â The WWSC is a coalition of workers, staff and students. The group was formed as an initiative to show active solidarity with outsourced workers on campus.

You canÂ watch Pontsho Pilane round up the news with executive editor Khadija Patel – from the ANC’s resolutions at the recent NGC to Ayanda Mabulu’s “Spear Down My Throat” and why Black Twitter isÂ doing more for SA women in eight hours than the country did in 16 days of activism last yearÂ -Â Â below.