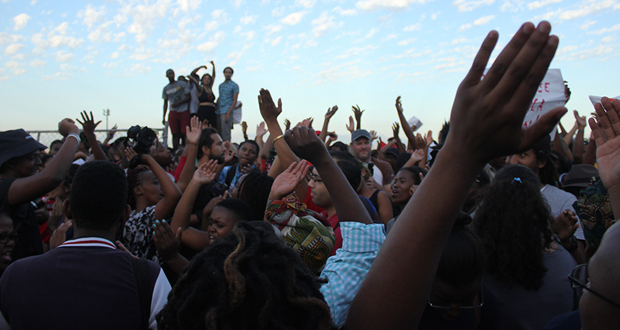 It was the moment students from The Rhodes Must Fall movement had been waiting for. On Thursday 9 April, 2015, the statue of Cecil John Rhodes was finally removed from the University of Cape Town campus, after a month of protests. RA’EESA PATHER was there to capture history in the making.

The removal of the Rhodes statue, which took pride of place in a perch overlooking the Cape Flats and southern suburbs, was sanctioned by the UCT Council and the provincial heritage resources authority, Heritage Western Cape. A final decision on the statue’s fate is yet to be made, but it will likely find a new home in a museum.