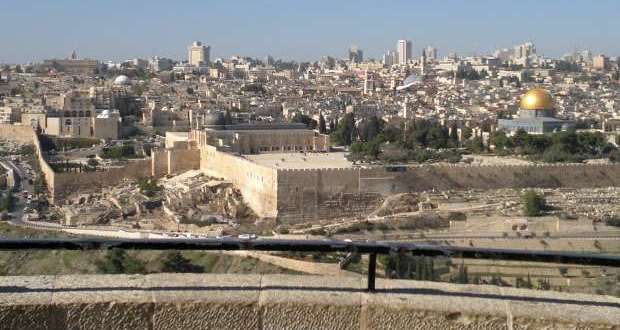 The conflict in the middle east goes backÂ decades. Is it religion, or land, or colonialism that started all this? And why is no end in sight? DANA DA SILVA rounds up ten videos that will help you (and Mmusi Maimane) understand just what is going on in Palestine.

1. Where exactly is Palestine?
You wonâ€™t find Palestine by looking for it on a map, since it only holds the status of “observer state” at the United Nations. To explain why,Â you need to go back to 1917. At the time, Britain captured an Arab-majority region called Palestine from the Ottoman Empire. They wrote the Balfour declaration, which encouraged European Jews to join the Jewish minority that already lived there.

In 1947, after the end of World War 2 and a mass exodus of Jews to Palestine, the UN proposed a plan for both a Jewish state and for an Arab-Palestinian state to be formed, but this never happened. War broke out between the Arabs and Jews. By 1948, the British had left and the state of Israel was created. As a result of the war more than 700, 000 Palestinians became refugees and were forcibly moved to the West Bank, Gaza and beyond.

2. Is Palestine also the birthplace of Christianity?
Yes, it is, and today Palestine still has Christians. Just last year, Pope Francis declaredÂ two Palestinian nuns as saints. The numbers of Palestinian Christians have dwindled though, for example in 1947 Bethlehemâ€™s Christian population was 85% and in 2015 it was less than 20%. The reason for this is Israelâ€™s occupation, which has created daily hardships for all Palestinians. In Bethlehem, the city where Jesus was born, Israel has imposed 32 checkpoints, roadblocks, dirt mounds and gates that limit movement. On top of that, Palestinian Christians and Muslims have been denied access to worship at their holy sites.

3. What about the wall?
In 1967, Israel occupied the West bank. Today, the wall is the most imposing part of the occupation and is actually illegal according to the International Court of Justice . The Israeli government says that the â€œseparation barrierâ€ is to keep out Palestinian attackers. But thousands of Palestinians still have to cross every day looking for work. Since it started going up in the early 2000s it has destroyed neighbourhoods, strangled the economy and illegally grabbed more land. Palestinians call it the Apartheid Wall.

4. What are Israeli settlements?
Israeli settlements are residential areas built by Israel on occupied Palestinian land for Jewish communities, but are illegal under international lawÂ The vast stretches of suburbs are a violation of the Geneva Convention according to the UN. The Fourth Geneva convention forbids states from transferring their citizens to occupied land, which Israel has been doing since it occupied the West Bank in 1967. By building these illegal settlements, Israel is trying to make sure that it keeps possession of that land even under a future peace deal. Israeli settlers are bound by Israeli civil law while Palestinians who stay there live under Israeli military rule, meaning that they are subject to checkpoints, curfews, and detention, among other limitations.

5. How is Life in Gaza, if itâ€™s this bad in the West Bank?
Gaza has a population of more than 1.7 million. This tiny piece of land is one of the most densely populated in the world and one of the worst places to live. Itâ€™s been called the worldâ€™s largest open-air prison. Gaza has been home to a majority refugee population since 1948, when Israel declared its statehood and forced thousands of Palestinians out of their homes.

For decades, Israel has controlled Gaza by air, land and sea, regulating what goes in and what goes out. Israelâ€™s blockade of Gaza, which makes life unbearable, has been condemned by the UN as a violation of international law.

6. What exactly is BDS?
The Boycott, Divestment and Sanctions (BDS) movement works to get individuals and institutions to withdraw their money and support from Israel. The goal is to pressure Israel to end the illegal occupation, settlement building and attacks on Palestinians. This also means boycotting companies that are linked to the occupation of Palestinian land, such as McDonaldâ€™s, Victoria Secret and Soda Stream (Scarlett Johansson even left Oxfam to endorse the bubbly water).

ALSO READ: For Palestinians, art cannot be separated from politics

7. Why does Israel keep doing what it wants?
One of the theories is that Israel has friends in high places. They have a special relationship with the United States, so much so that Israel gets more than half of all US foreign aid – a total of over $121 billion. Unlike US aid to other countries, money to Israel is mainly given to its military: for the security of Israel, preventing a â€œnuclearâ€ Iran and ending the Israeli-Palestine conflict. With theÂ help of the USA, Israel has one of the most advanced militaries and is one of the top ten arms dealers in the world.

8. What is Israel trying to achieve in Gaza?
This narrative is one that has changed quite a few times. In 2014, it was about the three Israeli teens that were kidnapped and killed in 2014. Israelâ€™s president Netanyahu immediately blamed Hamas, but it was later confirmed by Israeli officials that they were carried out by a lone cell not operating under Hamasâ€™s leadership.

After the kidnappings, Israel heavily cracked down on the West Bank with raids and arrests. Hamas responded by firing rockets into Israel. Israel says that 2, 825 rockets were fired from Gaza. After the kidnappings and the rocket attacks, Israel now says the operation is about the tunnels. Israel launched a ground invasion into Gaza in 2014 to destroy what it says is a network of tunnels used by Hamas. Palestinians say they have used the tunnels to smuggle in supplies that have been banned from entering the Gaza strip. Israel has known about them for years, but now it says it wonâ€™t end its offensive until all the tunnels are destroyed.

9. Who is Hamas?
Hamas is a political movement and Palestinian armed wing which was first founded in 1987 during the first uprising (intifada) against Israelâ€™s occupation of Palestinian land. It gained support by establishing food banks and other social services. They say they are fighting to regain Palestinian land, but it also advocates for a long-term ceasefire with Israel. When Hamas won parliamentary elections in 2006, Israel intensified its siege because it considers Hamas to be a terrorist organisation.

10.Has Hamas has been doing just as much damage as Israeli forces?
The warfare carried out between Hamas and Israel is asymmetrical, since Israel has an advanced military and Hamas mainly uses homemade rockets. Since 2009, Israeli forces have killed over 600 Palestinians in Gaza and in the West Bank while the number of Israelis killed by Palestinians during that time was just over 40. Unlike Israel, Gaza has no sirens to warn of incoming strikes, no bomb shelters and no “iron dome” missile defence system.