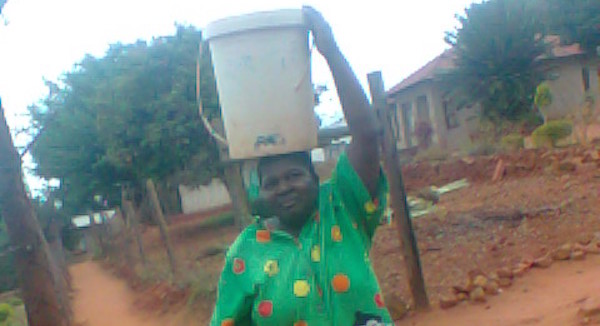 Rural people are pushed to the periphery and are only brought in when their votes were needed. It was during elections period when I heard this remark, at a village in the Mopani District, Limpopo. The woman behind this logic also offered a prophesy to anyone within earshot – they would be lucky to be remembered by politicians after the elections.

She was wrong though. Giyani residents got lucky twice in recent months. In August, a barrage of complaints from the thirsty community elicited a visit from Water and Sanitation Minister, Nomvula Mokonyane. Like most surrounding villages, they had no access to water.

Two months later, Mokonyane was back, this time with President Jacob Zuma in tow, to open the Giyani Water Treatment Works. The president acknowledged that Mopaniâ€™s water shortage was acute but, with R90-million allocated to the municipality to connect local villages to the Nandoni Damâ€™s water, local officials would like us to believe the problem solved.

But the presidentâ€™s general address on water scarcity appeared to be an attempted to whitewash the crisis. Government, clearly, isnâ€™t getting the full picture. Barely a week later, in early November, police were called to contain unruliness by residents of Venda, near Nandoni Dam, who had embarked on a destructive protest demanding water.

Residents are subdued in their anger. For as long as Rose Modika (45) can remember, fetching water from a local spring has been routine. The unemployed mother was smiling when I met her, a 25-litre bucket of water balanced securely on her head. Modika is one of many rural women whose precious time is wasted collecting water each day. “Without water you cannot do anything,” she says. The joy of getting water from a communal tap twice a week was short-lived when water pipes dried last year. No reasons was given.

Once in a while a municipal water tanker makes a random trip to one part of the villages. During summerâ€™s hottest days, the spring complementing whatever little water the villagers get from the municipality dries up. Animals hoping to drink from the same source get warded off.

In July, when alerted to the water supply problems in the village, the Mopani District Municipality’s spokesperson Neil Shikwambana told me to check with officials at Modjadji Water Plant. But the officials at the water plant referred me back to Shikwambana, as the authorised spokesperson to speak on the issue.

According to Letaba Municipalityâ€™s 2012/2013 annual report, villages like Sehlakong, which depend on the plant for their water, get little or no water at all, and residents have to depend on sometimes hazardous natural springs.

The district’s refusal to own up to the problems and seek solutions, have inspired reckless rumours that a local councillor squandered money meant to pay Lepelle Northern Water, the water board responsible for operating water treatment schemes in the area. According to Lepelle, Ba-Phalaborwa is the only municipality in Mopani with a water debt. A 30% water reduction was negotiated.

No explanations have been offered to other communities surviving on water budgets. Official denials of their problems can only be viewed as a slap in the face of people who 20 years since democracy, who have been patient with the slow pace of service delivery. Masutane Modjadji is a journalist from Tzaneen. She studied journalism at the Cape Peninsula University of Technology and is currently acting head of news at Phalaborwa Community Radio station.