Home #ShutdownSA We need a new deal to give us the honest and responsive...
WhatsApp
Facebook
Twitter
Email
Print 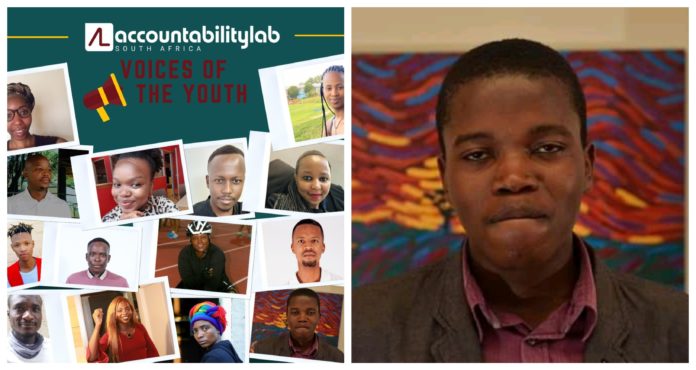 We need a new deal to give us the honest and responsive government we deserve. Here’s how, writes Mava Boya from IDIKELETHU NEWS in the Eastern Cape.

The late former president Nelson Mandela is said to have pronounced that “If the ANC led government does what the Apartheid government did to you, then you  must do to the ANC what you did to the apartheid government.” Over the years,  South Africans have come to believe that violence, vandalism of infrastructure, and making the nation ungovernable is the only way they could vent their grievances  to be heard and heeded by the powers that be.

However, it is difficult to challenge the current government because many government departments are not transparent and accountable.  At the same time, inequality is playing a huge role in the unrest. The rich are getting richer and the poor are becoming even poorer.

For sure, the process to rebuild will start with the awarding of tenders to repair and rebuild the public infrastructure that was destroyed during these riots. Thorough investigations must, therefore, be made on bidders in the procurement process in order to curb the scourge of corruption that has gotten in the way of quality service provision for the country. Permanent removal of all corrupt leaders across all portfolios of government should be  initiated  and they should be dealt with harshly to make an example of them, otherwise we will only go nowhere very fast as a country

To emancipate this country from these unrests,  the people must do what they did to the apartheid government and use their ballots to vote against the ANC so that a trial for a new liberal administration can commence.

Employment of qualified ministers should be implemented. A typical contrast would be a minister of health who is a qualified medical doctor compared to a minister of defence who has shown lack of skills and experience when it comes to issues of her portfolio  with only a primary school level teaching qualification. Appointments of government ministers and officials should not be based on political affiliations and favouritism. This should be  based on whether they qualify to lead the ministries to which they have been appointed.

Education is a key to move away from these social disorders as it will open doors for the youth. Practical education must be prioritised, and more opportunities for inexperienced graduates should be opened up instead of looking for years of experience when we all know that the majority of unemployed people are youth, and that graduate unemployment sits at 40.3% for graduates under the age of 24 years. Government must prioritise the youth of South Africa to eliminate  outsourcing skills from other countries, and elevate the youth of South Africa.

The criminal justice system should also be looked at. The laws put in place are there for a reason and we frequently see people in power misuse them and get away with corruption, maladministration and misconduct.   By way of example, the Constitutional Court had found the former resident, Jacob Zuma guilty of contempt for failing to appear before a commission investigating corruption accusations that tainted him and he waited until the very last minute to hand himself over to correctional services. Soon after he was arrested, there was unrest and destruction of private and public infrastructure in his name. Everyone must respect the law regardless of power or position. Zuma is one of the most powerful people who have disrespected the law,therefore, the law should take its rightful place to discipline him.

In conclusion, the country can move on from this unrest if the government demonstrates its commitment to uprooting corruption by not letting political affiliations interfere with leadership and governance of the country. This is especially because when political leaders are supported by private entities, they are expected to provide favours to those from whom they received support. If society is willing to do away with unrest, it is high time we make our “X” on the ballot count. It is ultimately up to us in our communities to use our votes to make a mark we can be proud of.