Home Government We need to be talking about the obesity epidemic, locally and globally
WhatsApp
Facebook
Twitter
Email
Print 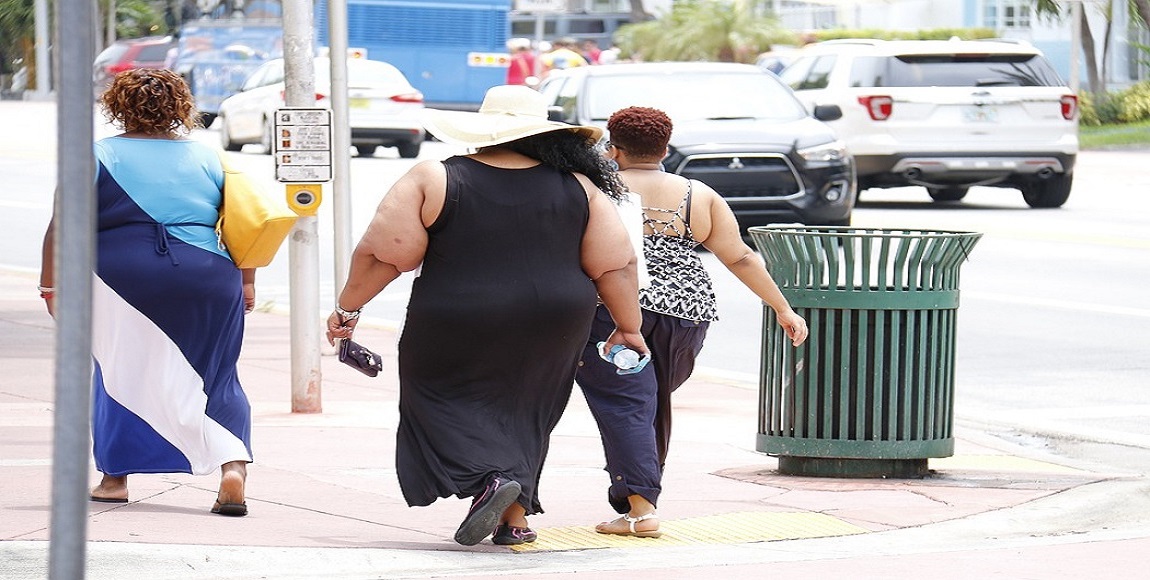 Dean Ryan* (34) could not fall asleep unless he took sleeping pills. It was difficult for him to get in and out of his car – or even his bed in the mornings. Test results revealed that he had insulin levels above 50, when they should have been below 10 in the mornings. “My blood sugar was about 6 or 6.2, it should be under 6. That scared me,” he says. Ryan, like many South Africans, suffers from obesity.

These figures may seem alarming but dietician Ria Catsicas is unsurprised. “If I go to Ellis Park and I count 100 people that pass me, 70 of them will have big tummies, 30 will look normal. I can go to Carletonville Checkers and see the same picture, anywhere in South Africa,” she says.

Ryan knew he suffered with weight problems since the age of 10. He had always been addicted to fast food and never participated in sport or physical activity. For Ryan, being overweight meant that gym and sport were never fun. Today, he battles obesity. Ryan attributes this to a lack of exercise, a sedentary lifestyle and poor eating habits. His diet was rich in carbs and refined foods – he’d have bacon, eggs and toast for breakfast, and pizzas, burgers, or steak and chips for lunch and supper.

He is not alone, locally or globally. Obesity now affects most emerging economies. “The world is getting obese,” Catsicas says.

Scarcity versus abundance in emerging economies
Catsicas believes this global trend towards obesity is linked to urbanisation. When people move from rural environments where there’s not a lot of food and the food that is available is unrefined and unprocessed, to an environment where there’s an abundance of unhealthy food, they become overweight faster, she says.

It’s called the thrifty gene hypothesis. The theory is that over time, humans have evolved to hold onto fat during times when food is abundant. This would ensure our survival during times of famine. But in modern society, we no longer have such food scarcity, and because food is now more processed and more refined, it is also more calorie dense. But we still have thrifty genes, which means our bodies are primed to hold on to fat, even though there’s no famine coming.

Put simply, our forefathers were not overweight because they ate what they had planted or reared themselves. Food was simple, organic, and unprocessed. But when people move from rural to urban environments, the cheapest and most readily available food is often fatty takeaways.

In some parts of the country, spaza shops sell Cremora or coffee creamer at a cheaper price than real milk and mothers feed this to their kids. “[Cremora] is low in protein, very high in trans fats, very high in calories.” Children get chocolates in their lunch boxes and buy cool drinks at tuck shops at breaktime.

In a single generation, people’s diet can switch from a healthy, low-calorie one to one in which food is calorie dense and low in nutrition. But they still have thrifty genes, which hold onto all that fat, preparing for a famine that never comes.

Dr Sundeep Ruder, an endocrinologist, says South Africans eat to feel less hungry or satiated, and not for health. This is despite the fact that we should be eating to promote growth and well beingâ.

A 2013 survey on national health and nutrition in South Africa indicated that 64% of people consider cost and not health when grocery shopping; only 14% consider health.

“I think obesity is reflective of a very abnormal way of living,â€ Ruder says.

“We live in a society that is in the grips of capitalism with a focus on acquisition and not purpose or service. We spend on cheap food and not good food.â€ But you cannot buy your health.

Obesity: a health risk
Those who suffer from obesity are at a dramatically increased risk of cardiovascular disease, type II diabetes, high blood pressure, and cancer.

A 2015 study by the International Diabetes Federation (IDF) found that in South Africa, 7% of adults – approximately 2.29 million people â€“ between the ages of 21 to 79 have diabetes. But people often donâ€™t recognise that they are overweight, or only take their weight seriously, until it impacts their day to day lifestyle. Ryan only realised how serious his weight problem was when he took blood tests. â€œThe real trigger was when blood tests showed my insulin levels were above 50 when they should be below 10 in the morning,â€ he says.

Changing perceptions
A 2011 survey, the findings of which were published in the journal South African Family Practice, found that 73% of healthcare workers were overweight or obese; half of them had never tried to lose weight.

The standard way to determine whether someone is at an unhealthy weight or at an increased risk for cardiovascular disease is to calculate their Body Mass Index (BMI).The higher your BMI, the greater your risk. Your BMI is your weight in kilograms divided by your height in metres squared. If your BMI is below 18, this means you are underweight, 18-25 indicates a normal weight and 25-30 is consideredÂ overweight. When your BMI is above 30, you are classified as obese.

But BMI alone doesnâ€™t give an accurate indication of health risk. People with higher muscle mass often have a BMI that would be classified as overweight. In addition, Ruder says, the phenotype of our population also shows that people in South Africa carry a bit more weight than these averages. To compensate for these factors, doctors use BMI in conjunction with waist circumference to assess whether a person is at a healthy weight or not.

South Africa follows the guidelines set by the American Heart Association (AHA), which recommends that men should have a waist circumference of less than 102cm and women of less than 88cm.

Tackling obesity is a global concern
The World Health Organisation describes diet and physical activity as “a global health priority and has called for the development of a global strategy on diet, physical activity and health for the prevention and control of noncommunicable diseases”.

Ruder and Catsicas agree that education, particularly for school-aged children, is key. Eating habits are learned at a younger age, so the older we get, the more difficult they are to break.

Catsicas suggests government-wide campaigns of action and awareness. Ruder says there must be policy changes around the way industries label their food. The national health department has been pushing for this type of legislation, most recently with a proposed sugar tax but there has been pushback from the food industry.

Being overweight and obesity are the fifth leading risks for death globally. At least 2.8 million adults die annually from diseases related to obesity. Despite the dangers it poses, obesity is low on the list of health priorities for many. “Nobody takes cognisance because it’s a silent epidemic,” says Ruder.

Ryan has been following a balanced diet plan rich in fruit and vegetables designed by a registered dietician for a month now, and has lost about 8kg since he started. His weight loss journey is slower now than when he followed fad diets but he says he feels more nourished and energetic, and is now able to fall asleep without medication.

Obesity is a dangerous and widespread epidemic. We need to take it seriously, before it’s too late.