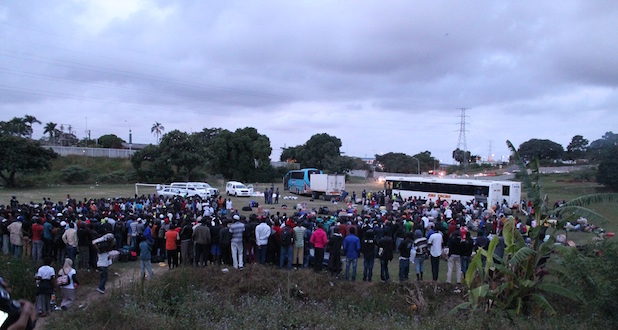 It has been described by some people as â€œstate xenophobiaâ€. Others have even gone so far as to call itÂ â€œethnic cleansingâ€.

But the South African government seems clueless as to how much damage Operation Fiela isÂ inflicting on the image of this country.

The police, the department of home affairs and the army have conducted massive raids nationwide â€“ often banging on doors and dragging people out, including scared children in their pajamas â€“ in the search for undocumented foreign nationals.

Those arrested have been verbally abused and kicked. They have been denied representation, according to lawyersÂ involved in the cases. The irregularity has been startling.

To the person inÂ government who thought it was appropriate to tag #WeAreAfrica with the arrest of almost 4,000 foreign nationals though Operation Fiela: get in touch. Weâ€™d like to chat to you about your lack of irony (since weâ€™ve long given up on this governmentâ€™s sense of humanity).