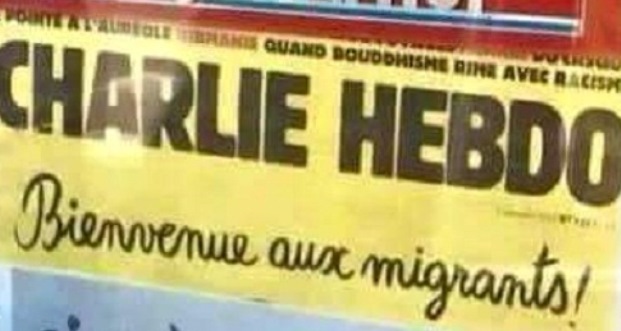 The world woke up to righteous condemnation over the latest Charle Hebdo cartoons. The French satirical magazine has been called everything from callous to disgusting to racist and insensitive.

And to be clear, they may very well be all of that, and more.

In the first drawing: “Si prÃ¨s du butâ€¦” or “So close to his goal.” The cartoon shows Aylan Kurdi’s body washed ashore in front of McDonalds ad, saying “Two children combos for the price of one.” In what seems to be a rather distasteful depiction of the boy’s plight and the ongoing refugee disaster, perhaps the artists are saying something else.

Imagine what lengths the Kurdi family have gone through – the war, the hiding, the human traffickers, the trauma, and all so that they might reach a better place: a land of hamburgers and scavenger capitalism. Europe is sure as hell not all it’s made out to be.

The use of Ronald MacDonald is also particularly critical. Europe’s two-faced approach to the refugee crisis; it took the little boy’s death to humanise the refugee crisis, only for Europe to recognise them as potential consumers.

I don’t think the #CharlieHebdo cartoon of Kurdi are mocking the dead child. They are highlighting ironies in a nuanced, subtle, way #kurdi

In the second cartoon, Charlie Hebdo goes all out to show, “The proof that Europe is Christian.” Here Jesus Christ stands, supposedly walking on the water, and announces, “Christians walk on the water” [while] “Muslim children sink”. At first glance, these depictions appear to present a Christian vs Muslim binary, celebrating European Christendom versus others – especially unwelcome Muslim others. On a second look, it does, however, appear that Charlie Hebdo is poking fun at the establishment – the European establishment.

While there is a thin line between welcoming and deterring migrants and refugees, particularly Muslim refugees as the Hungarian prime minister did last week. The cartoon certainly points out that Europe is still more hospitable to a certain type of human being: a white, Christian. The cartoon doesn’t suggest that Muslims or other refugees should not be allowed into the Europe. In fact, it says the opposite: Christians are so protected by Europe, they could even walk on water to get here.

The cartoon pokes at the inhumanity of Europe. Not the refugee crisis. 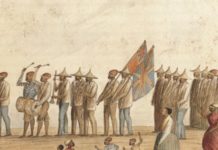 I don’t have exes