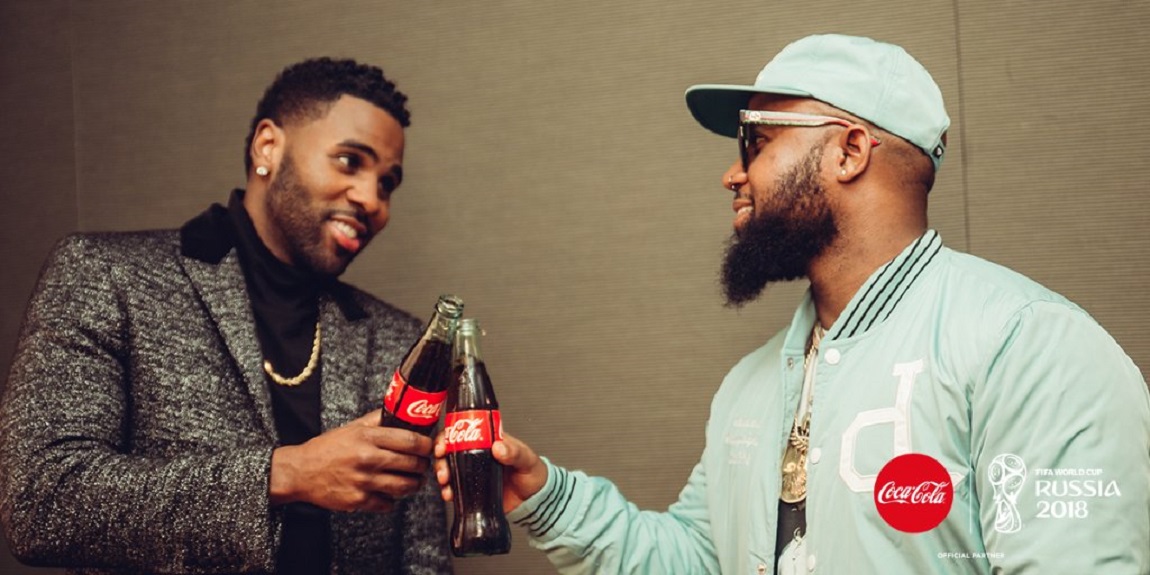 South African hip hop star Cassper Nyovest collaborated with international artist Jason Derulo for the 2018 FIFA World Cup Coca-Cola anthem – and the result is pure fire. But Cassper has been doing all of the things. SHAAZIA EBRAHIM and FATIMA MOOSA are here for it.

We’ve been waiting for the song to drop since February when the collaboration was announced. Coca-Cola invited local artists from all over the African continent including South Africa, Tanzania, Ethiopia, Mozambique, and Ethiopia to collaborate with Derulo and create uniquely African anthems for each of their countries. Our multi-award-winning artist, Refiloe Phoolo, or Cassper Nyovest as we know him, was selected to represent the country internationally.

Looking back at this and feeling blessed! I got to collab with .@jasonderulo on the .@Cocacola_za FIFA World Cupâ„¢ï¸ Anthem “Colours” and tomorrow ya’ll get to hear it. Get ready for some ðŸ”¥ðŸ”¥ðŸ”¥ pic.twitter.com/3U6lAWrm43

The anthem called Colours is a fun and catchy track that is all about celebrating the excitement of the world’s biggest football tournament. Cassper adds that uniquely South African flavour that turns the track into the ultimate bop.

When the song finally dropped this morning, fans showed it all the love.

One fan also said that Cassper’s version was much better than the original version and the version that features Colombian artist Maluma.

Another person said the vuvuzela in the background of the track takes them back to the 2010 World Cup in South Africa. Good times.

The World Cup song is not even the tip of the iceberg of Cassper’s achievements.

He dropped out of school at the age of 16 to pursue his dreams of making music as a rapper and producer. And while we are totally here for the importance of education, it is incredible how brave Cassper was in chasing his dreams.

“I told my parents that I’d rather chase my dream, which I believe is going to work out, rather than keeping it safe and regret it my whole life,” he said.

Nyovest is also known in South Africa as Mr Fill Up. This is because in October 2016, he managed to fill up Orlando Stadium which is a 40 000 capacity venue. This was seen as a huge moment for the hip-hop genre in South Africa and the African continent.

Nyovest exceeded this achievement when he managed to almost fill up the FNB stadium, an 75 000 capacity stadium in December 2017. He managed to sell 68 000 tickets for the concert.

Recently, he made the news because he reportedly refused to go and watch the Queen, Beyonce at Beychella because he was too self-disciplined and busy with work to go. When we go over our eventual shock (Who turns down the opportunity to meet Queen B?!?!), we realised we respect his dedication to the hustle and to making more amazing music for us to listen to.