Home Prejudice What happened when I tried to interview a black man who hates...
WhatsApp
Facebook
Twitter
Email
Print 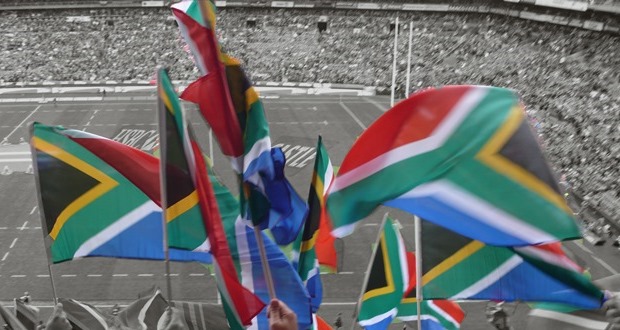 QINISO MBILI discovered he had no choice but to nod along to the vitriol â€“ because there is some sense to it.

It is exhausting trying to engage with someone who has decided to hate an entire race of people. Besides trying to understand where the hatred is coming from, IÂ also hadÂ to give so much of myself just to keep the conversation going. He really seemed to believe heÂ is always right. HeÂ certainly didn’t think his views could be questioned.

So in order to draw him into conversation,Â I had to keep nodding myÂ head to things I know are absurd.Â After all, it was hard enough to actually find someone like him to open up to me.

I quickly found however, thatÂ Â nodding along is what you need to do to validate a racist, in a group, this attitude authenticates and endorse racism. If anything, this shows how tawdry and insecure racial-based prejudice reallyÂ is.

â€œThese people hate us, there is no good white man. Believe me,â€ he said. â€œThe more we continue letting them live on our land, things will only get worse.â€

And while this conversation was meant for work, I’ve encounteredÂ this kind of prejudice socially as well.

I am not sure which is better between avoiding public space interactions about race with prejudiced people or continuing to engage with them, in the hope of letting them see reason. In some cases when you ignore their warped sense of view, you feel unjust. But sometimes, when you engage them, you might find that the conversation bears no fruits as it just entrenches both parties’ respective opinions.

For black people who are prejudiced there are often a number of flimsy excuses for disliking white people, but what seldom gets left out is the legitimate anger at the remnants of the apartheid regime. The abuse, lost opportunities and murders are all at the heart of discontent with white people.

And the way itâ€™s going, it seems it will be a long, long time before we can say we have entirely shed the legacy of apartheid, and colonialism.

These attitudes are perpetuated as they are passed on to the next generation. When racists talk racism they do so loudly and proudly seeing themselves as heroes to those who feel the same way but cannot speak up. This is what Penny Sparrow was doing what she did without knowing that her status message would reach people who donâ€™t agree with her. When she posted that update on Facebook, she intended for it to be seen by her kind of people, for whom she would be a hero.

But I also think racial-based prejudiceÂ could be closely linked to self-esteem issues.

There is however a difference between racial-based prejudice and pointing out the entrenched inequalities in the country that are fundamentally racist.

The economy is thought to be controlled by one race while the majority of the country struggles to overcome poverty. Let’s not forget that there are racial trends throughout our social class system.

I wonder though if we can overcome hatred.Â Our country does not have a shortage of bigots. Some are more unapologetic than others but all of them are consciously or unconsciously eroding our opportunity to build a cohesive society. But until we remedy the structures of our society, and economy, some black people will continue to hold a deep seated prejudice against white people. And I don’t think we can actually blame them for that.