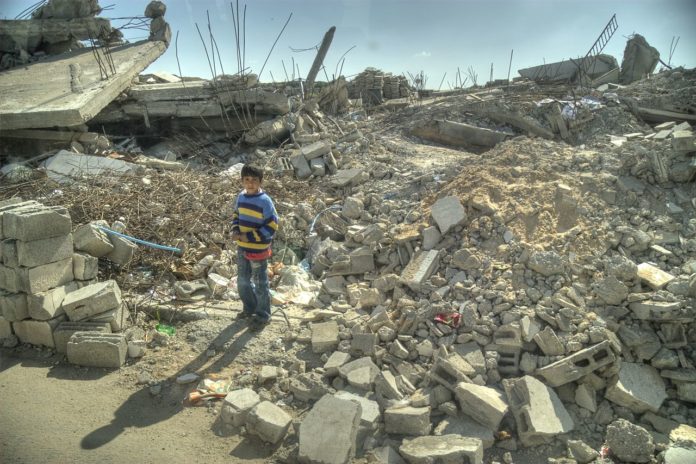 In May 2020, Israel bombed Gaza from May 10-21. During the 11 days of bombing, 256 people were killed and 2000 wounded. Hundreds of people lost their homes with essential healthcare and other infrastructure damaged. NGO Care Palestine released an evaluation that 44% of Gazans report no access to water.

Firstly, can you describe the work you do?

I am the Gaza office representative for CARE Palestine (West Bank/ Gaza). Much of my work revolves around planning, overseeing and leading the economic empowerment program from ideation to completion. I also provide technical support to our team and partners.

What is a typical day like working in Gaza and for CARE?

I like to start each day by catching up with my team over coffee. This helps my team and I connect in an informal, positive way, which is crucial to maintaining our wellbeing. Then I like to go over my schedule to make sure any calls or meetings I have are top of mind, and I get any prep work for those done first thing. Then, I usually answer my emails while I’m still fresh.

After that comes the best part of my job: going to field visits where I meet a lot of interesting people and learn more about their lives and needs. Once I get back to the office, I usually have one or two scheduled calls with partners and donors each day. I also update my work plan throughout the day, but before I leave, I double check to make sure that the electric generators are turned off. Working in Gaza calls for daily monitoring of the generators, because if they happened to break down, all of our work that day would be jeopardised and lost. 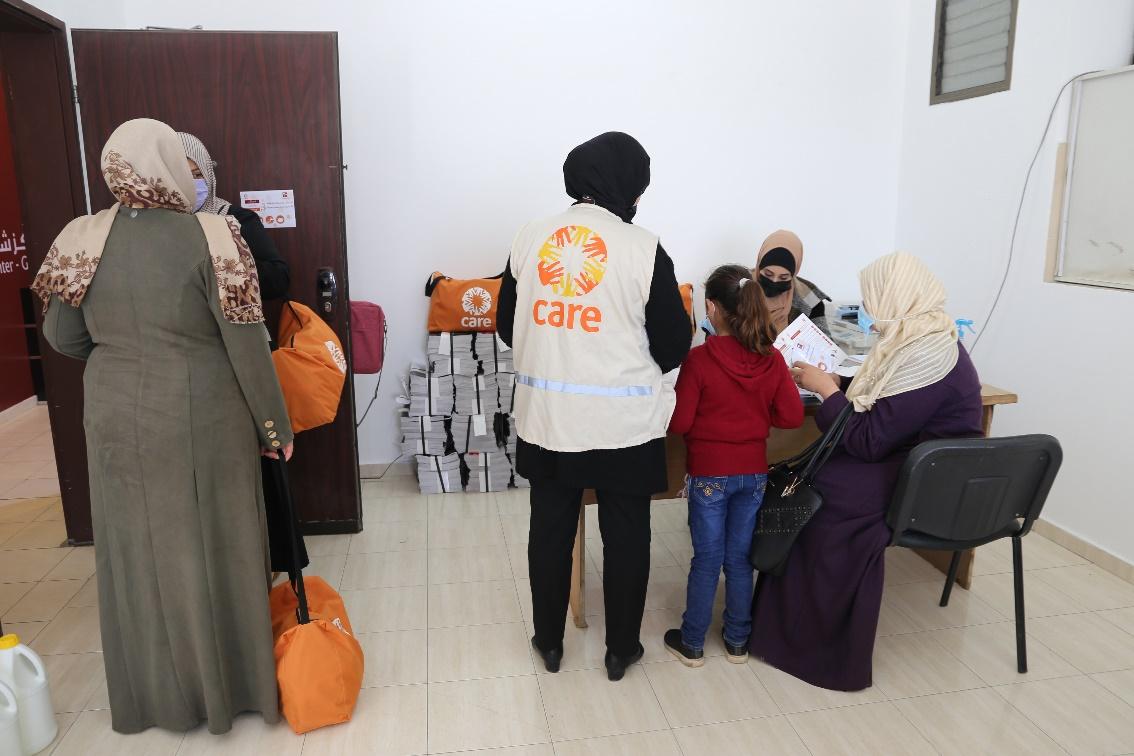 What is the situation in Gaza?

In brief: Palestinians in Gaza have been subjected to a land and naval blockade for the past 14 years and have had almost no opportunity for economic growth and recovery since then. The Gaza Strip has one of the highest population densities in the world, with a total population of around 2 million and 1 million under 18 years of age. 68.5% of Gazan households are food insecure, and over 85% are dependent on the humanitarian aid received from UNRWA, INGOs and others. 97% of available water is undrinkable, the unemployment rate has reached 43% and the estimated poverty rate in Gaza is 64%. Most of the poor families are struggling to meet their basic needs. Electricity supplies remain at extremely low levels, with an average of only 8 hours of power provided daily.

How did the recent bombing of Gaza affect the already dire situation?

This is the 4th round of fighting in 15 years, and Gaza has been under a blockade for 14 years. The continuous airstrikes and the major damage to roads and buildings have prevented humanitarian organisations from helping those affected and in need in Gaza. Over 70% of the two million inhabitants are internally displaced in refugee camps. Access to hospitals and other vital infrastructure became very difficult because of the incessant airstrikes and major damage to roads and buildings.

Can you explain briefly what are the five main things you would want people to know and understand about Gaza?

A) Over two million residents of Gaza have been living under blockade for more than 14 years. B) Gaza has rapid population growth.

C) 97% of available water is undrinkable, and the aquifer is contaminated by untreated sewage. Even the sea is polluted due to the cut of electricity.

D) The ongoing conflict with Israel.

E) The unemployment rate is 43% in the Gaza Strip and the poverty rate is around 64%.

What are the biggest needs for the people of Gaza?

A) Ending the blockade.

B) Reconstruction of what was demolished in Gaza after the last crisis.

C) More funds to improve the health and socio-economic situation of the people, especially women and youth.

D) Open the border crossings on a daily basis and remove the restrictions on movement and access. 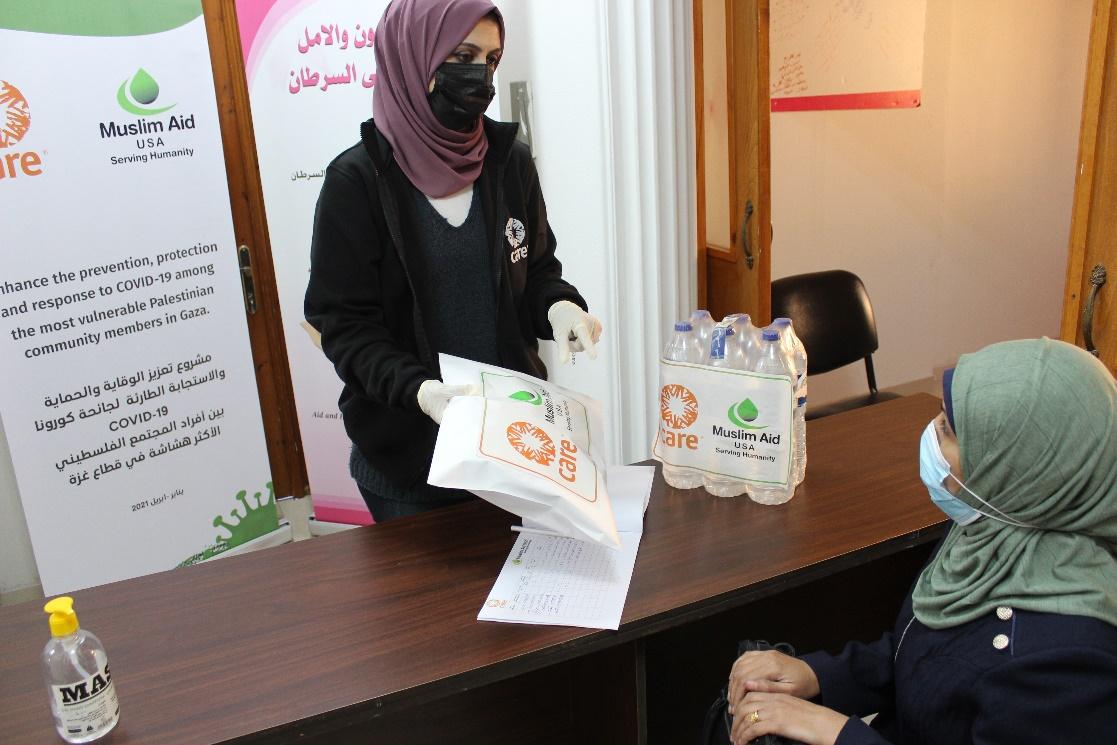 Some of the biggest difficulties for you?

Honestly, being a humanitarian aid worker in Gaza is challenging. On one hand, you have to care for and provide life-saving emergency assistance to people living in the world’s largest open-air prison. Essential supplies are dictated by special coordination and must undergo multiple processes and approvals, which unfortunately slows down our work.

On the other hand, one must survive this open-air imprisonment themselves. I am a humanitarian aid worker and also a mother and a grandmother. Seeing my grandchildren live in constant fear is not easy. Seeing them grow up with their fundamental human rights unmet is not easy as well. I love my family and friends, and unfortunately I constantly worry for their well-being.  It is never safe in Gaza. I believe that is my biggest difficulty.

How do you manage to cope with working in these difficult situations?

It is not easy at all to cope with the given situation, but Gazans love life, and fortunately we have managed to find happiness in the little things. Like sitting by the beach, putting on music and dancing, going out for walks, enjoying a good meal and talking to each other. Honestly, this is what I do. Whenever I feel overwhelmed, I gather my friends, put on some music, and dance like there’s no tomorrow.