Home Features Tied together by blood, separated by greed: what Uzalo taught us in...
WhatsApp
Facebook
Twitter
Email
Print 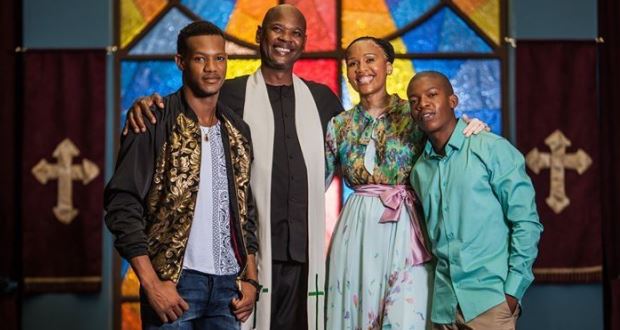 Uzalo took SA television viewers by storm, snatching the title of most popular drama from Generations: The Legacy. LIZEKA MADUNA explains what Uzalo taught us this year.

The popular drama Uzalo tells the story of two families, the Xulus and the Mdletshes, who share a secret bond through their sons, who were swopped at birth. The families are also tied together through their mutual hatred.Â OneÂ familyÂ is God-fearing and believes that where there’s a will there’s a way; while the other would do just about anything to putÂ food to the table.

This year, Uzalo exploredÂ how greed leads toÂ disloyalty and creates conflict between loved ones.Â The Xulu family has been torn apart by warring brothers. Gxabhashe is prepared to do whatever it takes to keep Mxolisi out of his way, even going so far as to set his brother up to goÂ back to jail for good. The conflict has started to affect the whole family.Â IfÂ only they’d had the maturity to put their differences behind them. (Well, we wouldn’t have a TV show to watch, but everyone would be a lot happier.)

Another moral seems to be that nothing good comes from evil. The Xulus, who made their fortune hijacking cars and dealing drugs live a lavish life based onÂ blood money, butÂ they are a largelyÂ unhappy family.

Meanwhile, the religious Mdletshes have been affected byÂ aÂ series of unpleasant incidents. Uzalo seeks to show that aÂ believerâ€™s faith will always be tested, regardless of how religious they are.

Pastor Mdletsheâ€™s actions after losing his temper showÂ how everyone is human first, regardless ofÂ what position or title they hold. It is anÂ indication of how some situations or circumstances place people in a corner and how their reaction could affect their lives and those of their loved ones.

This year Uzalo also highlightedÂ how easily accessible drugs are in townships, and the challenges that child-headed families face when drug addiction hits.Â Amandla, Gxabhasheâ€™s child from another woman, became a whoonga addict in theÂ blink of an eye after she and her friend NkosinathiÂ came across a packet containing the drug lying in the street Â and agreed to try it out.

It isn’t clear what lies in store for Uzalo next year, but with Bonga Dlamini, who plays Mkhonto confirmed to be leaving there’s sure to be a shake-up in the storyline.