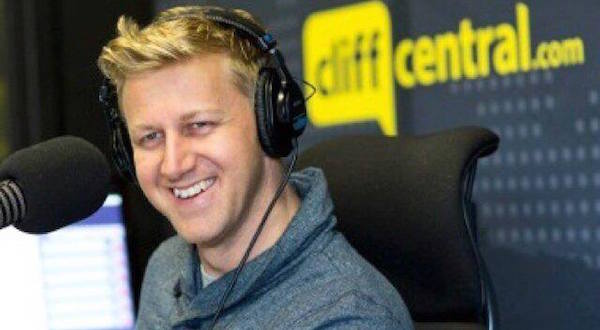 Black Twitter was outraged when radio personality Gareth Cliff inquired about who was footing the bill for South African football captain Senzo Meyiwaâ€™s state funeral. Cliff responded to the furore in a blog post on his website, but the incident shows South Africaâ€™s struggle for reconciliation is nowhere near finished.

The nation had barely laid Meyiwa to rest on Saturday when Cliff took to Twitter in apparent concern for taxpayers.

Who's paying for this massive funeral for #SenzoMeyiwa ?

Vuyo Yekani, former spokesperson for the Ministry of Higher Education and Training, responded to Cliffâ€™s tweet, suggesting the DJ â€œcelebrate black successâ€. Instead of taking Yekaniâ€™s advice, Cliff responded like this:

@VuyoYekani Well I never supported Pirates, and I'm sad he's gone but Messi wouldn't get this in Argentina, and Senzo was no Messi

As a South African citizen, Cliff had a right to question the cost of the funeral and who might be paying it. If reports are true, the ANC might be strapped, which means state expenditure could be even more of a concern than it usually is. Not to mention, as Cliff says, funerals are often a time for politicians to cash in on some sympathy.

â€œ[The tweet is] a good question, and one which we should all ask,â€ Cliff wrote, â€œespecially because politicians love using the grandstand a funeral provides as a soap-box from which to manipulate emotional people.â€

But the tweets are still infuriating.

In his blog Cliff claims to know the history of our country, but his reference to Messi shows little understanding of the legacy this history has left. South Africaâ€™s black middle class is still emerging, and success stories like Meyiwaâ€™s are rare to find. Outside of soccer, not many black heroes exist in democratic South Africa, and those who have made it are inspirational to young black people who are grappling to overcome poverty and the privilege history has gifted to a select few.

Cliffâ€™s remarks were born from his own privilege, which he then used to set standards which suggest that Meyiwa wasnâ€™t good enough for his own funeral.

But who is Gareth Cliff to say that a man doesnâ€™t possess the right skills to be mourned with a state funeral? And when did skills dictate how people should be buried?

While Cliff wrote that he would â€œrather see heroic members of society buried in this fashion than politiciansâ€, his tweets highlight a failure to understand what Meyiwa represented for many South Africans and how this footballer became a symbol of black achievement.

Cliff, with his own misguided sense of what the majority should spend its money on, was blind to the meaning of Meyiwaâ€™s passing, focusing solely on what he thought was important. Perhaps Fikile Mbalulaâ€™s observation that Cliff suffers from a â€œVerwoerd hangoverâ€ isnâ€™t too far from the truth. After all, apartheid had a lot to do with white people thinking they knew best. And when Cliff was called out for his transgression, he painted himself the victim.

â€œI donâ€™t mind if we paid for Senzoâ€™s funeral, but I mind that I am the bad guy for asking the question,â€ Cliff said on his blog. â€œSadly, for a time, I became more important to these angry people than Senzo.â€ He dismissed the anger against him, saying critics were â€œemotionalâ€ and thereby irrational.

But this trivialisation of black anger is an affront to legitimate concerns around privilege in South Africa, and black people are tired of it.

â€œIt is about time white South Africans recognise that the black majority has suppressed its anger in the hope of your type changing their attitude,â€ Mike Maile said in an open letter to Cliff.

Meyiwa’s death was not an isolated incident; in South Africa, around 18 people die of gun-related wounds each day. It’s true many of them will be ignored in todayâ€™s headlines.

His death however was a catalyst for national mourning because he was a public figure with a rags to riches story, a person who touched others with his humility, skill and determination to succeed; he beat all the odds set against him and reached a level of success many black youth aspire to. Cliffâ€™s failure to acknowledge this and attempt to set a standard for black success is a distortion that dismisses the accomplishments of democratic South Africaâ€™s black heroes.

One man cannot tell South Africans how they should mourn, and he certainly cannot tell them that their hero wasnâ€™t good enough. – Featured image via the