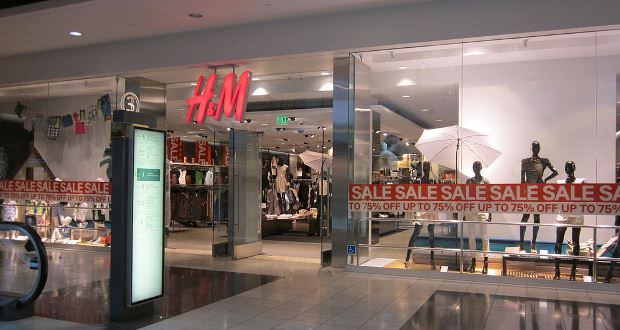 International retail giant H&M set up shop in SA recently, with one store opened in Cape Town last month and one in Johannesburg just yesterday. But it’s already alienated a lot of potential customers thanks to a mind-boggling exchange on Twitter.

When fashion blogger Tlalane Letlhaku commented on Twitter saying that “most, if not all your posters in store have no black models” and to “please work on that to appeal to everyone,” the response was “H&Mâ€™s marketing has a major impact and it is essential for us to convey a positive image”.

@Tlaly_Branch H&Mâ€™s marketing has a major impact and it is essential for us to convey a positive image. 1/4

Granted, this was the first part of a a multi-part response but what followed wasn’t exactly reassuring either.

People were not pleased, because frankly WTF?

Shout out to @hmsouthafrica for blatantly stating that black people do not convey a positive feeling to the public…in a BLACK country ??

H&M eventually responded to the criticism – this time in a six-part tweet – saying that it is “a global brand working across all continents within the Northern and Southern Hemisphere,” that “fashion is global and so are our marketing campaigns” and that it has “worked with many models from various ethnic backgrounds in our campaigns” before listing models of various ethnicities who it has worked with. This has to be the fashion equivalent of “but some of my best friends are black”. We already know that the fashion industry has some serious problems when it comes to hiring black models, and it’s high time more brands owned up to that fact and committed to doing something about it – particularly those operating in Africa. The bottom line is this: When someone says that perhaps, when doing business in Africa, one should consider using more black models, the appropriate response is “Yes, you’re right.” Â  Â  UPDATE: Â H&M has issued another clarification of its tweets, apologising as well for any offence caused.Â

H&M regrets the response to a social media message that was recently aired and wishes to clarify the intention. pic.twitter.com/IybEBotudU â€” hmsouthafrica (@hmsouthafrica) November 5, 2015