Home As Told to “When talking about our heritage, it’s difficult to decide what it is.”
WhatsApp
Facebook
Twitter
Email
Print 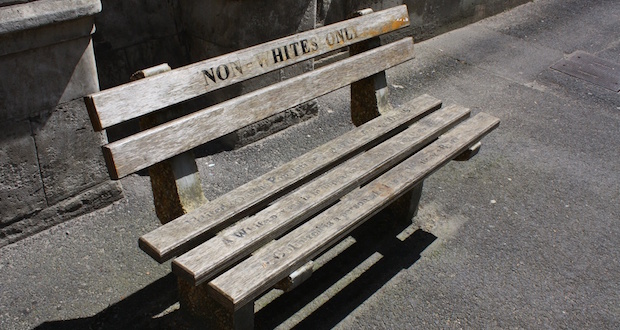 YUSUF DADOO, the nephew of apartheid struggle hero Dr Yusuf Dadoo, reflects on his heritage and tells Aaisha Dadi Patel why he thinks understanding your own heritage is so important.

I grew up in a very large family. Living in Krugersrdorp, religious occasions such as Eid day were a huge thing which we would share with the whole community in a communal space – everybody shared in the activities. It built a unity that still stands today, and I think that’s a huge part of my heritage, and something that has played a big role in who I am.

My maternal grandmother instilled a lot of Islamic principles in my cousins and I, and taught us how important it was from a religious viewpoint to fight injustice.We came from middle-class families, but we were always aware of the social and economic oppressions that existed amongst the majority of the population. My religion has had a big influence on my life. The Islam that I came to know as I grew up was centered onÂ social justice. There were political undertones to everything – from a young age, we were aware, for example, that we should not support the Springboks. Non-racialism was something that members of my familyÂ fought for. My paternal uncle, Dr Yusuf Dadoo, had a major impact not just on our family but on South Africa as a whole. He was a communist, a believer in passive resistance, and part of the Defiance Campaign, someone who had been banned and exiled by the apartheid government.Â He always made it clear that we needed to have pride in ourselves as individuals, and not be subjected to any form of oppression.Â We are fortunate to have hadÂ my uncle, with his socialist beliefs aboutÂ uplifting the community. I’m proud of my link to him.

It’s important to remember Heritage Day, especially considering our past, when we were forcibly grouped into boxes – we never had the opportunity to have a heritage, and now that we have the freedoms that we do, it’s important to develop that. Post-democracy though, we haven’t yet come out of our limitations, so when talking about our national heritage it’s difficult to decide what it is. There’s no common ground per se, and that’s where our challenge lies.

We need to break down barriers and have common themes – whether it’s through our sport or culture. In my generation especially, we still have baggage from the past because of what apartheid did to us on a social and cultural level. We need to consolidate, take stock of everything right now and claim our heritage back for ourselves.

We have a cultural identity at the moment because of traditions in our communities but what we need to have is a shared, South African culture.

OurÂ historyÂ is important. We’ve got to know where weÂ come from.Â Equally important is knowing the people who share the space that we’re in. Learn their histories, and what it is that makes them who they are. What does anyone stand to lose from that?”