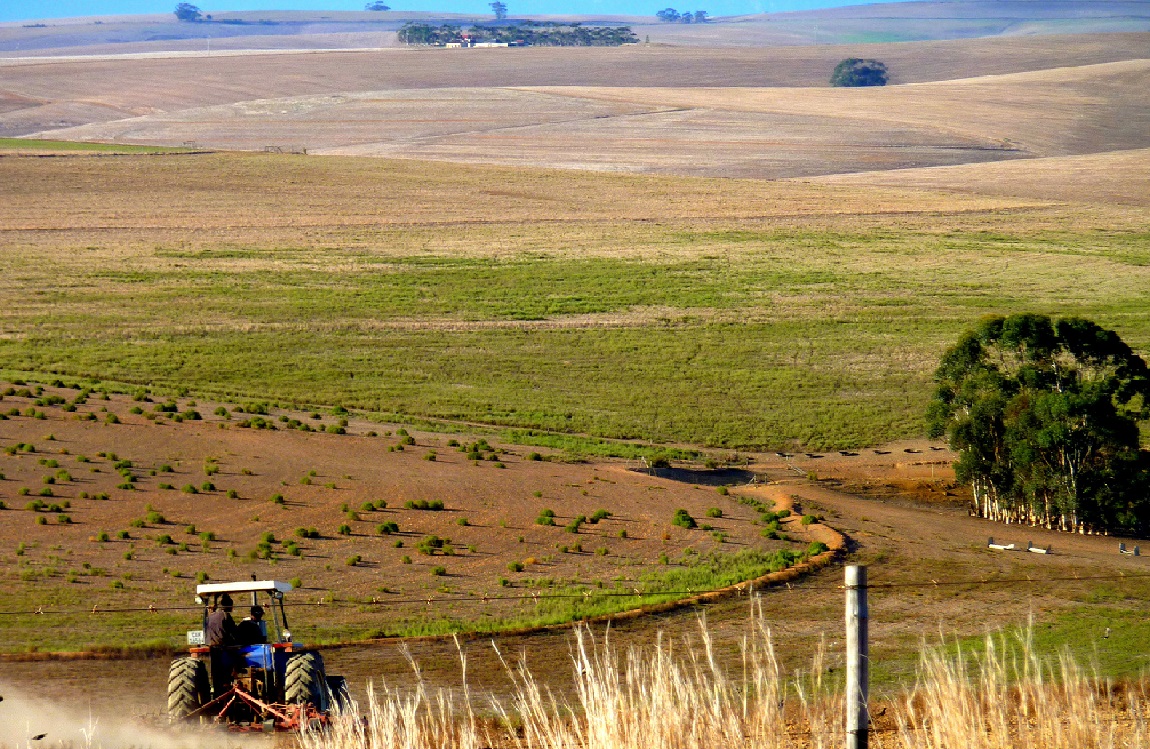 The conversation in South Africa is centred around land after the historic moment in parliament in March 2018 when the National Assembly passed a motion to review section 25 of the Constitution which deals with property and land expropriation. Section 25 says that property may only be expropriated for “a public purpose or in the public interest” and is “subject to compensation” – the amount of which, and the time and manner of payment, must either have been agreed on by those affected or decided by a court. The amendment seeks to remove the “subject to compensation” bit to allow for expropriation without compansation. The Daily Vox explains where the top three South African parties stand on expropriation of land without compensation – and how the public can participate in the legislation.

The ruling party has always endorsed land reform. In its first elective manifesto in 1994, it said â€œSouth Africa belongs to all who live in itâ€ and made a number of commitments to making this a reality. It said it would: guarantee women equal rights to land and special assistance; assist small farmers to get access to training, credit, and markets; encourage large-scale farming, and ensure security of tenure and all basic rights for farm workers; restructure development agencies and marketing boards to serve the farmers and consumers; guarantee victims of forced removals restitution, which should be carried out fairly through a Land Claims Court; and use state land in the implementation of land reform.

To date, this process has been slow and largely ineffective. However this year, the ANC championed the expropriation of land without compensation. In his 2018 State of the Nation Address (SONA) address in February, President Ramaphosa said: “Guided by the resolutions of the 54th national conference of the governing party, this approach will include the expropriation of land without compensation… Government will therefore undertake a process of consultation to determine the modalities of the implementation of this resolution. We make a special call on financial institutions to become our partners in mobilising resources to accelerate the land redistribution programme, as increased investment will be required as we generate more growth in agriculture and treat the sector as a job creator and a sunrise sector of the economy.”

In his reply to the debate on the SONA, President Ramaphosa said that expropriation without compensation would need to be located within a broad and comprehensive land redistribution and agricultural development programme. He expanded on this in his address to the House of Traditional Leaders and said the land reform programme must have clear targets and time-frames guided by sound legal and economic principles, and must contribute to overall job creation and investment objectives. “By providing more land to more producers for cultivation, and by providing the necessary support, we are laying the foundation for an agricultural revolution. We are determined to work with traditional leaders to significantly expand agriculture, not only to ensure food security, but also to create jobs on a significant scale and increase the value of our exports,” the president said.

The DA does not support land redistribution without compensation. It supports a land reform process that achieves redress in rural communities and promotes economic inclusion to lift rural people out of poverty, and fosters growth and prosperity in the agricultural sector. It also aims to address the land needs of those who’ve historically been excluded from land and property ownership, and access to urban land and housing opportunities. In terms of policy (without amendment to the Constitution) to make this a reality, the DA proposes to give far more black South Africans the opportunity to be owners of both agricultural and urban land. It proposes for new and past recipients of state subsidised housing to receive full title deeds. It commits to making it cheaper for first time buyers to purchase homes through the lowering of transfer costs. The DA will distribute government-owned farms and unplowed land; give residents of tribal land legal security of tenure; allocate adequate budgets to settle all remaining land restitution claims, and for land reform purposes, on the basis of the Constitutional guidelines for compensation. Those who want to farm will receive support through the transference of skills and access to the resources and markets they need to sell their goods.

Expropriation of land without compensation for equal distribution is one of the EFF pillars for economic emancipation.Â The EFF would have that all land should be transferred to the ownership of the state. The land transfer should happen without compensation and should apply to all South Africans, black and white. Through its legislative capacity, the state will administer and use land for sustainable development. Those who are using the land or intend to use land will have to apply for land-use licences, which will be granted only when there is a purpose for how the land will be used. These licences will be granted for a maximum of 25 years, renewable if the land is being used as planned. The state should hold the right to withdraw the licence and reallocate the land for public purposes. Under the EFF’s land legislation, no one should be allowed to own land forever, because this would mean that those who have money can, over time, buy huge plots of land and use them for counter-developmental private purposes.

Have your say in the land debate

A parliamentary committee is investigating whether the Constitution must be amended to facilitate expropriation of land without compensation and wants to hear what South Africans have to say. It has called for written public submissions on whether section 25 of the Constitution, and any other sections, need to be changed. The closing date for written submissions and requests for oral presentation is May 31.

The constitutional review committee must eventually report back to Parliament by 30 August. Find out how to make a submission here.