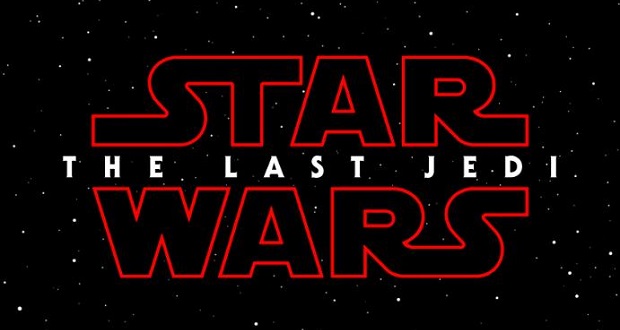 Earlier this week, the title for the upcoming Star Wars movie, Episode VIII was released. The title – The Last Jedi – has lit up the internet as people are wondering just who the hell the last Jedi is. The Daily Vox takes a look at the various theories as to who it could be. Warning – there may be spoilers from Star Wars: The Force Awakens*.

If you havenâ€™t been keeping up with the Star Wars movies, what rock have you been hiding under? This epic sci-fi space saga tells stories of love, war, intergalactic politics, and awesome sound effects, taking place “a long time ago in a galaxy far, far away”. In the movies, the Jedi are an ancient order that dedicate their lives to serving others and maintaining balance throughout the galaxy.

They can channel The Force, an energy field that connects all living beings. The Jedi tap into the Light Side of The Force which gives them the ability to move things with their mind, influence the thoughts of others, and to sometimes see the future. These space knights also use lightsabers – cool laser swords – that they use to fight against the Sith (those who use the Dark Side of the Force) and other bad guys.

Since the release of the eighth movieâ€™s title, there has been a lot of speculation as to who exactly the the last Jedi is. So who could it be?

It’s official. STAR WARS: THE LAST JEDI is the next chapter of the Skywalker saga. This December. #TheLastJedi https://t.co/ySkVwQcMTP pic.twitter.com/eHrPgbsRJq

In The Force Awakens, Leia Organa has been running the resistance and is now looking for her twin brother, Luke. She sends off a resistance pilot, Poe Dameron, to the planet of Jakku to get a map his location. He is then captured by the The First Order who have risen from the fallen Galactic Empire.

Poe gives the map to his droid, BB-8, who then escapes. Sound familiar? But itâ€™s only at the end of the movie that we actually see Luke, who is found on an isolated Oceanic planet. Basically, the entire plot of The Force Awakens revolves around finding him, so it would make sense that the next film would also be about him.

In the opening crawl of the same movie, Luke is even referred to as â€˜the last Jediâ€™. â€œLuke has vanished. In his absence, the sinister First Order has risen from the ashes of the Empire and will not rest until Skywalker, the last Jedi, has been destroyed,â€ it goes.

If people are wondering who “the last Jedi” is, they already kinda spelled it out in the last movie. It’s Luke. #StarWars #TheLastJedi pic.twitter.com/ly7gTZN9yF

Yoda also dropped some hints in Episode VI: Return of the Jedi. He tells Luke, â€œwhen gone am I, the last of the Jedi will you be”, followed by: “pass on what you have learned, Luke.â€ He already attempted to train a new order of Jedi before they were wiped out by his apprentice who turned to the dark side, but could it be that his teaching days arenâ€™t over yet?

Then again, Obi-Wan said HE was the last

That means there are probably 50 more Jedi

And 100 more of my family members

A scavenger who was abandoned on the planet Jakku as a child, Rey would be the next likely choice. As The Force Awakens unfolded, we find out that she is actually Force sensitive. When she is captured by bad guy, Kylo Ren, and taken to Starkiller Base, she is able to escape using The Force to meddle with the mind of a stormtrooper. She even wields Lukeâ€™s lightsaber and kicks Renâ€™s butt when they face off.

In the next film, we may see Luke training her to be the next Jedi and his replacement. However, heâ€™d probably be reluctant to train her as his last apprentice turned to the Dark Side. A sadder interpretation, which we hope DOES NOT happen, would be that Luke trains Rey but then dies – making her the last Jedi.

Yes, Rey can be the last Jedi, can we please get over that. *cough* Sit down misogynists! *cough*

Previously known as Ben Solo, Kylo Ren is General Organa and Han Soloâ€™s son who was being trained by Luke before he turned to the Dark Side. Looking at Anakin Skywalker in Episode III – Revenge of the Sith, his desperation to save his love PadmÃ© (as well as a bit of a push from Palpatine aka Sith Lord Darth Sidious) drove him towards the Dark Side and to become Darth Vader.

Even though Kylo is currently a Dark Side warrior there is a chance that could also change sides, like Anakin, and become a Jedi. The official Star Wars Twitter account calls the new film the â€œnext chapter of the Skywalker saga.â€ Since Ren is actually a Skywalker, this could be set up for a redemption story where he turns to the Light Side, possibly goes back to Luke to finish his training, and becomes the last Jedi.

IT COULD ALSO MEAN THAT KYLO REN TURNS BACK TO THE LIGHT SIDE TO JOIN REY AND LUKE OMG. #TheLastJedi

4. What if it refers to more than one person?

The word Jedi is the same in its plural and singular forms. Taking this into account, we could then argue that The Last Jedi would refer to more than one person. In the eighth film we may see Luke and Rey teaming up to defeat Kylo Ren and the First Order. Or an unknown Force user could show up and help them to defeat the latest enemy threat.

Hang on, the plural is ‘Jedi’, so why are folk arguing whether it’s Luke or Rey? ‘#TheLastJedi‘ could literally mean the last billion Jedi.

5. What if Kylo Ren and Rey switch places?

Star Wars is filled with characters who walk the line between the Light and Dark Sides of The Force. As we mentioned before, Anakin is a prime example of someone who became a Jedi knight, but turned to the Dark Side. It could be that Rey, after receiving training from Luke, somehow turns to the Dark Side and becomes the new Sith lord.

What if Luke Skywalker is “The Last Jedi” because Rey turns to the dark side. #TheLastJedi

This would leave Luke as the last Jedi, once again. We also spoke about Kylo Ren changing to the Light Side of The Force. Maybe later he faces off against Rey in an epic battle for the title of the last Jedi. This change would follow the premise of previous films, making it interesting to see how they evolve to fit into these new roles.

*Note: Our editor couldnâ€™t care less about spoiler alerts, because itâ€™s been over a year, and if you havenâ€™t watched The Force Awakens yet, what are you doing with your life?