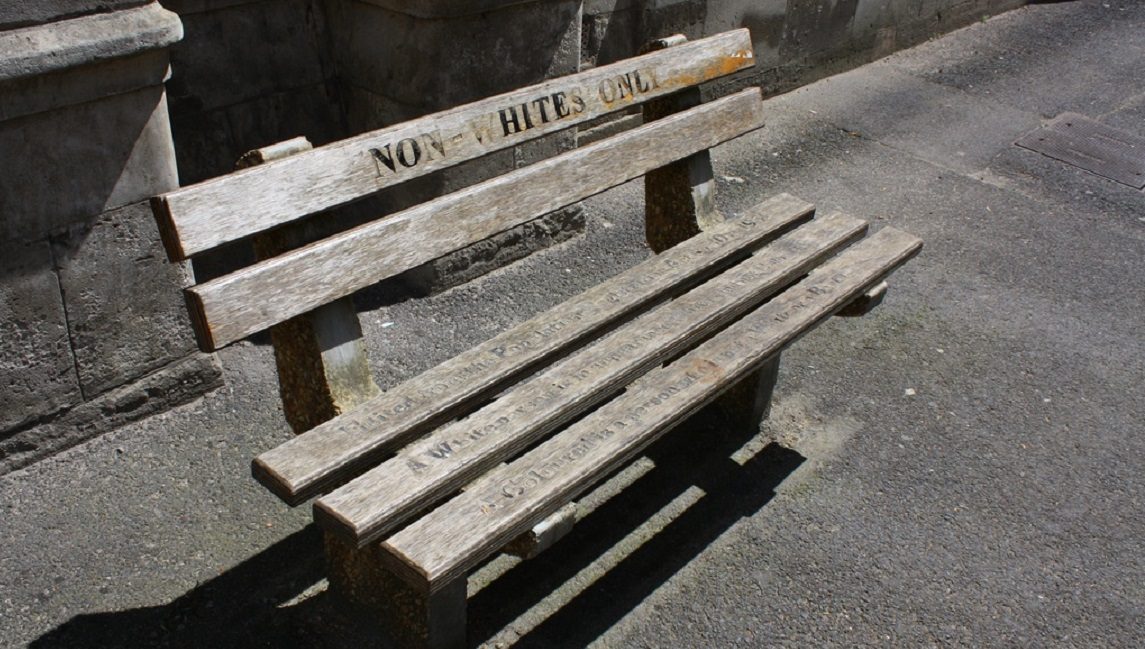 Many of us have not healed from the wounds the legacy of colonialism and apartheid left us, and we’re not going to forgive anyone for it anytime soon. For this, we are unapologetic – #SorryNotSorry.

There are a couple of factors that make both colonialism and apartheid unforgivable. The ineffectiveness and Christian-ethical imposition of forgiveness under the farce called the Truth and Reconciliation Commission. The lack of justice for the mothers, widows and children who are left with questions about where the bones of their loved ones were carelessly tossed by freelance assassins hired by FW de Klerk and others. The unaccountability, lack of shame and the silent endorsement of apartheid – past and present – by the white community make the “forgiveness” of such gross inhumane deeds by a settler minority a self-mutilation.

Luckily, for some black elite, the political power and neo-colonial capitalist million dollar contracts have resulted in a perverted social amnesia. The African National Congress, under the leadership of Nelson Mandela, and endorsed by Archbishop Desmond Tutu, enforced social cohesion in a nation where past and present oppressive God-complexed settlers live lavishly while the previously and currently socially, geographically, economically and psychologically oppressed watch oppressors live lavishly on stolen land in a constructed “Kumbaya” fairyland.

Every now and then, one white person slips up and says what most white people think and discuss over their cocktails by the poolside, and the underlying beast rears its white supremacist head. White liberals come out, guns blazing, claiming that Penny Sparrow is an anomaly. Black people are momentarily outraged and then we go back to playing “happy homeâ€™ with a community that vehemently hates us. Like people under a strong Madiba spell, we go back to Rainbow-Nationing.

Whether it is Penny Sparrow, the existence of Orania, or the summer military camps preparing white boys for a race war, there is enough micro-aggression from the white community to suggest that they are not ashamed about apartheid. Without looking at the macro colonial structural racism, the micro-aggressions inform us that the reason apartheid ended was because they couldn’t play rugby outside the country. So how does one forgive people who are not sorry, or show no inclination of changing their ways?

Collectively, black South Africans are suffering through what social psychologist Leon Festinger calls ‘cognitive dissonance’. One of the most common characteristics of cognitive dissonance is “denial or rejecting something too discomforting to accept, asserting contradictory or false things as true, using words that are true to convey false assertions and spin”. Sound familiar?

Denial about the perpetual trauma of micro aggressions and macro structural racism has been the only tool of Black people to survive post-apartheid apartheid. This why Black people can live in the aspirational realm of reality as opposed to the actual reality. This just means that, Black people experience a violent and oppressive lived reality but have psychologically deluded themselves that everything is alright.

But everything isn’t alright. Nothing about the human rights violations, the colonial symbolism all over our towns and the current psychological violence of being told you are healthy when you are bleeding to death is okay. Black people are collectively suffering from post-and-current traumatic stress disorder as a result of colonialism and apartheid. I would like to argue that the first step to Black (psychological) liberation is recognising this cognitive dissonance.

We have to take off our Madiba Magic goggles and deal with our reality. That, in our own land, we exist as slaves in the baas’s plantation. We need to decolonise. Each black person has to ask themselves: how has forgiveness changed our lived realities? How does forgiveness hold white people accountable for their implication in colonialism and apartheid? And most importantly, how will forgiveness get us our land back?

The answers are uncomfortable – and that’s where we need to get to in order to effect change.

7 poems commemorating the Women of the anti-apartheid struggle