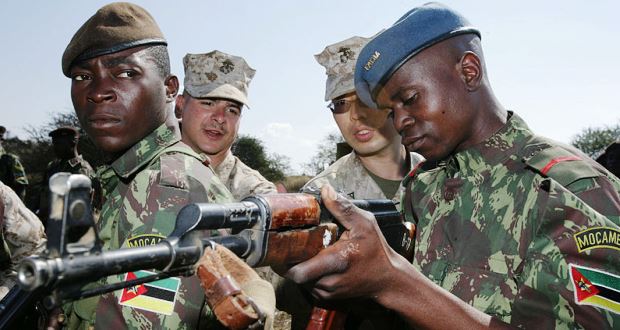 Thousands of Mozambican refugees continue to flee to Malawi to escape fighting between government troops and fighters loyal to opposition forces. DANA DA SILVA looks at why civilians are fleeing their homes.

The Mozambicans, mainly originating from the Tete province, told local authorities that they fled fighting between the Mozambican National Resistance (RENAMO) and the party in power Mozambique Liberation Front (FRELIMO).

United Nations High Commissioner for Refugees (UNHCR) spokesperson Karin de Gruijl told media “[the refugees] say that government forces are attacking villages believed to be harbouring opposition members,” but added that the UNHCR has been unable to confirm the allegations.

The UNHCR told Al Jazeera that from 20 January there have been a total of 3,477 refugees arriving in Malawi, with between 50 to 60 people arriving every day. Two-thirds of the refugees were women and children who said that their homes were burnt down, with some parents having been separated from their children.

Bote Zamadenga of medical humanitarian group MÃ©decins Sans FrontiÃ¨res (MSF) said on their website that people started arriving in Malawi in July 2015, fleeing from the conflict between the government and opposition forces.
Agreements were made between local and national authorities for Mozambicans to be hosted in the local communities. The majority of them returned to Mozambique after two months. Aid agencies assumed it was a temporary situation, but in the past few weeks, the flow of refugees crossing the border into Malawi has increased substantially.

The two parties fought against each other in the civil war, ending it with the signing of the General Peace Agreement (GPA) in October 1992. This resulted in a 20-year peace, but RENAMO never completely disarmed after the war. In 2012 Afonso Dhlakama, now head of RENAMO, set up a remote camp in the Gorongosa Mountains with a small group of ex-combatants and launched a low-level guerrilla campaign in 2012 to push for their demands.
These demands are:
1. for greater representation in state institutions (particularly the national security forces);
2. that the electoral system be reformed (as it allegedly manipulated the electoral processes); and
3. that they be granted a more equitable share of the countryâ€™s natural resources.

In 2013, government forces attacked Dhlakamaâ€™s Gorongosa base, and in retaliation RENAMO declared an end to the General Peace Agreement. Throughout that year government forces continued to clash with the guerrilla fighters who allegedly attacked cars, buses and trucks on the main north-south highway.

The following year, RENAMO and FRELIMO signed a ceasefire to put an end to the armed conflict ahead of the presidential elections in 2014. The general peace agreement included an accord over the integration of RENAMOâ€™s remaining armed forces into the state security forces.

The government then claimed that RENAMO fighters carried out two attacks, in the province of Tete, violating the peace agreement. This was followed by another peace accord which was signed after the elections in September 2014. Afonso Dhlakama also claimed that the elections were fraudulent and that he will seize control over the six northern provinces, where his party won the majorities in the 2014 national elections, declaring them autonomous in 2016.