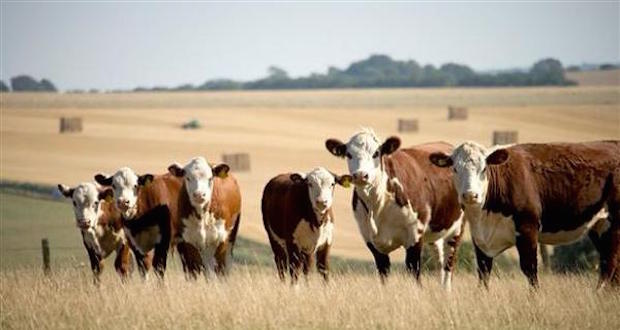 The government of Indian-administered Kashmir has imposed a blanket ban on the sale and slaughter of cows after a special lawsuit designed to serve the public good, known as a Public Interest Litigation,Â was filed against the slaughter of cows in the state. Legal experts say it’s not a good idea. RIFAT MOHIDIN explains.

The slaughter of cows and the sale of beef has been banned in Jammu and Kashmir since before the partition of India, when the then-princely state was ruled by the Dogra Dynasty. But the ban has never actually been enforced.

Cows are considered to be holy in India, but the country is still the worldâ€™s second-largest beef exporter, after Brazil. But recently,Â the ruling Bhartiya Janta Party (BJP) and its affiliated Hindu nationalists have been pushing for a nationwide ban on cow slaughter.

Kashmiris, more than 70% of whom are Muslim, see the ban as an attempt by the Indian government to interfere in their lives in the disputed territory.

Muslims in Kashmir, who have referred to the ban as a scar on the secular claims of the country, say the move is illogical and hurts the sentiments of Muslims.

The ban is also being seen as a move that would create a fresh wave of unrest in Kashmir, a politically volatile territory which has seenÂ two decades of unresolved conflict between India and Pakistan. It is also expected toÂ affect the leather trade in Kashmir, an industry which supports thousands of people,

Legal experts have called the ban unlawful and unconstitutional, and yield nothing but trouble in the state.

There is also the threat of deepening communal divides in the politically sensitive state and of inflaming tensions between Muslims and Hindus in the state. Separatists groups have already called on Kashmiris to protest and resist the move.

Six people have been injured in clashes with security forces over the matter and last week dozens of cows were slaughtered as a sign of defiance against the court order.

Islamic scholars in Kashmir have also passed a resolution calling upon Kashmiri Muslims to slaughter only bovine animals on Eid-ul-Adha, the Muslim feast day which marks the end of the pilgrimage to Mecca and which is marked by the ritual slaughter of animals.

– This article was informed by an interview with senior high court lawyer GN Shaheen in Kashmir.
– Featured image via Twitter