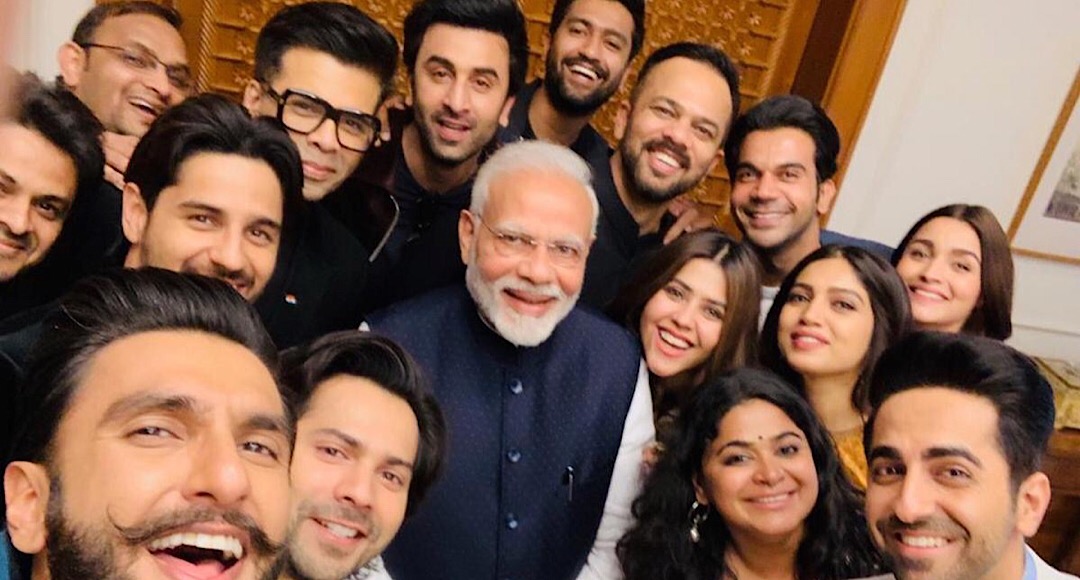 This week in all your faves are problematic, Bollywood celebrities are endorsing a war between India and Pakistan. Tensions are high between the two countries who have both carried out aerial strikes against each other in the past week, with the disputed area of Kashmir caught in the middle. In all the pomp and nationalistic sentiment, there seems to be collective amnesia of the dangers of war. By SHAAZIA EBRAHIM and FATIMA MOOSA.

Bollywood celebrities show their support for the Indian army

In the midst of the military actions taken by India and Pakistan, Bollywood celebrities have added their voices to the noise. Several well-known actors including Ranveer Singh, Ajay Devgan, Akshay Kumar, and Deepika Padukone tweeted their support for the Indian army and their actions against Pakistan.

Devgan tweeted on February 26: “Mess with the best, die like the rest. Salute #IndianAirForce.”

Mess with the best, die like the rest. Salute #IndianAirForce.@narendramodi.

But enough about celebrities here’s what happened in the Indian subcontinent in the past weeks.

When did the tension start?

Relations between India and Pakistan have always been tense. However, after a suicide attack on an Indian paramilitary convoy on 14 February, 2019 conflict began anew. The attack killed 42 Indian soldiers in Indian-administered Kashmir. The attack is the deadliest in the region’s history, since 2016. India claimed Pakistani-based rebels staged the attack.

India countered and launched air strikes on February 26. A day later, on February 27, Pakistan shot an Indian pilot down over Kashmir which sparked fears of a full-scale war. Meanwhile, India simultaneously claimed to have shot down a Pakistani Air Force warplane. Pakistan denied India’s claim. Eventually, it was accepted that Pakistan had taken Indian Wing Commander Abhinandan Varthaman into custody.

In a “peace gesture”, Pakistan returned the captured pilot on March 1 in a high-profile handover, but both sides remain on high alert.

Where does Kashmir fit in with all this?

Basically, India controls Kashmir. But the area has been contested over the years. There are some Kashmiris who want the right to self-determination. Some want independence for the region, while others want a merger with Pakistan. The history of the Kashmir conflict can be traced back to 1947 when the region was divided between India and Pakistan after independence from Great Britain. Both India and Pakistan claim the territory in full. And several rebel groups have been at war with the Indian military for years now. All the people of Kashmir want is the right to self-determine their own future.

How has the conflict leaked into pop culture?

Following the tensions, the All Indian Cine Workers Association banned Pakistani actors and artists working in the Indian film industry. Devgan announced that his new movie Dhamaal would not be released in Pakistan. Pakistan has also issued a ban on Bollywood movies.

In the months leading up to the Indian election in May, movies have been released in India which critics have said are highly propagandistic. In a country like India where Bollywood movies and actors hold a lot of sway, it’s expected that these movies could influence the elections a great deal.

This is not the first time Bollywood has gotten entangled in nationalist politics especially from their government led by Prime Minister Narendra Modi.

Bollywood and Indian/ Pakistani relations in the past

Tensions intensified between the two countries in 2016 over attacks that left 19 Indian soldiers. India retaliated with surgical strikes on alleged Pakistan terror camps. Following this, there was an overall ban of Pakistani artists in Hindi movies.

Another casualty was Karan Johar’s Ae Dil Hai Mushkil. The movie starred Pakistani actor Fawad Khan. In the wake of the attacks, Johar released a video promising to not work with talent from neighbouring countries after there were protests.

Considering the power popular culture has in this conflict, celebrities should be more responsible about how they use their platforms.

Celebrities around the world are beholden to their audiences and systems of power. That’s not different for Bollywood celebrities. Given the political situation between India and Pakistan, speaking out against the Indian government is often considered treasonous. These high stakes often mean movies are censored because they do not meet the standards of being truly Indian.

Even before Padmavat starring Padukone, an epic Bollywood movie about a Hindu queen and Muslim ruler, was released in 2018 it sparked protests from Hindu right-wing groups. A Bharatiya Janata Party (BJP) politician even put a bounty on Padukone and director Sanjay Leela Bhansali’s head ahead of the film’s release. Hindu groups believed the movie inaccurately portrayed the queen and was an affront to their religious history. Changes needed to be made to the film before it was released.

This is just one instance that shows the unique space Bollywood actors and celebrities have to operate in. Knowing the political climate they work in, celebrities cannot be excused for advocating for war.

Nobody wins in a war

There is nothing romantic about war. War is messy, it’s long and protracted. In wars people are injured, raped and killed; houses, villages and towns are demolished; and large areas of land become uninhabitable, poisoned by dangerous chemicals. Innocent people – especially children – are the biggest victims of war. Nobody emerges from a war as a victor.

During a recent show, Trevor Noah made a joke about the two countries going to war saying it would be like a long dance. While the joke could be seen as slightly insensitive, the reaction to his comments displayed the bigger problem.

Noah himself addressed this saying it was amazing that his joke trended more than the actual conflict. The outrage over the possible war seems to have not received as much outrage from the people who found offence from his comments.

With legions of fans, celebrities hold a lot of power in influencing popular opinion. Bollywood celebrities are no different. By cheering on armed forces, all they achieve in communicating is an incitement of violence and a glorification of war. We aren’t asking for apolitical celebrities.

We’re asking for celebrities who understand the direct implications of what it means to support a war.

Zayn is highlighting his Desi roots and we’re loving it