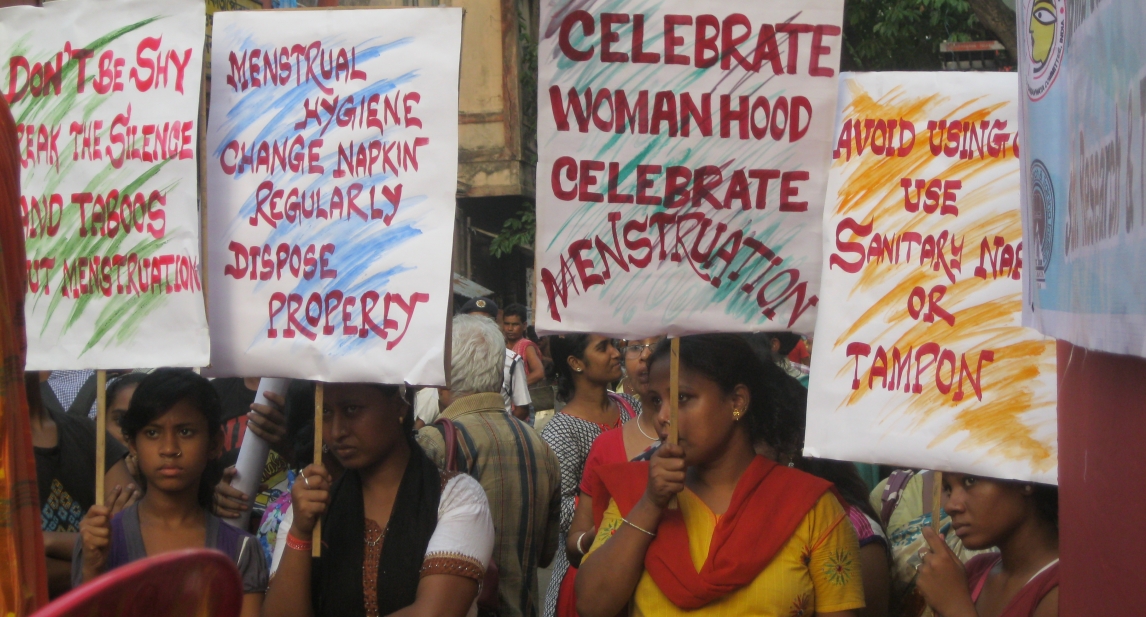 For many young girls the experience of going through their monthly periods can be very embarrassing and daunting due to the stigma associated with menstruation and lack of access to basic menstrual hygiene.

Many young women grow up with different myths told to them about menstruation, such as that periods are impure. Different measures have been sought by various organisations and activists to raise awareness about menstruation. So why is something so natural still a taboo?

“We are raised in families where even our mothers are not prepared to have such conversations with us. We grow up knowing that periods are not sacred so there are certain things that we can’t do while we are on our periods, such as cooking and I’m not sure whether it’s a matter of culture or not,” says Nokuthula Tembe, a learner at Iniwe Secondary School in Durban.

In some religions, a woman is not allowed to do any activities such as cooking while she is on her periods. Some cannot even share a bed with their husbands if married, because they are deemed unclean.

28 May marked International Menstrual Hygiene Day and Imbumba Foundation, through Caring4Girls, celebrated the day by launching a campaign aimed at reaching 100 schools per province between 2018 and 2019, in celebration of the late Nelson Mandela’s 100th birthday.

The Imbumba Foundation founder and CEO, Richard Mabaso, started the Caring4Girls programme to help keep adolescent girls in school during their monthly periods. He said he came up with the programme after overhearing a fearful conversation between his mother and niece about menstruation. A conversation he said he was excluded from because he is a man.

The conversation held between panelists and the audience was part of breaking the cycle of stigma and shame associated with menstruation in society. Speaking as part of the panelists, the CEO for Thebe Unico, Honey Mamabolo said: “Awareness has to be created at an early stage. As a society, we need to start including young boys and not have these conversations separately.”

The numbers aren’t certain but according to research by Africa Check, around 3.7 million girls could be missing school due to inaccessibility to adequate feminine hygiene, which is a basic need.

In 2016, Education Department in KwaZulu-Natal launched a rollout of free sanitary pads in schools to assist learners falling under lowest quintiles in the province, who cannot afford sanitary towels.

Meanwhile different organisations advocating for women’s rights have worked tirelessly to curb the shame that women often face for being on periods, it seems the strides are still at odds. Charlotte Sibiya, a beneficiary of Caring4Girls noted the importance of friendly and healthy relationship between a girl child and her mother.

“It’s very important as a girl to have a relationship with your mother because that’s one person who will never lead you astray. That means you are also able to educate them about stuff. I teach my mother about different things including those that I grew up to experience and, at times, I’d tell her she should have told me about them before I went through them,” she said.

Sibiya emphasized that it was important for women to teach each other about important matters and share knowledge.