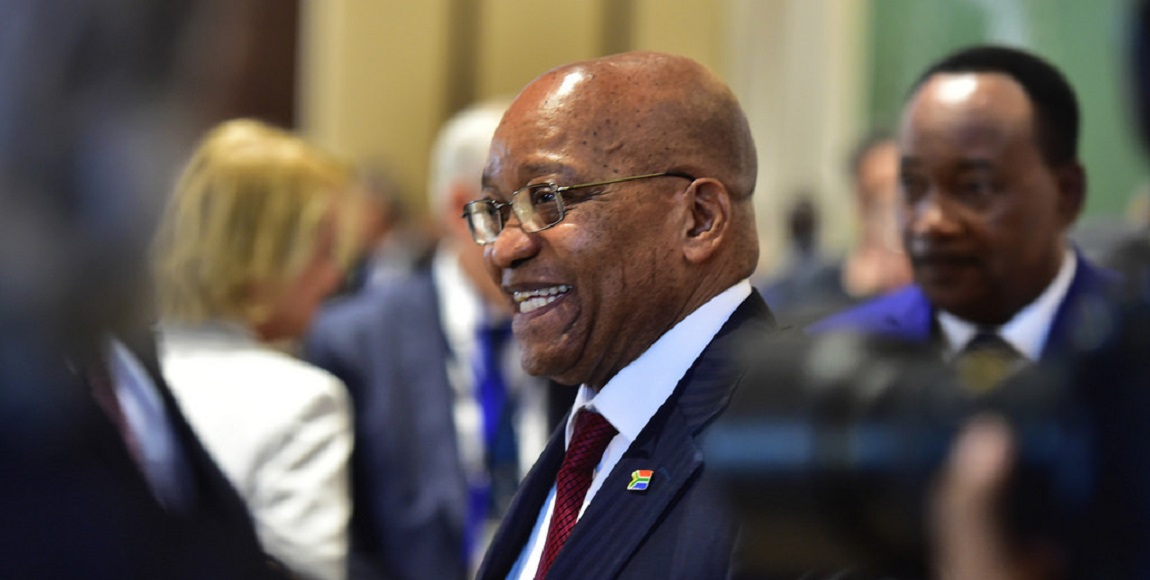 Opposition parties will not sleep on their attempts to oust Zuma – this time targeting the rest of the ruling African National Congress (ANC) as well. At a press briefing on Monday opposition parties – including the Democratic Alliance (DA), Economic Freedom Fighters (EFF), and the United Democratic Movement (UDM) among others – resolved that parliament must be dissolved and that Zuma must be removed through a motion of no confidence.

The parties have also called for an early election instead of waiting for the 2019 national election.

The director for the Centre for Constitutional Rights Phephelaphi Dube said in an interview with The Daily Vox that the dissolution can happen in two ways.

â€œThe first way is through a resolution – if the members of parliament vote to dissolve parliament by a simple majority,â€ she explained. Opposition will need at least 201 votes (more than 50% of votes) for the resolution to pass.

Section 50 of the Constitution sets out the process to dissolve the national assembly, stating that the president must dissolve the assembly if a supporting vote of the motion is adopted by the majority of the house.

If the national assembly cannot agree on a new president to vote in within the 30-day period, then this acting president can dissolve parliament unilaterally.

#OppositionParties are using two clauses of the Constitution to remove a President and Dissolve Parliament and go on early Election: Sec 102 & 50. pic.twitter.com/iWZDpcZW1c

If the opposition succeed and parliament is dissolved, it will be the first in democratic South African history and would result in a snap election. â€œSnap just means early election – bearing in mind the proper end of term is supposed to be in 19-months time,â€ Dube said.

According to section 49 of the Constitution, the acting president, by proclamation, is required to call and set a date for an election. It must be held within 90 days after the national assembly is dissolved.

The result of the election must be declared within seven days, according to the Electoral Act and if it isnâ€™t – or if the result is set aside by a court, the president must call another election.

The national assembly can function from the time it is dissolved, or its term expires, until a day before the first day of polling for the next assembly.
Dube is doubtful that the dissolution of parliament and a snap election will take place. â€œUltimately it’s really about the numbers – the question being whether the opposition parties have a sufficient number of votes,â€ she said.

Dube added we need to bear in mind that getting the ANC MPs to vote for the dissolution of parliament is asking them to vote against their own interests. Especially because the opposition parties are targeting them too.

Opposition parties couldnâ€™t wait for the ANC to handle the presidentâ€™s fate because it is complicit in Zumaâ€™s wrongdoing, DA leader Mmusi Maimane said on Monday.

Maimane said the constitutional court had found that the national assembly had failed in its duties as it didnâ€™t hold Zuma accountable after the Nkandla court judgement. It is for this reason, he argued, that the party should be dissolved. EFF leader Malema and Maimane both said that the ANC was also responsible for Zumaâ€™s actions, and that it could not be trusted to handle leadership negotiations that would affect South Africa.

The EFF also said it does not support a Ramaphosa presidency. â€œWe are not for Cyril,â€ Malema said. â€œCyril is like Zuma, they are the same.â€

Dube said despite the attempts to holding members accountable, thereâ€™s no guarantee that this will come to fruition. â€œEven if they are removed from their positions in parliament, they can still be slotted back in after the election so thereâ€™s still not much guarantee that they will be held accountable,â€ she said.

Another consideration is that all political parties filed a list of names as part of a closed list system. â€œEven if parliament is dissolved, there’s nothing that stops the ANC from putting those same candidates back into parliament again,â€ Dube said, â€œitâ€™s just a question of having a list of names and slotting in those candidates.â€

We also need to consider the logistics, she said. The Independent Electoral Commission (IEC) can hold elections at the earliest in 72 days. During the local government elections there was a problem of people not having sufficient addresses, there is also no clarity on whether the IEC has rectified that problem. Thereâ€™s also the question of whether opposition parties have the finances and campaigns at the ready to run for an election in 90 days.

â€œSouth Africa may not be ready for an early election,â€ Dube said.

UDM leader Bantu Holomisa said that logistics and the question of finance must not be an excuse for people to justify and protect this corrupt government. â€œItâ€™s not a matter of whether we are ready financially. Itâ€™s a matter of fulfilling a principle,â€ he said in an interview with The Daily Vox. Holomisa also said parties will get the funding from the private sector for elections.

Maimaneâ€™s spokesperson Portia Adams said to The Daily Vox in an interview that the DA is ready to run for an early election. â€œThe call for early election is because the ANC government does not govern in the interest of the people and has lost all legitimacy. It is time to give power back to the people of our country and allow voters to elect the government we need to stop corruption and move our country forward again,â€ she said.

When asked whether opposition parties had consulted with ANC MPs about the majority vote in parliament, Adams said opposition parties represented in parliament who attended the meeting on Monday unanimously agreed to the dissolution. â€œThe delaying tactics employed by the ANC in negotiating a soft exit for Jacob Zuma serve only the interests of Zuma himself as well as the interest of the ANC,â€ she said.

The Daily Vox has reached out to the EFF for comment and this story will be updated if it is received.