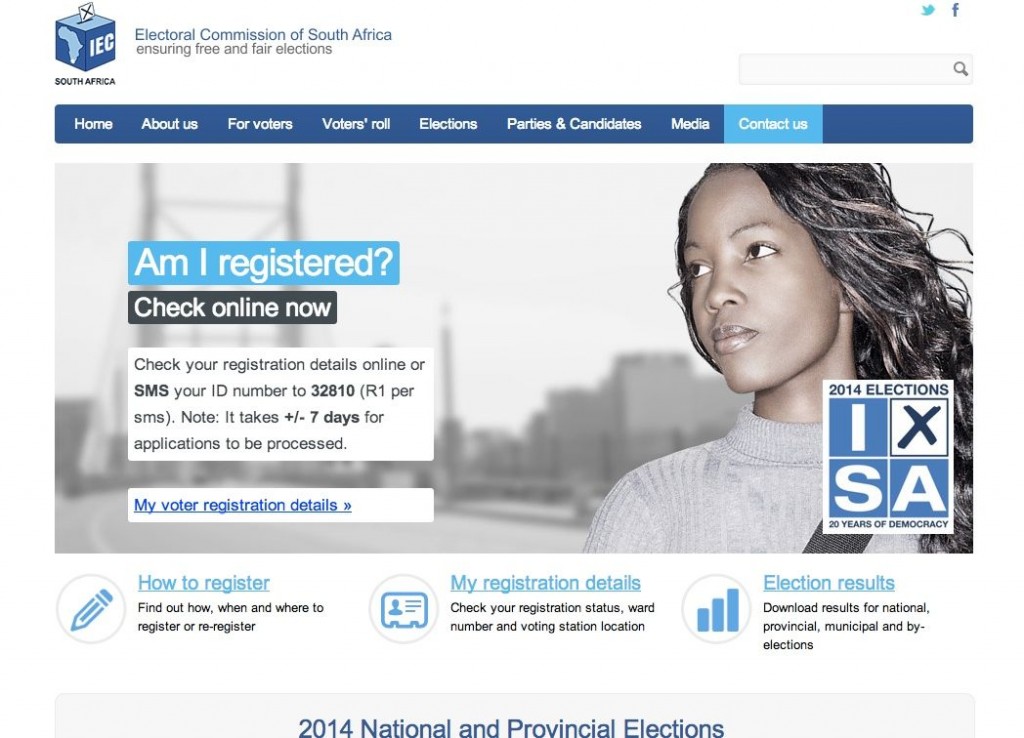 RAâ€™EESA PATHER reflects on the conversations sheâ€™s had with Capetonians during the last weekend of voter registration.

From Bo-Kaap to Philippi, the city was swamped with bellowing taxi drivers, gesticulating â€œcar guardsâ€, and people who love to talk. I chatted to people, became embroiled in their problems, fading hopes and the odd little skinner story. Despite the fact that everyone wants change, nobody believes theyâ€™ll get it.

It was in conversations with people like Nqayi that I realised the oddities of voting.

Nqayi has no house and no time for voter registration â€“ his job keeps him occupied seven days a week. He thinks the ANC is useless, and that the DA will never give him a proper home. He tells me all this as Nelson Mandelaâ€™s voice echoes the famed Madiba freedom speech through the Cape Town Civic Centre. The irony is hauntingly bitter â€“ in 20 years many have experienced mobility and change, while others have become neglected township wallpaper.

But still, Nqayi wants to vote. For him, voting has become a dangling seed that may one day become fruitful. And so they keep watering it.

Walking through the empty voting halls in Bo-Kaap, Philippi and the CBD, I felt like a girl being stood up on a date, I spent most of the weekend lurking outside registration rooms willing someone â€“ anyone! â€“ to arrive. For those who did make an appearance, the conversation was always intriguing.

Political parties may be grumbling about youth disinterest, but youngsters laughingly tell me that their peers simply find politics hilarious â€“ JZ, Zille and Juju, the kids arenâ€™t disinterested, theyâ€™re just too entertained to take you seriously. But the youth who have registered believe their vote can make a difference.

When they did pitch up to register, the excitement and energy of young people was boundless.

In contrast to the youth, older generations spoke to me with gloomy cynicism. Their weathered faces were a cinematic reflection of their words; the working class believe their lives are over at 50 andnothing can or will be done to better their standard of living. Their corrugated roofs groan under the weight of flimsy pay cheques, poor service, and a dismal education system. But they vote for the future of their kids.

Eileen Vlotman walked 10km to the Philippi Childrenâ€™s Centre to register her electoral vote, and all she wants is a house. In her lifetime, she muses, she will probably never get one.

While most Capetonians know why theyâ€™re voting, many seemed to be going about registration mechanically, listlessly and will be casting a ballot in the name of FOMO.

What struck me most is that within a fifteen minute time span I could be joking around with a 20-year-old clutching onto the power of their vote, or listening to a 50-year-old claiming their lives were finished, and change was merely an illusion.

Whatever the 2014 election brings, my hope is that this generation of youngsters will not grow up to be their parents – that when they reach 50 years old they will believe their lives can still be lived.