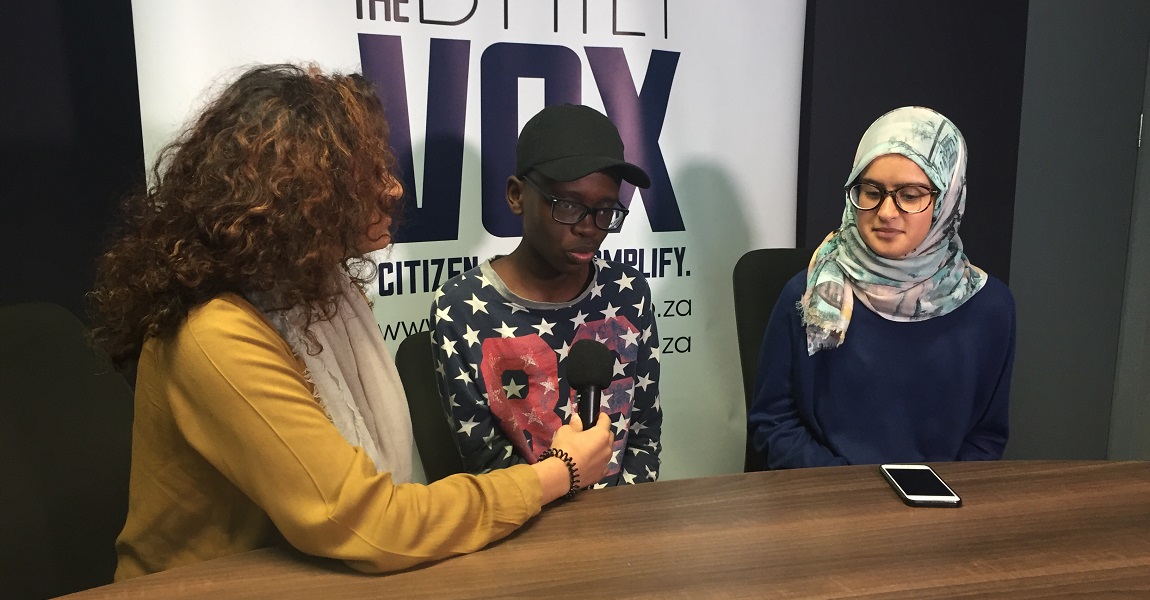 Fan culture and fandoms are an important part of growing up in the 21st century. The Daily Vox speaks to our own ARMY member Fatima Moosa and Beyhive member Mihlali Ntsabo about being a stan and the importance of critical consumption.

“Fan culture, in my understanding, is showing support for a public figure,” Mihlali Ntsabo, a member of the Beyhive says.

“Being part of fan culture is being part of a group of people who all like this one person or group and you support everything they do,” says Fatima Moosa, an ARMY member. “Like the Beyhive all support Beyonce, they go to her concerts, they buy her albums. Being an ARMY means you support BTS, you vote for BTS in all the awards they’re nominated for.”

Ntsabo has been a fan of Beyonce since he was very young and maintains that Queen Bey is the greatest performer of all time.

A bit more new in the game, Moosa has supported BTS since September 2017. Moosa says at first liking a Korean group that sings in Korean was a strange experience because she doesn’t generally understand what they’re saying. She supports BTS for more than their music and who they are.

“It’s also that they seemed genuine in their relationships with each other, that they showed to the fans. It’s about the message in their music where they spoke about societal pressures, about loving yourself, and the work they were doing with Unicef to end violence,” she says.

Like BTS, Beyonce is also driving societal change – and that’s one of the reasons Ntsabo stans her.

“Beyonce is also highlighting a lot of social issues: speaking out about black pride, supporting the LGBT community, speaking out about women violence. She’s actually finding new ways of driving important conversations that will attract and appeal to young people,” he says.

Being part of a fandom is also about the community created by the fans.

“Young people often feel isolated from society, from what our parents tell us, from what schools tell us. Being part of a fandom is not just about stanning a famous person, it’s about being part of a group that feels the same things you feel. You know there’s people out there who are there for you,” Moosa says.

“It’s also part of a resistance against older people who say the internet is a bad place, especially because a lot of fan culture takes place on the internet, it’s about taking back that space and making it our own,” she adds.

But sometimes being a stan comes with acknowledging when your idols are wrong – and also when your online community or fandom is wrong.

“I really think it’s important for us to become critical of what we consume,” Ntsabo says.

Ntsabo also acknowledges that it’s difficult to call out your fav when they’re being problematic.

While Moosa hasn’t been an ARMY for long enough to witness whether they exhibited problematic behaviour, she says: “If BTS do something problematic in the future, I hope I’ll be a critical stan and call them out.”

K-pop groups have been known to be problematic and we have called them out, she adds.

Speaking about coming for people within the Beyhive is a tricky thing. “[If someone who is not part of the Beyhive] says something against Beyonce, they’re seen as a hater. [As part of the Beyhive] if you’re the only one who is critical and you want to voice it on social media, you better be prepared for the attack. Even Beyonce herself has tried to come for the Hive and it never ends well,” Ntsabo says.

Moosa disagrees with media reports that ARMY is a militant fanbase. “That’s the perception that the media wants to create of this rabid group of fangirls – which speaks to the elitism of fan cultures to think fans are only young girls. The ARMY is diverse – as is the Beyhive – and they have diverse interests,” she says.

However, Moosa acknowledges that the ARMY can be a bit reactionary and says they need to step back and understand what people are saying and why before they label them as antis or haters. “There’s a reaction from ARMY that every attack on them is seen as an attack on BTS and the reaction is a bit problematic. The language they use can also be problematic when actually we should step back and see what people are saying and why they are saying this,” she says.

“All fans have a responsibility to be critical consumers and not just react,” Moosa adds.