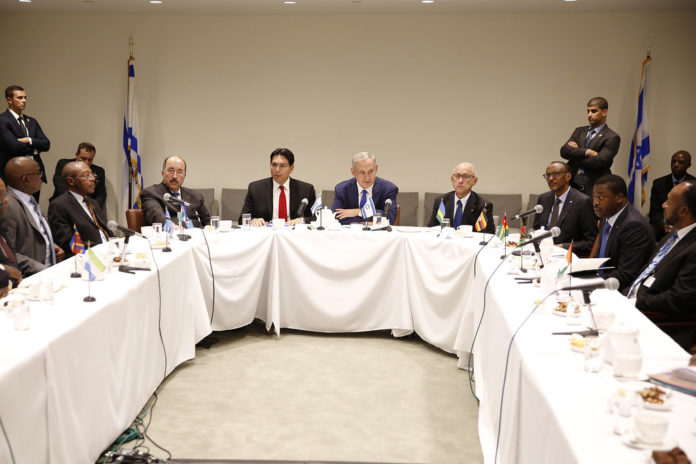 For decades, Israel has attempted to gain entrance into the African Union (AU) as an observer. On July 22, 2021 Israel succeeded. This is when the chairperson of the AU announced that Israel had been granted observer status in the organisation. This announcement was made without consulting other member states.

While many other countries have been granted observer status, Israel’s status has created controversy both on the continent and around the world.

Israel and the AU

Over the course of the AU’s existence, Israel has strived for observer status. The entrance of Israel into the AU took place without discussion among member states. It was launched upon the organisation suddenly. Chairperson of the AU, Moussa Faki Mahamat, hastily announced in July that Israel had been granted observer status.

This announcement was met with confusion from member states. Countries are in disagreement as to whether or not Israel should remain as an observer in the AU. Many are against Israel staying on, and have cited its occupation of Palestine as their reasoning.

Critical of the AU’s decision, some African countries and NGOs, have called for the rescinding of Israel’s observer status.

Hanan Jarrar, ambassador of the Occupied Palestinian Territories to South Africa, has been especially vocal on the issue. She said that “the AU did not fail Palestinian people; it has been one of Palestine’s most important and loyal allies in the past 19 years”. Jarrar said that granting Israel observer status “undermines the anti-colonial values that underpin the AU”.

Jarrar is worried by the AU granting such a privilege to Israel with such ease. “Now the AU risks following the example of much of the international community’s inaction,” she said.

Formed to strengthen ties between the African continent and occupied Palestine, the PAPSN is attempting to tackle the issue. Opposed to Israel being granted observer status at the AU, the organisation hopes to get it repealed.

“Mahamat’s undemocratic, unilateral decision to accept the Israeli ambassador’s credentials side steps these criteria and norms of procedure, and risks undermining the stability and credibility of the AU,” said the PAPSN.

“Israel claims that it wants AU observer status to help African nations with agriculture, technology and economic development. This is false.” The PAPSN explained that Israel is simply seeking entrance into Africa to gain opportunistic leverage. By fostering ties with African states, Israel will be granted their ability to influence their decision making.

“If we are serious about sanctions and international isolation of Israel and resisting state repression and corruption in our continent we cannot allow African governments to welcome apartheid into the AU,” said the PAPSN.

The AU is a continental union founded in 2002 and is made up of 55 African states. It was formed following the dismantling of the Organisation of African Unity (OAU). The AU seeks to bring about “an integrated, prosperous and peaceful Africa, driven by its own citizens and representing a dynamic force in the global arena.”

We have a new AU Commission chair, but does it matter to South Africa?

Since its inception almost two decades ago, the AU has worked toward strengthening ties among African countries. The organisation seeks to promote cooperation and peace on the continent, as well as integrate African economies.

Several states from around the world have been granted observer status in the AU. These include China, Mexico, the United Arab Emirates (UAE), Greece, and the Occupied Palestinian Territories.

The contentious history of Israel

The creation of Israel in 1948 in the wake of al-Nakba (the catastrophe) was a point of contention for many states in the international arena. Although several countries, including the United States, were quick to accept the state of Israel, others were not. Many African, Middle Eastern, and Asian states were weary of Israel’s creation.

A continent which today still remains affected by the aftermath of colonialism and imperialism, it is no surprise that Africa is yet to warm up to Israel. For years, Israel has attempted to make inroads into Africa and has, at times, succeeded. Israel has assisted African countries with technological advancement, providing them with know-how and infrastructure for electricity and water purification plants.

Israel has an amicable relationship with several African countries, including Ethiopia and Rwanda.

A majority of African countries, however, do not have close ties with Israel. South Africa, Tunisia, and Kenya are some of the African states which have condemned Israeli brutality and have openly criticised its apartheid policies.