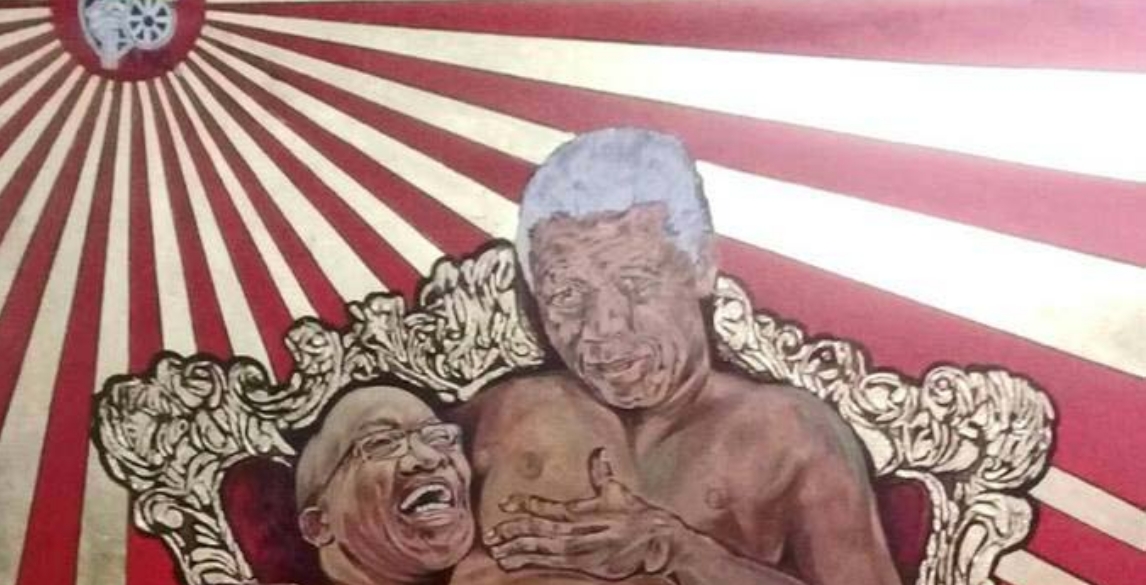 I tried to ignore the buzz around the latest Ayanda Mabulu painting, but it simply wasnâ€™t possible. Mabulu appears to be a chronic attention seeker who uses graphic sexual imagery to make vague political statements. His latest painting shows Jacob Zuma raping former president Nelson Mandela. But the response has been one of shock but little outrage, and certainly nothing on the scale of what we saw when Zapiro drew his latest rape cartoon.

Mabulu justified his painting saying that, â€œthe rapist is continuing what he is good at â€¦ he is constantly molesting this countryâ€.

The Nelson Mandela Foundation said it found the painting â€œdistastefulâ€ and the ANC said in a statement that â€œsuch vulgarity and disdain for the dignity of others is crude, demeaning, derogatoryâ€.

As a black gay man, I was extremely offended and triggered by this painting. Sexual violence is prevalent in our communities, and although this predominantly affects women, men are also victims and survivors of sexual violence. Rees Mann, founder of South African Male Survivors of Sexual Abuse, told the Daily Vox that in 2015/16, out of the 26 806 sexual assault cases reported to the police, 10% of them were perpetrated against men.

Yet we live in a society that ridicules and normalises sexual violence against men. When rapper Jub Jub Maarohanye was sentenced to jail, Hawks spokesperson McIntosh Polela joked about the endemic sexual abuse in South African prisons, saying Maarohanye should be given a “jar of Vaseline to take to prison“.

Mabuluâ€™s painting further entrenches this stigma, deep within society. It is just as disgusting and insensitive as Zapiroâ€™s rape cartoon. It erases the experience of men who have been sexually violated and normalises a social ill.

Mabulu may have less of a public profile than Zapiro, but we shouldnâ€™t hold back our criticism of him and his art because of this. Or are we only incensed by rape imagery when women are involved or when brutal force is used?

*Editors’ note: This article has been updated with recent statistics on sexual violence against men