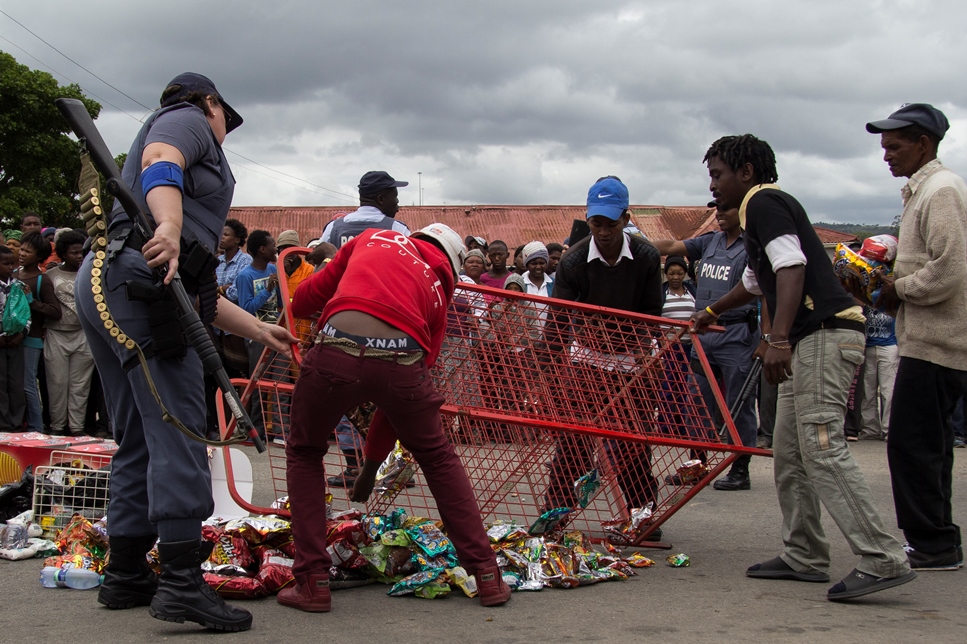 “They’re stealing our jobs” is a dangerous single story that fuels xenophobia and misdirects community anger.

It is ironic that in the same month that xenophobic violence erupted again in South Africa, our president called for “radical economic transformation” in his annual state of the nation address. Ironic, because much of the xenophobic violence in which poor, black South Africans are killing their neighbours is premised on the mob mentality that “foreigners steal our jobs” job creation being at the core of a radically transformed economy.

However, Zuma’s calling for anything “radical” is a publicity stunt; a feeble attempt of the African National Congress (ANC) to hijack the lingo of the zeitgeist and appear politically relevant to an impatient and cynical electorate. A fiscally conservative finance minister like Pravin Gordhan certainly was not going to heed the call for “radical” economic anything in his follow-up budget speech. It is more of the same: a postcolonial dependence on a Robin Hood economy. Unsurprisingly, millions of black South Africans are left to wallow in jobless, landless, foodless, dignity-less poverty, seething with anger; an anger festering like a septic wound, overpowering the ways in which decent human beings start to see the world.

Because once all of the ideological debates and rhetoric are stripped away from the phrase “radical economic transformation”, we are left with the very basic and reasonable idea that ultimately everyone wants access to dignity to earn a decent income and live a decent life. This includes seemingly radical ideas, such as getting ownership of land, getting access to means of production and capital, and getting access to quality higher education.

The foreign nationals being killed since the start of Jacob Zuma’s presidency – in Alexandra in 2008, in Isipingo and Durban in 2015, or Khayelitsha and Rosettenville in 2017 – are ironically not the foreign nationals who own land, who have access to the means of production and capital, or are vying for limited and expensive places in our higher education institutes (and certainly not the people applying for jobs that are going to be heavily taxed).

They are informal traders, shop owners, car guards, and innovative entrepreneurs who are barely making ends meet themselves. The imagined jobs that are being stolen do not exist. In a country where 26.5% of the employable population is unemployed, it is evident that our economy is anything but radical. Such calls for “radical” change have yet to be met with plans and processes that are structurally and philosophically different from whatever it is the ANC has been doing for the past 23 years.

So the problem remains: poor, black South Africans ignore or rationalise a failing government by discursively creating an illogical narrative in which non-existent jobs in a motionless economy are being stolen by people who are as desperate and disillusioned as they are.

“Stealing our jobs” becomes part of the social machinery fuelling lazy stereotypes that are intellectually dishonest and morally inexcusable, creating and maintaining a vicious cycle of discursive violence on foreign nationals, erupting in physical violence.

This kind of power wielded by South Africans is part of a despairing attempt to assert some kind any kind of control in a powerless situation of deprivation. But this narrative power must not be underestimated. Nigerian author Chimamanda Ngozi Adichie reminds us, “Power is the ability not just to tell the story of another person, but to make it the definitive story of that person”.

Single stories – they’re stealing our jobs – are not innocent exasperations; they are dangerous forewords to violent endings. Constructing, demonising, and dividing our fellow humans into foreign “others” has been the modus operandi of colonialism in Africa.

Present day xenophobia, as the narrative and material extension of these tactics, points to an enduring form of mental colonisation in which we turn against the very people who share our pain.

These perpetrators of violence have therefore misdiagnosed the problem, relying on the oldest form of fake news stereotypes to start an unjust war that is Afrophobic in its origins and will remain such as long as we do not change these justificatory narratives and types of conversations being had about each other. If anything, this anger needs to be channelled towards a lacklustre government intent on enriching itself at the top, while the masses kill each other for the breadcrumbs at the bottom.

Suntosh R Pillay is a clinical psychologist in public service, writer, and executive member of the Community and Social Psychology Division of PsySSA. 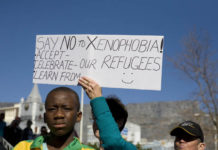