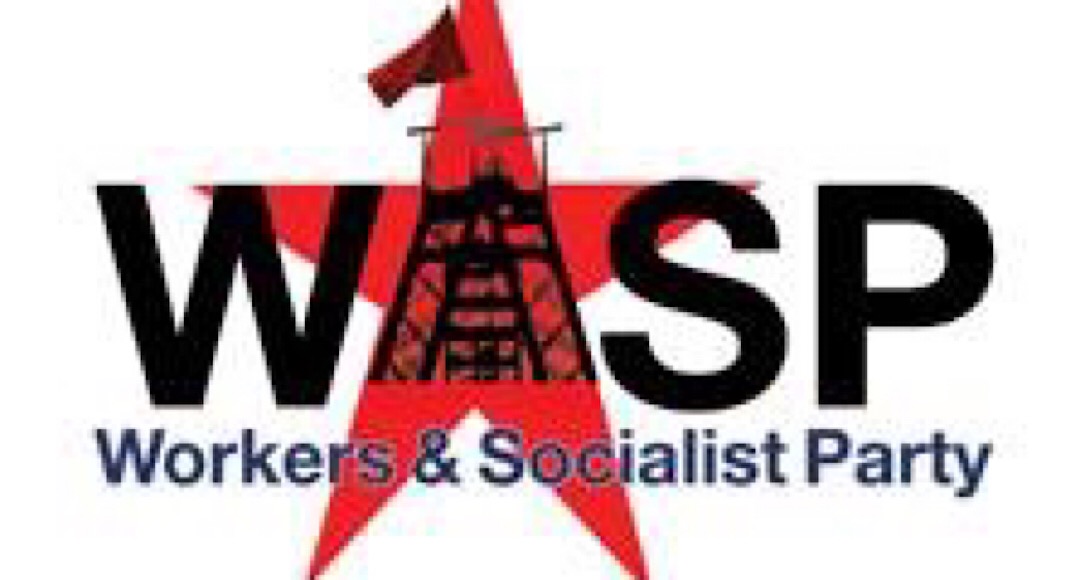 The Workers and Socialist Party (WASP) will not be taking part in the 2019 National Elections. Formed in 2013, the party competed in the 2014 elections achieving a low vote. This has not deterred the party. The party now wants to help establish a mass socialist movement for all South Africans. The Daily Vox team spoke to party leader Weizmann Hamilton.

Start of the party

WASP started post-Marikana. It was conceived December 15, 2012, says Hamilton during a meeting of the Independent National Strike Committee of Mineworkers. The strike committee led strikes throughout 2012 for a minimum R12,500 wage. The party was launched March 2013 aiming to represent the political aspirations of the working class and poor. Mametlwe Sebei, the party spokesperson at the time said the ruling African National Congress (ANC) did not represent the poor or working class.

Pre-Marikana the Democratic Socialist Movement (DSM) supported the efforts of the Independent Strike Committees to unite into a national independent strike committee. The national committee represented workers across the country. They negotiated with the mines but this came to naught when the Marikana massacre happened. “That’s when the search for a real alternative to the ANC became much sharper and intensified amongst the working class,” says Sebei.

“The strike committee was created together with the democratic socialist movement who decided to launch a party that was genuinely in the interests of the working class people on a socialist programme,” said Hamilton. He adds that in the wake of Marikana, the actions of the mining bosses were consistent with the colonial and apartheid mining bosses, and the capitalist class as a whole.

That led to the creation of WASP.

Why they aren’t contesting

They won’t be contesting the elections. Instead, WASP is calling on all socialist parties and movements in South Africa to unite behind the Saftu-led efforts to build a mass workers party based on a socialist programme. Hamilton says they started the party to establish socialism and that has been achieved. “We believe our legitimacy of establishing socialism as an alternative has been established,” he said.

In a statement from the party on the budget, they mention the creation of a mass workers party. Hamilton said: “It’s the responsibility of all socialist parties to abandon their separate issues and join the working class summit process into which all forces are invited.”

In 2018 a South African Federation of Trade Unions (SAFTU) summit was held.  Hamilton said that during the summit there was a decision to launch a mass working class party. “The process is a work in progress. The party has not been formally launched and will not be ready to contest the 2019 elections,” he said.

The statement mentions: “Both Saftu and the Working Class Summit have passed important resolutions in favour of creating a workers party that first and foremost unites the struggles of workers and communities. The need for the working class to win political power needs to be posed clearly and placed at the forefront of all working class struggle. Forward to a socialist mass workers party!”

As for the ruling The ANC and the Economic Freedom Fighters, Hamilton does not view them in a positive light. He thinks the ANC abandoned the principles of the Freedom Charter but more importantly, the Marikana Massacre exposed faultlines. “The illusions that the ANC was a party that represented the interests of the working class and would fulfil the fairly modest aspirations of people for a decent job and education and decent housing and healthcare,” Hamilton said.

According to Hamilton, the ANC does not support socialism and have no problems with the capitalist system. “That’s why there is a great need for a mass socialist party,” he said.

With the Economic Freedom Fighters (EFF), Hamilton credits WASP for their creation. He said the EFF recognised the appeal of socialist ideas brought by WASP. “The EFF represents the frustrated aspirations of the black capitalist class who had grown impatient at the failure of the ANC’s policies to create a black capitalist class,” said Hamilton.

He believes all the parties in parliament including the EFF accept that capitalism as the way and are incapable of thinking outside of private ownership of the means of production.

As the new broad-based socialist movement is still in its conception phase, the policies are still being formed. The one main policy that will definitely be there is the nationalisation of the economy under the demanding rights of the management of the working class. Other policies include free education, healthcare, and the election of officials under the condition of immediate recall if they betray the mandate of the party.

Hamilton says issues like gender-based violence and the environment amongst others can’t be solved unless any system besides under a planned socialist economy.