Home Features What do you mean, you don’t know who Prince is?
WhatsApp
Facebook
Twitter
Email
Print 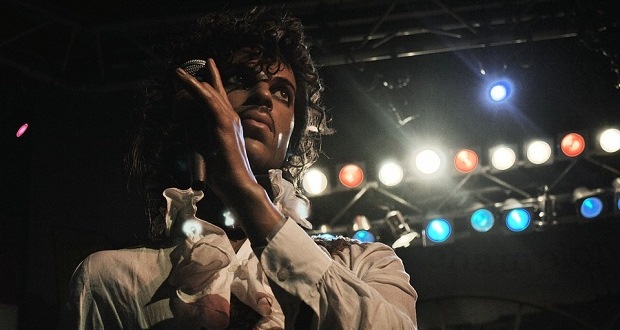 Prince, one of the greatest icons in music passed away yesterday. Our parents might be heartbroken, but what about the younger generation? If you, like other millennials, thought that Queen Elizabeth had to bury her son on her birthday, donâ€™t fret. DANA DA SILVA gives a roundup of why you should be missing him.

He was downright fabulous!

Say what you want, but no one could pull an ass-less one-piece outfit and a matching zebra top and bikini bottom (with thigh-highs), like Prince. He was a style icon and had the flamboyant style to prove it. Often wearing lots of purple, ruffled collars and glitter suits, he went for gender-bending costumes to match the themes of his music. No one will ever sparkle in purple like him again! NO ONE!

He was a sex symbol

It was also his style, sometimes wearing ass-less chaps, no shirt and heels, which helped turn him into a sex symbol. But, he wasnâ€™t a Channing Tatum or Zayn Malik type of sex symbol. He was a different kind altogether, devoted to pleasure and romance, not macho-ness. He was the ultimate flirt, seducing you with his sly smile and bedroom eyes as he would sing in sexual whispers. You canâ€™t deny. He was damn fine.

He was the best guitarist in the world

What helps make musicians sexy is the fact that they can play an instrument, and damn, could Prince play you a riff. A tweet went out yesterday saying, when Eric Clapton was asked what it feels like to be the best guitarist alive, he said, “I don’t know. Ask Prince.” The quote turned out to be fake but thereâ€™s a reason people believed it so readily. Prince was one of the greatest guitarists that ever lived. Have a listen to his guitar solo in â€œWhile My Guitar Gently Weeps.â€ Yes, it is that phenomenal – just skip to 3:27.

He was a musical pioneer

But he didnâ€™t just play the guitar, no, no, no. He recorded the majority of his music on his own, playing every instrument and singing all the vocals. Even the vocals on his gender-bending track “If I Was Your Girlfriend” which was said to belong to Prince’s female alter-ego, Camille. His music was a blend of R&B, funk, pop, and rock. For the time, it was a pioneering sound and it still impacts on the music industry today.

He’s won a heck of a lot of awards

His contributions to the musical world didnâ€™t go unnoticed. Prince became an international superstar in 1982 after his breakthrough album “1999.” Which may be why all you millennials have no clue who he was, but thatâ€™s still no excuse! His first major award was a Grammy for his Purple Rain album in 1984 and he also won a Grammy for writing “I Feel for You,” with Chaka Khan that same year. He went on to win another four Grammys and got inducted into the Rock and Roll Hall of Fame in 2004.

He stuck it to the man

It wasnâ€™t only his fashion sense that broke norms. He would often go against the music industry. His albums would be distributed to those who went to his concerts, when the idea was still new, and he planned tours on impulse, naming them “hit and run” shows. He renamed himself an unpronounceable symbol to protest his record contract and to refuse the online streaming of his music. Basically, Prince gave no shits.