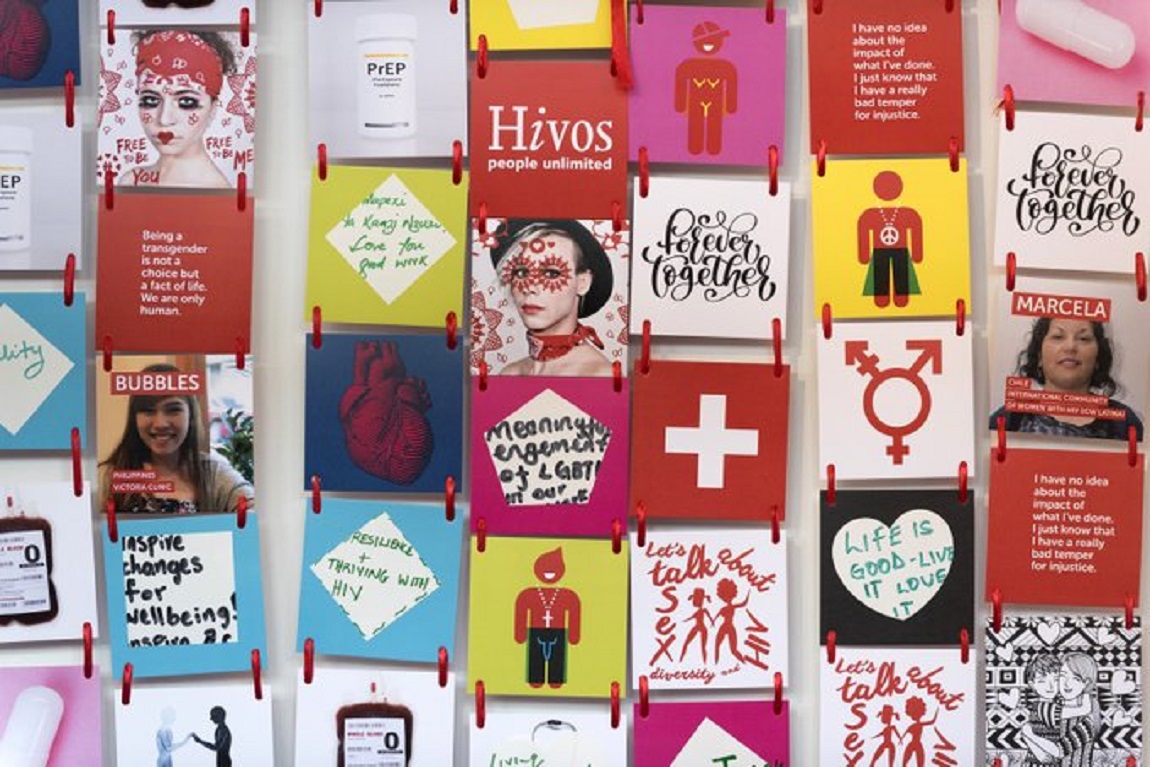 South African girls and adolescent women are more susceptible to contracting HIV than their male counterparts. This is, in part, due to their biology but also because of the various social ills that they face. The Daily Vox takes a gendered look at the HIV epidemic in South Africa.

The problem in statistics

Aids is the leading cause for adolescent death on the African continent. This is according to the United Nations Children’s Fund (UNICEF) and the United Nations Joint Programme on HIV/AIDS (UNAIDS) recent report All In, in Eastern and Southern Africa: Catalysing the HIV response for adolescents. The report shows that women and girls are more susceptible to contracting HIV on the continent than men and boys.

South Africa is no exception, in fact the rate at which South African adolescent girls and young women are contracting HIV is particularly alarming.

“Adolescent girls and young women remain the most vulnerable to new HIV infections, unplanned pregnancy, and sexual violence,” US Embassy Deputy Spokesperson Caroline Schneider said in an interview with The Daily Vox.

Young women in their early 20s are four times more likely to be HIV positive than their male peers. With approximately 2000 new HIV infections each week – or 100,000 of the 270,000 new infections per year -, this means that one new infection occurs every five minutes.

There are numerous reasons for these distressing statistics, which are both biological and social.

Factors that inform the problem

For starters, women are biologically more susceptible to contracting HIV. “This is because the vaginal wall can get microscopic tears during sex and that allows the virus to go in, the virus also stays within the vagina longer,” Unicef southern and eastern Africa Senior HIV Specialist Laurie Gulaid said in an interview with The Daily Vox.

Then there are the various social causes. Young women have challenges unique to their own circumstances. It’s important to recognise that patriarchy and traditional male norms create a gender inequity that informs the statistics. The South African context can also be understood as one with high incidents of sexual and gender-based violence and widespread poverty and unemployment.

Other causes include misinformation about risks and risk behaviours, a perception of low risk among youth, and reduced condom use and education. It’s not always easy for young women to negotiate the use of a condom, Gulaid said.

Young women are particularly vulnerable to being pressured and manipulated by boys into having sex. “The boys use different myths to manipulate girls into having sex with them; some even go as far as saying that they would literally die or go insane if they don’t have sex, so the girls feel afraid for them. Girls often have unprotected sex to try to keep their boy happy and make him stay in the relationship,” HIV/Aids health care worker Thabile Msezane said.

Negotiating the use of a condom is even more difficult for young women in relationships with older men who support them materially. Transactional and intergenerational sex are also causes in some cases as young women are economically dependent on men.

“Sometimes young women come from an underprivileged background, and get to be in a space with a man who provides for them. If you have a guy who is willing to provide for you, when he tells you let’s have sex without a condom, it feels like you’re rewarding him for all the good that he is doing in your life,” HIV youth advocate Saidy Brown said in an interview with The Daily Vox.

There is also a stigma around young women’s sexuality, not mentioning a stigma against HIV and Aids as well. “Young women are shamed for having sex,” Brown said, “we don’t talk to them about sex. When young women ask questions about sex we slut-shame them. Even in clinics, even in schools.”

How should we respond

It’s evident that the issues young women face are much broader than HIV. Tackling HIV alone will not solve the problems they face.

“Investing in women and girls’ education is important across all categories, including health care,” Schneider said. This needs to include a comprehensive sex education.

“We cannot talk about HIV and not talk about sex. HIV is a broad virus that can infect you in different ways but we all know the one way. We associate it with one particular one: sex. It’s impossible for us to say, “don’t get infected by HIV” but we don’t talk about sex. Us not not talking about it is not going to stop young people from having sex,” Brown said.

Adolescents are important in the response to HIV/Aids, not just as people at risk but to find solutions. “We need to create a space where young people are able to voice their opinions,” Brown said.

Who better to think of solutions than the young people who understand the problem?

In South Africa, there are several initiatives that provide a multipronged approach to curbing the HIV epidemic and toward realising an Aids-free generation.

The United States, with US President’s Emergency Plan for Aids Relief or PEPFAR*, has invested in initiatives for adolescent girls and young women in South Africa. It’s DREAMS initiative was launched to help girls develop into Determined, Resilient, Empowered, AIDS-free, Mentored, and Safe women.

There is also the South Africa’s She Conquers, a three-year national campaign that aims to improve the lives of adolescent girls and young women in South Africa. Some of it’s interventions include increasing access to health, educational, job and academic services and working with young people to discover their needs and provide solutions.

AIDS Foundation South Africa is another organisation that works towards curbing HIV and Aids. It runs a variety of interventions including teaching girls about their bodies, fostering better communication between young men and women,and empowering parents to guide their children on sex and sexuality.

The response has to evolve as the social drivers of the disease evolves. Reaching an Aids-free generation will only be possible once we have addressed the societal ills that young women face in South Africa.