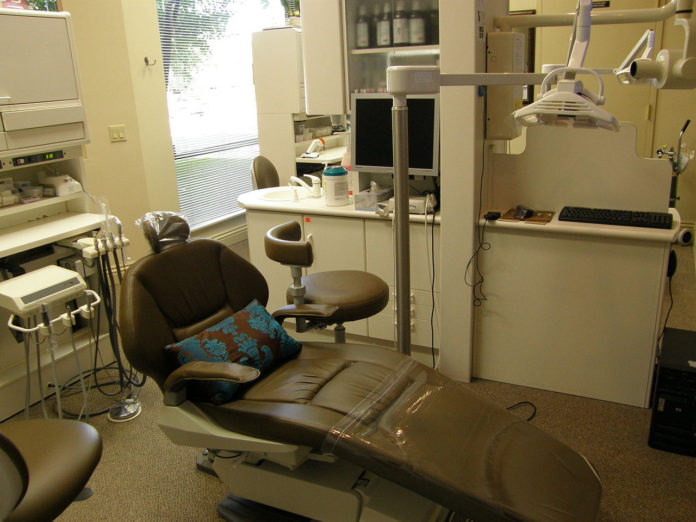 University of Witwatersrand (Wits) dental school students say they are in danger of being shut down. This is if they are evicted from Charlotte Maxeke Johannesburg Academic Hospital (CMJAH).

“Wits must look at having a Wits-owned facility to solve this problem. Our main concern is a facility being provided for us to be taught at,” said Sicaba.

The closure of CMJAH for repairs after the fire in April this year led to three to four months  of clinical training lost, Sicaba said. The fire destroyed a large part of the hospital, and may only be fully operational in two years’ time.

Sicaba says students met with the dean of health sciences, Professor Shabi Madhi, on August 18 to discuss their concerns about the academic year and the current facility. Sicaba said they expressed their dissatisfaction with safety hazards at CMJAH, and the time needed to make up the academic year.

As reported in the student publication, the Wits Vuvuzela, after the August 18 meeting, a mutual agreement was made to extend the academic calendar due to the circumstances at CMJAH.

Wits Vuvuzela reported that dental students staged a protest on August 13 after they felt their concerns were not being handled by their Head of School, Professor Simon Nemutandani.

“They are shying away from responsibility, and not taking any initiative. The dean could have just said they have a long-term plan for us. They are not even trying to get us a facility. They are just not willing to do anything,” Sibaca said.

Sicaba says other institutions own their facilities, and the department of health’s only responsibility is to provide funding.

In a letter of demands, seen by The Daily Vox, students have called on the university to take  responsibility and create a safe and healthy training space with sufficient resources for the specialized training. Additionally students have demanded a facility for training in the next six months. They also want a written contingency plan if they are evicted from the hospital.

The concerns from students

In an Instagram post that reached over 8000 likes, the dental school students’ concerns about the training facility were raised.  The post stated that Madhi deferred responsibility of a training facility to the Gauteng department of health. The students are also concerned about where their tuition monies are being channeled to.

Madhi said he had engaged with the Gauteng Department of Health about the reopening of CMJAH. Madhi said the CMJAH closure affects training across all disciplines,and that the dental school was operating at 60%, and not able to accommodate all the students. He acknowledged the disappointment of an extension by students, and said they will allow students to graduate who show competency.

Student representatives have said there is a break in communication, and that they were falsely led about the CMJAH reopening.

In a press release, Shirona Patel, Wits spokesperson, said the CMJAH fire was unfortunate, and severely impacted the Wits clinical training programmes. The university is working tirelessly to ensure the academic programme is completed. The university is also in discussions with the hospital management and the Gauteng Department of Health, she said.

“There has been some misinformation that has been spread on social media suggesting the closure of the school. We would like to state unequivocally that no such decision has been made by the University and we encourage staff, students, parents, the media and members of the community to read communication from the Faculty, and not rely on some of the fake news circulating on social media,” said Patel.